(Berlin) – The Polish government has used its majority in parliament to pass laws that weaken checks and balances on the executive, undermine the rule of law and threaten a broad range of human rights, Human Rights Watch said in a report released today.

The 37-page report, “Eroding Checks and Balances: Rule of Law and Human Rights Under Attack in Poland,” analyzes the negative impact on human rights, judicial independence and the rule of law resulting from legal changes introduced by the Law and Justice Party since it came into power in October 2015. The government has largely ignored criticism from the European Union and the Council of Europe and instead moved ahead with efforts to eliminate checks on its authority, weaken human rights protection, and shrink the space for dissenting voices. 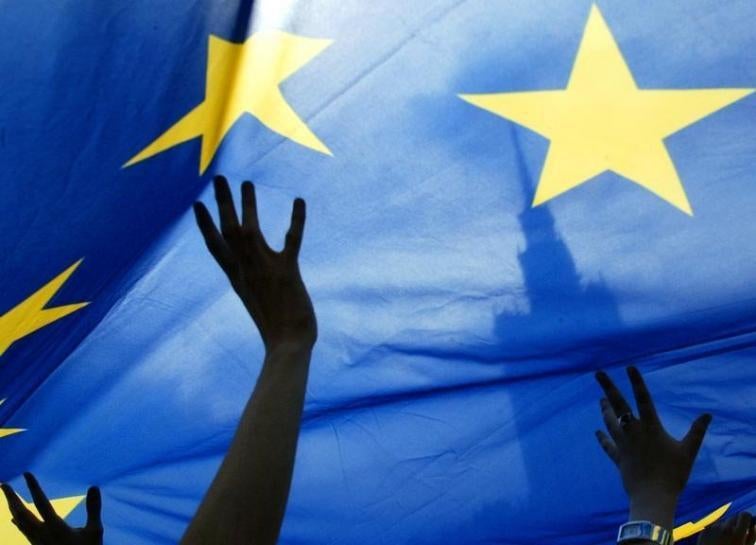 Essential Reading
“Since coming to power, Poland’s government has systematically sought to erode the rule of law and human rights protection, and ignored advice from its partners about the need to change course,” said Lydia Gall, Balkans and Eastern Europe researcher at Human Rights Watch. “The European Union should act to defend its values and the rights of people in Poland.”
Since it won the elections in October 2015, the ruling PiS party has adopted legislation obstructing the work of the Constitutional Tribunal, enabling political interference in appointing and dismissing judges, curbing media freedom, further restricting women’s reproductive rights, and limiting freedom of assembly. It has also granted the security service excessive surveillance powers – including arbitrarily targeting foreigners – in the name of addressing terrorism, put pressure on nongovernmental groups, and violated asylum seekers’ rights.
The Polish government’s actions have come under repeated criticism by the European Commission, the European Parliament, and expert bodies at the Council of Europe and the Organization for Security and Cooperation in Europe. The government has ignored and dismissed most of these criticisms and largely failed to follow any recommendations.
In January 2016, the European Commission activated its “rule of law mechanism” against Poland – the first time the process had been used. It is intended to give the EU the ability to address threats to human rights and the rule of law in a holistic way, rather than issue by issue.

Rule of Law and Human Rights Under Attack in Poland

The Commission has issued three sets of recommendations on the rule of law in Poland. In each case, the Polish government has failed to act on most recommendations. The Commission stated in July 2017 that it was willing to trigger the procedure under article 7(1) of the EU treaty, which allows the EU to act when the actions of a member state create a “clear risk of a serious breach” of the EU’s founding values, including human rights and the rule of law. If approved by EU member states in the EU Council, the process can ultimately result in the suspension of a state’s voting rights in the Council.
The government has refused to implement several judgments by Poland’s Constitutional Tribunal, and unlawfully appointed three judges to its bench. It has also rammed legislation through parliament to allow the government to control the appointment of common courts judges. The president vetoed two laws that would have given the executive greater control over judicial appointments and allowed it to remove supreme court judges. But the president sent amended versions back to parliament with many of the same defects. Both remain under discussion.
New media laws allowed PiS to replace the management of public service media, and establish a new media regulator, the National Media Council, with politically appointed members.
Legal changes related to counterterrorism give excessive power to security services for surveillance of foreign nationals on discriminatory and arbitrary grounds without effective judicial review.
Although Poland has one of the most restrictive abortion laws in Europe, new legislation limits the sale of emergency contraception, the so called “morning-after-pill,” including in cases of rape. It was previously sold over the counter at pharmacies, but now girls and women must see a doctor to get a prescription.
Polish authorities repeatedly deny asylum seekers access to the asylum procedure at the Poland-Belarus border and, in violation of EU and international refugee law, summarily return them to Belarus without assessing their claims. Polish border guards have ignored binding European Court of Human Rights orders to halt summary returns of asylum seekers to Belarus.
The government has also hampered the work of independent organizations with legislation that gives priority to government approved assemblies, bans protests against such assemblies, and interferes with funding of nongovernmental organizations.
Polish authorities should work closely with European institutions to ensure that laws and policies meet European and international human law standards, Human Rights Watch said. Human Rights Watch made recommendations to bring Poland’s policy and practice in line with European and international human rights law, and to ensure respect for the rule of law.
“Poland is heading down the same authoritarian road as Hungary, with a government that has repeatedly shown its contempt for the rule of law and fundamental rights,” Gall said. “After two years of fruitless dialogue with the Polish government, the Commission, with the backing of EU member states, should use the full extent of its powers under the rule of law framework, and trigger article 7(1).”