This week, media reports announced that Armenian authorities charged the director of an orphanage for children with disabilities with allegedly embezzling the equivalent of US$95,000 over three years.


The charges were leveled against her last year – the same year that I researched abuses in Armenia’s orphanages. In fact, I made multiple visits to Yerevan’s Marie Izmirlyan orphanage, where the woman charged – Hasmik Mkrtchyan – is director and responsible for over 100 children with disabilities. Whether or not there is any substance to the charges, the orphanage she ran is a prime example of everything that’s wrong with Armenia’s system of closed institutions.

That orphanage, like other closed residential institutions in Armenia, is overwhelmingly home to children who have parents or other relatives who could care for them. But children with disabilities frequently end up in orphanages because the government and many donors pour money into these institutions, instead of supporting families and developing services in communities. 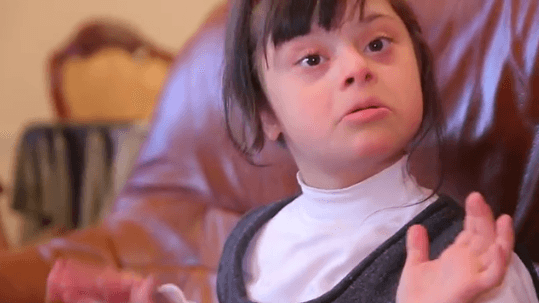 A Long Journey Home for a Baby With Disabilities
Families face an impossible choice: place their child in an orphanage with the hope of getting them health, rehabilitation, and other services, or keep the child at home, without access to such services.

Marie Izmirlyan orphanage has state-of-the-art facilities, including an indoor swimming pool, a therapeutic whirlpool, and a “salt therapy” room funded by a private donor. Yet, in four visits to the orphanage on different days and times of day, I only ever saw one child in the therapy rooms. Instead, I saw the same children in the same rooms, including 15 children who spent most of their lives lying in beds, with just two caregivers. Some of them were bound to their beds with cloth ties.

Supporting closed institutions is not only wasteful, but harmful to children. Years of social science research has shown that institutions are in themselves disabling. Children who grow up there do not get the nurture and care necessary for their intellectual, emotional, and physical development. Children growing up in institutions are likely to remain institutionalized their whole lives, isolated, with no independence or meaningful life choices.

The government and donors instead should help families to care for their children by moving services out of institutions and into communities where families can access them. It’s economically more efficient. But more importantly, it protects children from the harms of institutionalization.