Last February, when Iran hosted a major international beach volleyball competition, Mina took a huge risk. She traveled to the games, in an attempt to enter the stadium and cheer Iran’s team on in person.

It was a risk because Iran has banned women from watching men’s volleyball – a national obsession – in stadiums since 2012. Over the past few years, interest in volleyball has surged as the national team became an international powerhouse and qualified for the summer Olympics. 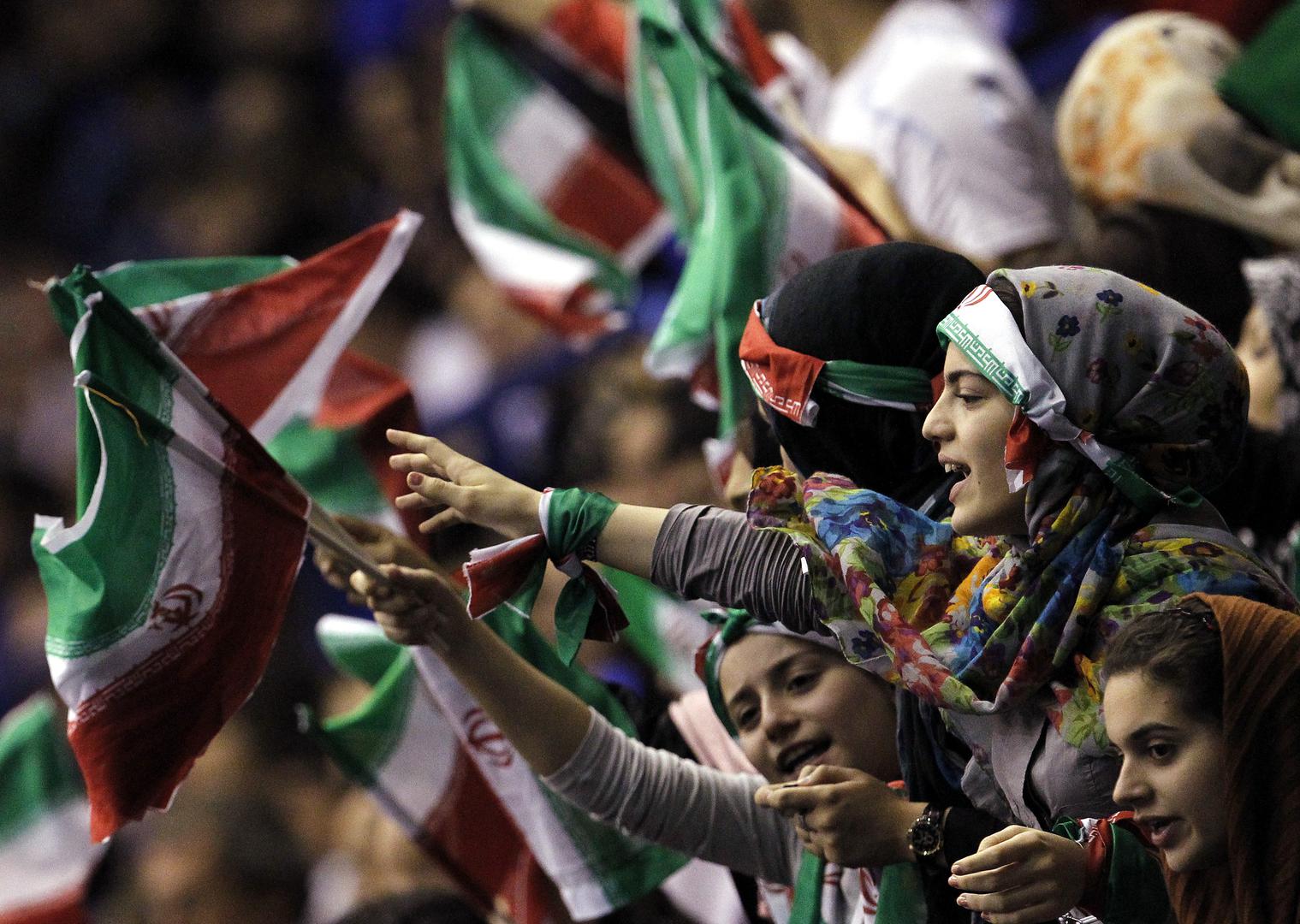 Speak out against Iran’s ban on women in stadiums!

But that never happened. Mina was turned away at the gate by a security guard. She ended up watching the matches from the rooftop of a nearby café, together with other female fans. That is, until authorities stopped allowing women onto the roof.

Iran has long banned women from attending men’s soccer matches, at least partly on the theory that women shouldn’t hear male fans swear and curse. But when they expanded the ban to volleyball, that excuse didn’t cut it anymore, Mina said – volleyball games have been historically family-friendly.

Mina, together with the other activists, has been dedicated to upending this stadium ban for a decade. “Excluding women from stadiums is part of excluding women from society,” she says. “Iran has to see the consequences for not letting women go to the stadium.”

Growing up in Iran, Mina only had to look at her family to see how women were discriminated against. When she was 9, her father passed away. Because she didn’t have brothers, only sisters, her paternal grandfather became the girls’ guardian and inherited the money. “My mother had given birth to us, and we were living in my mom’s house,” but still she wasn’t considered worthy in the eyes of the law.

“I was fortunate that my grandfather really loved my mom and gave her custody of her children, money and everything she needed,” she said. “He was a good man.”

Mina, born in the 80s, grew up thinking about the Iran- Iraq war, not sports. But as a teenager – when Iran’s national football team began winning games – she joined much of the rest of the country in becoming an avid football fan.

But unlike men, boys, she couldn’t see a game live. “When you’re a super fan and you can’t watch it, it’s really annoying,” she said.

So she, together with her mother, watched live volleyball instead.

Mina remembers the exact moment when she jumped from being a fan to an activist. She was in her 20s. Iran’s soccer team were playing the qualifying match against Bahrain to qualify for the 2006 World Cup in Tehran. Near the stadium Mina watched as a group of women marched by, chanting, demanding to watch the game.

“For the first time after the revolution [of 1978] women showed that they wanted to go to the stadium,” she said. As a woman and massive sports fan, she embraced their cause.

That year, she started protesting. At first, police would tear up the women’s billboards or posters, so they began writing slogans – like “I share half of the Freedom” – on their scarves, knowing police would never pull those off. “Freedom” in Persian is “azadi,” which is also ironically the name of Tehran’s stadium.

In 2013, Iran elected a new president, Hassan Rouhani, who spoke of some reforms. At the same time, the former president of the international football federation (FIFA) visited Iran with his female colleagues. Mina saw this as an opportunity to elevate her work.

Mina laughs easily and often, and says she isn’t afraid of being an activist in Iran. But she understands the potentially serious consequences of her activism. She uses fake names when talking to the media and refuses to let people take her picture.

True, Mina knows two girls who were picked up for sneaking into games wearing boys clothes, their only punishment being a call to their parents. However, not everyone gets off so easy. In 2014 authorities arrested Iranian-British woman Ghoncheh Ghavami along with some 20 others when they tried attending a World League volleyball match. They were released, but Ghavami was rearrested and charged with ‘propaganda against the state.” She was imprisoned, spending time in solitary, for nearly 5 months.

Despite the danger, Mina’s family supports her activism. Her mother, sisters, and grandmother are all sports fans. “No matter the time of day, we’re always watching live matches, football, volleyball,” she said. “Last week we were watching wrestling – it was the world cup in LA, our team was in championship, and it was 5 a.m. It’s our hobby.”

In fact, Mina was watching a soccer game on television as we spoke. “We just updated our satellite dish,” she said.

She said some clerics say that women who want to go to stadium are not Islamic. “That’s not true,” Mina counters. “My mother – my whole family, really – is religious, and they love volleyball and football. And It’s not just me and my family.”

More pressure on Iran needs to come from the FIVB, Mina believes, which has back-tracked twice on their promise to Human Rights Watch to help allow women into Iran’s volleyball games, and FIFA, which no longer allows Iran to host football games. Both have anti-discrimination language in their charter. Since Iran has qualified for the Olympics, the country’s official discrimination also runs afoul of the Olympic Committee charter.

Mina believes president Rouhani has the power to take on the hardliners and allow women into stadiums. “The FIVB says, “We want volleyball to be a family sport,” she said. “But there is no family without women.”

Recently, three or four women were caught sneaking into a football stadium used by Iran’s Esteghlal team, as they wanted to see their team train for the new season. When security officers stopped them, boys and men in the stands protested, saying that the women should be there.

“It was a great moment for me, because it’s true, they should be there,” she said. Now if only Iran’s government would act accordingly.