(Nairobi) – Sudanese security forces have used sexual violence, intimidation, and other forms of abuse to silence female human rights defenders across the country, Human Rights Watch said in a report released today. The government should investigate all alleged abuses, hold those responsible to account, and undertake legislative reforms to protect women’s rights. 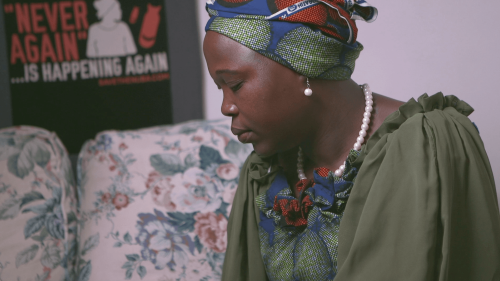 The 61-page report, “‘Good Girls Don’t Protest’: Repression and Abuse of Women Human Rights Defenders, Activists, and Protesters in Sudan,” documents efforts by Sudanese authorities to silence women who are involved in protests, rights campaigns, and other public action, and who provide social services and legal aid, as well as journalists. Women engaged in these efforts are targeted with a range of abuses, from rape and rape threats, to deliberate efforts to tar their reputations. Their male counterparts may be less likely to experience some of these abuses.

Repression and Abuse of Women Human Rights Defenders, Activists, and Protesters in Sudan


“Sudanese women who defend human rights experience political repression like their male colleagues but are also vulnerable to sexual assault and intimidation because they are women,” said Daniel Bekele, Africa director at Human Rights Watch. “Sudanese security officials often take advantage of discriminatory laws and social conventions to silence them.”

Human Rights Watch documented more than a dozen cases in which security officials raped or threatened to rape women activists, often in the context of arbitrary detention. The women were often warned not to speak of the abuse; some have fled the country.

“They said, ‘you women activists and party members, you are all sharmuta [whores],’” recalled one activist, who was arrested in April 2015, on her way to distribute pamphlets urging voters to boycott elections. “I said I work in what I believe. Then they started kicking me and one of them took his trousers off and started raping me.” Following her release, security officers rearrested her and threatened her against speaking out about the rape.

The abuses appear to have increased as public protests and demonstrations escalated following the Arab uprisings, the secession of South Sudan in 2011, Sudan’s economic downturn, and the proliferation of new wars in Southern Kordofan and Blue Nile. In addition to participating in protests, many women have been actively voicing many grievances through smaller demonstrations, speeches, writing, and other forms of expression.

In the wake of an initial wave of youth-led protests in early 2011, security officers in Khartoum sexually abused female activists, including Safiya Ishaq, a member of the group Girifna (“we are fed up”), whose alleged assault and rape was widely reported. The government denied the rape and several journalists were charged with crimes for reporting it. Activists from Nuba Mountains and Darfur allege that they were detained and raped – or threatened with rape – and racially insulted.

In October 2014, security officers beat and sexually harassed Darfuri female students protesting their eviction from a dormitory in Khartoum University. One of the leaders, detained for more than a month, said security officers raped her several times in detention. She says that she was also warned not to speak of the rape. She has fled the country.

During the April 2015 elections, security officials arrested a well-known youth activist, Sandra Kadouda, on her way to a meeting. She reappeared, after three days in detention, badly bruised. The national security agency denied responsibility for the arrest but threatened her and others against speaking out and censored newspaper coverage of the case.

As far as Human Rights Watch has been able to determine, no security officer has been disciplined or prosecuted for rape, sexual assault, or harassment of activists. Sudan has consistently denied the scale of sexual violence by its forces, especially in Darfur. Laws such as the National Security Act of 2010, which gives national security officers wide-ranging powers, effectively shield individual officers from prosecution.

“The government’s failure to investigate allegations of sexual violence and harassment contributes to the hostile environment for female activists,” Bekele said.

Sudan’s vaguely defined public morality laws discriminate against women, prescribing their manner of dress, limiting their movement and role in public life, and imposing humiliating corporal punishments of lashing and stoning. Many activists told Human Rights Watch they felt constrained by the laws.

Police and security officers have dispersed protests against these laws by arresting participants. On March 12, 2016, authorities forced the cancellation of a meeting at which a women’s rights activist, Amal Habani, was to speak against the morality laws.

Security officers have intimidated women by threatening their reputations, Human Rights Watch found. One youth activist, released after three days of detention for protesting, said the security agents who detained her told her father, “that I am following males who use drugs and drink and I will lose my reputation and will destroy his also.” Her family forced her to stop her work.

A Nuba student, active against the conflict in Southern Kordofan, told researchers that after national security officials pressured her family in early 2013 to stop her activism, her brother beat her and detained her in the house for months. Security officials “do not need to detain us anymore,” she told Human Rights Watch. “The family members can do their jobs for them.”

Many women said they felt that they had no choice but to abandon their work or flee the country, leaving careers and family behind. Sudanese and international organizations should do more to support women rights defenders.

Sudan continues to crack down harshly on protests and restrict media and independent civil society across the board. On February 29, 2016, national security officials raided the Khartoum-based group Tracks for Training and Human Development, for the second time in a year, and as of mid-March, have been interrogating some staff members on a near-daily basis. In July 2014, Salmmah Center, a women’s group, was summarily shut down, its assets seized and auctioned.

Human Rights Watch has long urged the Sudanese government to reform repressive laws, such as the national security act, and discriminatory public order and morality laws. The government should repeal the penalties of flogging, stoning, and other corporal punishments that amount to inhuman and degrading treatment that violates human rights conventions Sudan has ratified.

“Sudan’s leaders have fostered a hostile atmosphere for women activists,” Bekele said. “Now they need to take concrete action to end these abuses and lift restrictions.