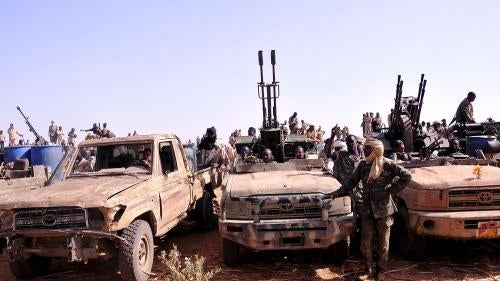 Government forces committed serious attacks against civilians, including widespread killings, rape, and destruction of property, in the conflicts in Darfur, South Kordofan, and Blue Nile states. Sudanese authorities restricted civil society and independent media, and suppressed protests and demonstrations. President Omar al-Bashir was re-elected in April 2015 in a poll that did not meet international standards for free and fair elections. Sudan has yet to adopt a constitution since the Comprehensive Peace Agreement’s six-year interim period ended in 2011. The ruling National Congress Party and opposition parties remain deadlocked over a national dialogue process that was to pave the way for elections and a new constitution.

In December 2014, President Bashir announced the resumption of “Operation Decisive Summer,” a military campaign that began in February 2014 against armed rebel groups in Darfur. The operation was led by the Rapid Support Forces (RSF), a Sudanese government force consisting largely of pro-government militias under the control of its National Intelligence and Security Service. 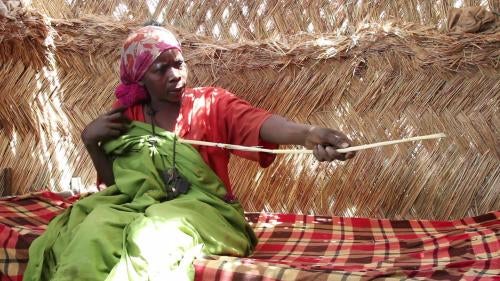 Between December and April 2015, the RSF and other government forces attacked villages and towns, mostly in the Jebel Marra region. They were responsible for serious abuses against the civilian population—including killings, rape, torture, mass displacement, destruction of property, and looting of livestock—that may amount to crimes against humanity. In January 2015, RSF soldiers raped scores of women and girls in and around the town of Golo.

The government blocked the African Union/United Nations peacekeeping mission, UNAMID, from much of the Jebel Marra region, and from investigating allegations of mass rape and other abuses by government forces that occurred in October and November 2014 in Tabit, North Darfur. Although the peacekeepers were briefly allowed into Tabit, where Sudanese armed forces raped at least 200 women in a 36-hour period, government security forces accompanying the peacekeepers compromised the integrity of their investigation. Neither the UN nor any international aid organizations have been able to access the town and provide victims with medical or psycho-social care.

UNAMID has been largely ineffective in protecting civilians from violence, hampered by Sudan’s denial of access to areas affected by conflict. Jebel Marra, for example, where tens of thousands are still displaced, has not been accessed for several years. Attacks and security threats against mission personnel have also undermined its effectiveness.

Unlawful attacks on civilians by government forces, carried out through aerial bombardment and ground forces in Southern Kordofan caused civilian casualties, including the deaths of at least 26 children in 2014 and 2015, some burned alive or blown to pieces after bombs or shells landed on their homes. Government bombing included what appeared to be targeted attacks on medical clinics.

The fighting and attacks on civilians destroyed homes and property and caused thousands to flee into crowded refugee camps in South Sudan. Government aircraft also dropped cluster munitions on Um Dorein and Delami counties, Southern Kordofan, in February and March 2015. Although the Convention on Cluster Munitions, which enjoys broad international support, prohibits their use, Sudan is not yet a party to this treaty.

In May 2015, government attacks on villages in Blue Nile caused large scale displacement of people from the Bau locality. Sudanese groups reported that at least three villages were burned by government forces, and people were forced to move to government strongholds. Residents were threatened with arrest or were detained if they did not leave.

The government has barred humanitarian agencies from working in rebel-held areas of Southern Kordofan and Blue Nile, and has failed to agree with SPLM-N on terms for humanitarian access, including for a UN emergency polio vaccination campaign. As a result, the majority of children born in rebel-held areas have not been vaccinated against preventable diseases. Health workers received almost 2,000 suspected measles cases during an outbreak in Southern Kordofan between April and December 2014.

On December 6 and 7, 2014, human rights defender Amin Mekki Medani, political opposition leader Farouq Abu Eissa, and political activist Farah Ibrahim Alagar, were arrested in connection with their support for the opposition declaration, “Sudan Call,” and detained for four months. They were held incommunicado for 15 days before being transferred to Kober prison and charged with crimes against the state, which carry the death penalty. They were released on April 9, 2015, after the minister of justice exercised discretionary powers to drop the case.

In the lead up to, during, and after the national elections, from April 13 to 16, 2015, security forces arrested dozens of opposition party members, students, and political activists campaigning for an elections boycott. Many reported they were detained for several days and subjected to harsh beatings before being released without charge.

In mid-April, a well-known female activist appeared in public bruised and beaten after three days’ detention. National security denied responsibility and brought defamation charges against her. On April 16, a human rights trainer, Adil Bakheet was detained for 17 days in police custody and charged with crimes against the state for his participation in a voter education training. In May, two activists were detained in connection with speaking about sexual harassment and corruption, then released without being charged.

In August, national security agents continued to detain political activists, including members of the Sudanese Congress Party (SCP) engaged in public demonstrations against government policies. Several were subjected to violence and abuse and required to report daily to NISS.

Sudanese security forces used excessive force to break up demonstrations over a range of issues, and prevented or restricted public events, particularly in the lead up to the general elections. In April, police and military fired tear gas and live bullets at protesters at a rally in a displaced persons camp in Central Darfur. Police raided El Fasher University in North Darfur, using tear gas to break up a group calling for an elections boycott, and arresting around 29 students.

Authorities also clamped down on civil society groups. In March, security agents raided the Tracks for Training and Human Development office, seized computers and other assets, and accused staff of supporting an elections boycott. In late December 2014 and January 2015, authorities revoked the licenses of three cultural organizations without providing reasons, and shut down a book fair and cultural event in Khartoum.

On December 21, 2014, agents raided the Sudanese Human Rights Monitor while it was hosting a meeting to prepare for Sudan’s Universal Periodic Review at the UN Human Rights Council. The Monitor was founded by Dr. Amin Mekki Medani, who had been detained on December 6 for four months in connection with his support for the “Sudan Call” declaration.

Authorities also continued to restrict media. National security agents seized print runs of 14 newspapers on February 16, and 10 newspapers on May 25, apparently because of articles on sensitive topics. In January 2015, the editor-in-chief of Al Midan, an opposition daily, was charged with crimes against the state for articles quoting a rebel commander, and faces the death penalty. In July, three journalists were arrested while covering a doctor’s strike in Gedarif.

The NISS has broad powers of arrest and detention for up to four-and-a-half months without judicial review, months beyond the international standard. Amendments to the constitution in January 2015 further empowered the NISS by designating it as a regular force with a mandate of combatting a wide range of political and social threats and taking precautionary measures against them. The service is known for its abusive tactics, including torture, against real or perceived political opponents.

In February, Sudan made amendments to the criminal code that could reduce the risk of women being accused of adultery when they report rape. However, the government has failed to implement various other reforms, including laws governing media, voluntary organizations, and public order regime.

The authorities continued to apply Sharia (Islamic law) sanctions that violate international prohibitions on cruel, inhuman, or degrading punishment. The penalties are applied disproportionately to women and girls, typically for “crimes” such as adultery or violations of morality codes.

The ongoing conflict in South Sudan and accusations of Sudan’s support to armed opposition there continued to undermine progress on outstanding issues, such as border demarcation, security, and status of the contested area of Abyei, as required in the 2012 cooperation agreement.

In May 2015, the UN special rapporteur on violence against women traveled to Sudan for the first time in over a decade; her report is expected in 2016. In September 2015, the Human Rights Council extended the mandate of the independent expert for one year and urged the government of Sudan to initiate an independent public inquiry into the shooting of demonstrators in September 2014 and March 2014 and to investigate human rights violations in camps for the internally displaced.

March 2015 marked the 10-year anniversary of the Security Council’s referral of the situation in Darfur to the International Criminal Court (ICC). Since then, the ICC has issued arrest warrants for five individuals, including President al-Bashir, for war crimes, crimes against humanity, and genocide in connection with atrocities in Darfur. Sudan has refused to cooperate with the court in any of the cases. In December 2014, ICC Chief Prosecutor Fatou Bensouda told the UN Security Council that she was “hibernating” her investigations on Darfur and urged the council to make “a dramatic shift” in its approach to responding to states that do not cooperate with the court’s requests on arresting Darfur suspects.

Al-Bashir remains a fugitive, but his travel has been restricted. A number of anticipated trips abroad have been cancelled, rescheduled, or relocated amid diplomatic and public outcry, particularly by African civil society groups.