The tell-tale signs of a devastating attack are obvious – even via satellite.

Satellite images of the remote, gold mining village of Camp Bangui in the Central African Republic show dozens of black “burn scars” –  all that is left of more than 200 homes reduced to ashes following a November 10 attack by former Seleka fighters who have been wreaking havoc in the region.

The images, recorded the morning of November 23, 2013, show large portions of the village have been burnt to the ground likely by arson, leaving more 235 buildings – around half the village - destroyed. The commanding officer during the attack on Camp Bangui, General Abdallah Hamat, told Human Rights Watch that only four homes were burned during fighting. 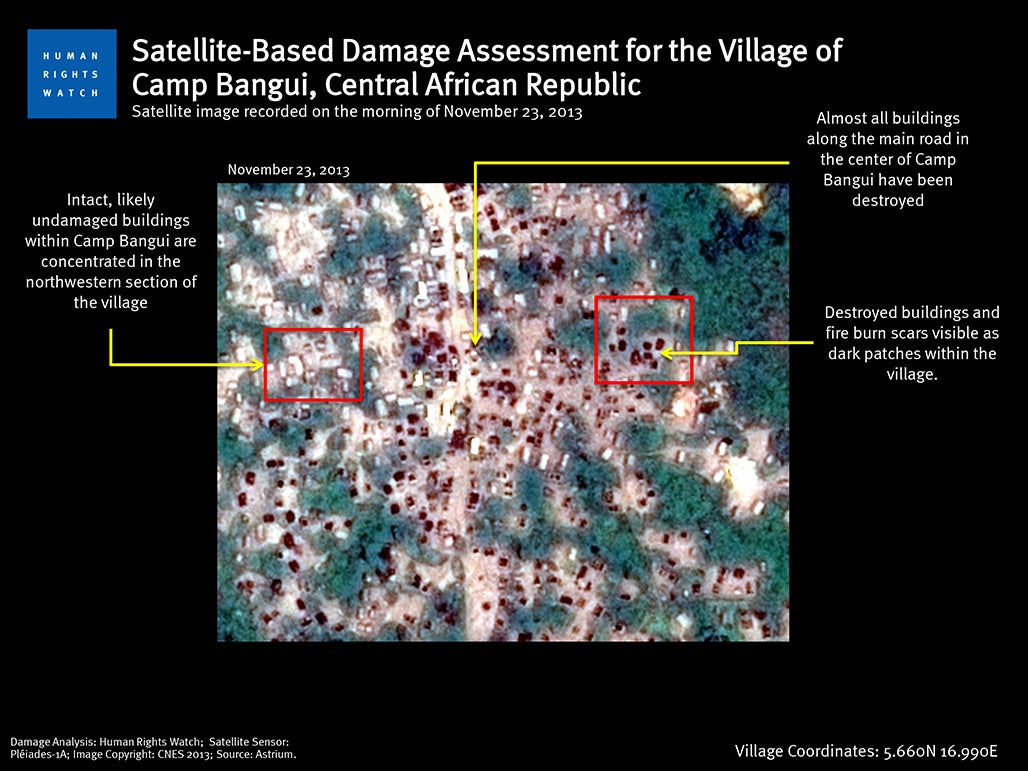 Because of overhanging tree cover, it is likely that a small percent of destroyed or severely damaged buildings have not been identified suggesting that actual damages are likely to be even higher than the satellite images indicate.

Camp Bangui is accessible only on foot or motorcycle through a narrow dirt road. It is so remote it can’t be found on maps so Human Rights Watch established its location by taking the GPS coordinates of the village during an on-site inspection after the attack. It had been laid to waste.

The attack on Camp Bangui violates international humanitarian law which prohibits attacks against civilians and destruction and looting of civilian property. Those who ordered or carried out the attacks are responsible for war crimes.

Human Rights Watch has already collected detailed satellite evidence of arson attacks on 15 additional villages and towns across the Central African Republic and will be actively monitoring the conflict in the weeks and months to come.

As the conflict escalates within the Central African Republic, leaving scores of villages burned to ground and hundreds of thousands of civilians displaced, Human Rights Watch is actively documenting major human rights abuses and war crimes on the ground and via satellite imagery.

Human Rights Watch researchers have documented first hand the destruction of villages by former Seleka rebel fighters, recently nominally integrated into the national army. Punitive raids by the ex-Seleka against predominantly Christian villages have been followed by revenge attacks against Muslims, marking a dangerous new sectarian dimension to the conflict.

Because of the scale of the conflict and lack of access to many remote villages, Human Rights Watch is using satellite imagery to monitor reports of new village attacks and to provide detailed figures on destroyed buildings across the conflict-affected areas of the country. 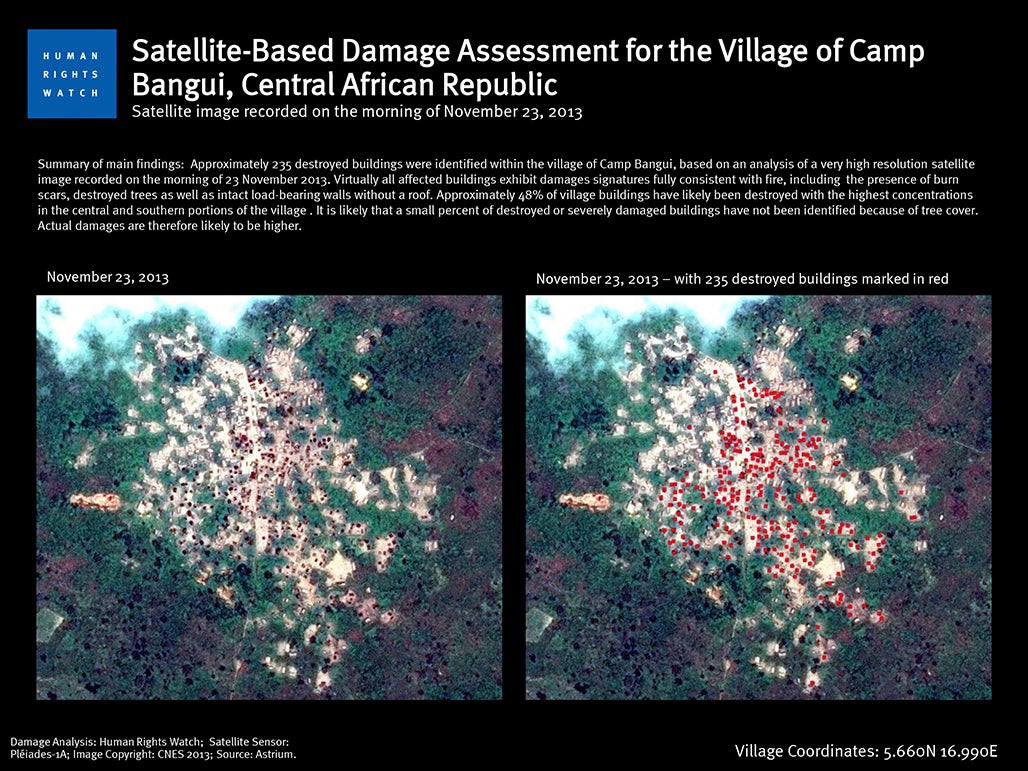 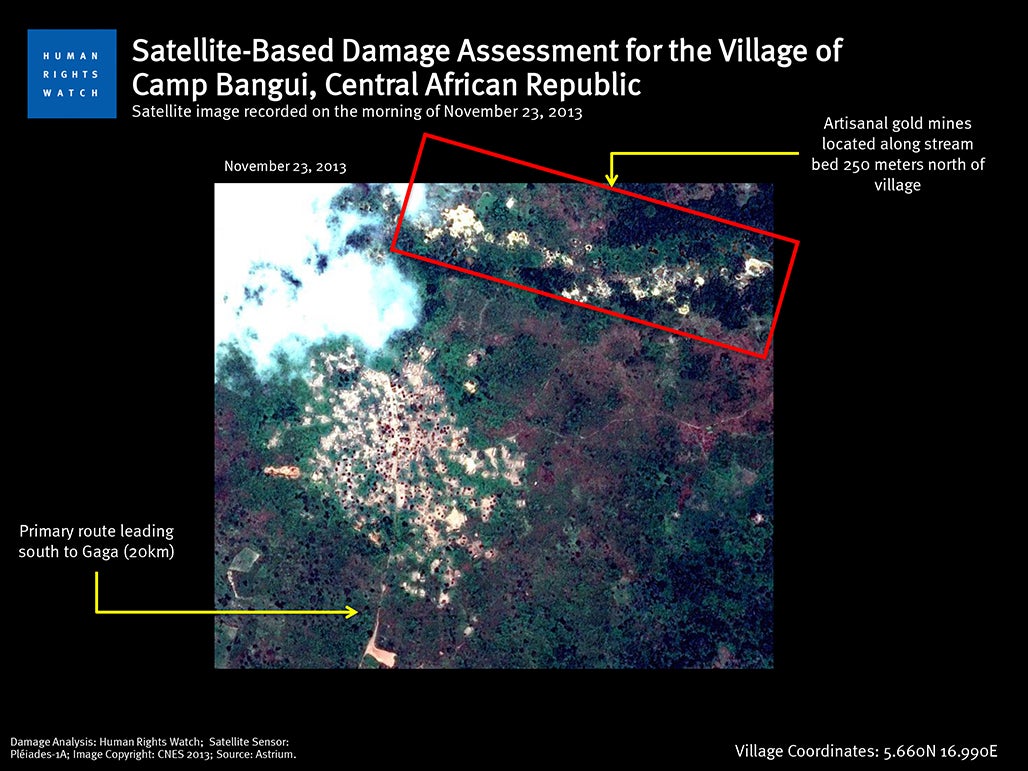