The agreement requires Indonesian timber exported to the EU to carry a certificate showing it was harvested legally, but does not address whether harvesting the timber violated local community rights. Nor does it address corruption in the issuance of timber licenses, which robs Indonesia of billions of dollars in revenues annually. 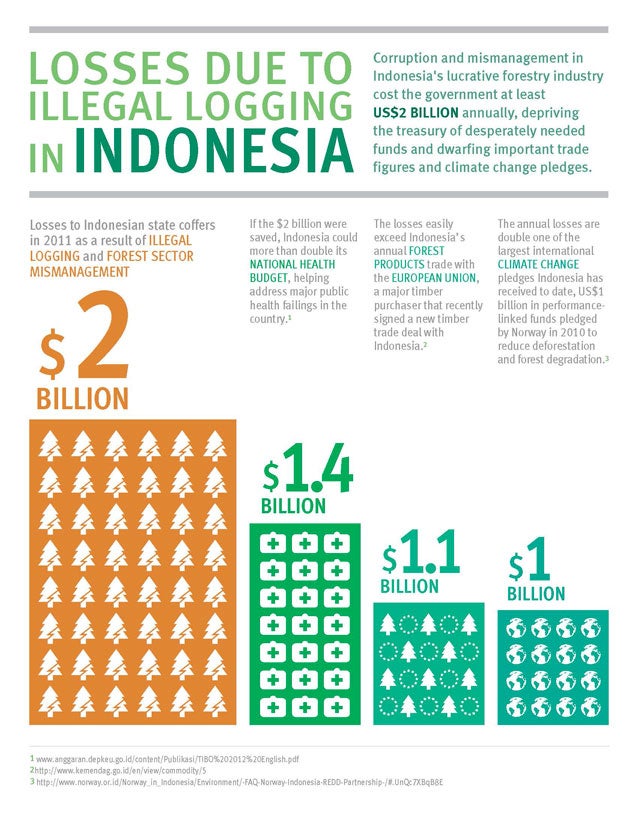 “The EU-Indonesia timber trade agreement should help combat illegal logging, but there is still a long road ahead before either side can claim to trade only in legal timber,” said Joe Saunders, deputy program director at Human Rights Watch. “Indonesia’s certification process needs to be reformed to ensure that timber isn’t taken from community lands without consent and adequate compensation.”

On November 7, 2013, Human Rights Watch released the Indonesian language version of its report “The Dark Side of Green Growth: Human Rights Impacts of Weak Governance in Indonesia’s Forestry Sector,” and formally submitted the report to Indonesia’s Corruption Eradication Commission (KPK) in Jakarta. One finding is that Indonesia’s new timber legality certification system, incorporated into the EU-Indonesia trade agreement, is inadequate to address the pervasive land rights violations and corruption that have plagued the forestry sector.

Indonesia’s forests are globally important for their biodiversity and for their role as global carbon sinks, yet are being lost at an alarming rate. Illegality is a critical driver of this deforestation. Using industry and government production data, Human Rights Watch calculates that Indonesia lost at least US$2 billion in uncollected taxes due to illegal logging and unacknowledged subsidies in 2011, a year after the timber legality system became mandatory for all operators.

While the new timber trade agreement – officially the Voluntary Partnership Agreement, signed in Brussels on September 30 – is intended to address illegality, the certification system underlying the new agreement is incomplete, Human Rights Watch said. The system will only audit companies to check that the timber seller has a permit, but not whether the permit was issued through corrupt means or in violation of community land rights.

The rights of local communities to land and compensation are recognized by Indonesian law, and Indonesia’s constitutional court in May ruled that the government’s inclusion of indigenous traditional territories in forest concessions is unconstitutional. However, the law is routinely ignored when the government allocates concession rights to logging, mining, and plantation companies. The violations have serious consequences. For example, the livelihoods of impoverished rural communities that depend on farming and collecting forest products are destroyed when their traditional lands are taken over for a plantation.

The problems over land are likely to worsen rather than improve, Human Rights Watch said. Land conflicts are increasing rapidly, and often become violent, as the government’s “green development” plan aggressively expands plantations of pulp trees for paper and oil palm for biofuel.

On June 25, 2012, EU foreign ministers adopted an EU Strategic Framework on Human Rights and Democracy. In it, they pledged that the EU would “promote human rights in all areas of its external action without exception” and in particular “integrate the promotion of human rights” into trade policies.

“The EU should not permit timber imports linked to violence and rights abuses,” Saunders said. “The fact that the abuses are so widespread makes them all the more harmful. The new trade agreement should not serve as a veneer of legality for wood produced under these conditions.”