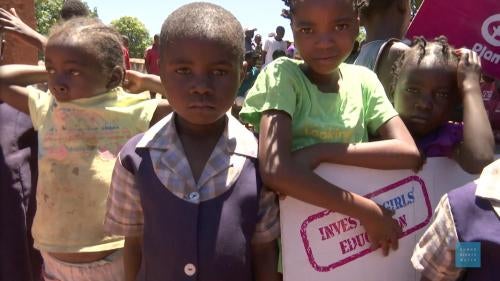 (Lusaka, November 25, 2015) – Child marriage in Africa often ends a girl’s education, exposes her to domestic violence and grave health risks from early childbearing and HIV, and traps her in poverty, Human Rights Watch said today. Zimbabwe’s government should lead by example at the African Union Girls’ Summit on Ending Child Marriage and pledge to set and enforce 18 as the minimum legal age for marriage.

The summit, in Lusaka, Zambia, on November 26 and 27, 2015, will highlight the devastating effects of child marriage in sub-Saharan Africa, where 40 percent of girls marry before 18, and seek to secure commitments from governments to end the practice. Zimbabwe’s president, Robert Mugabe, is currently the African Union chairperson.

“The Zimbabwean government should show that it is serious about tackling the scourge of child marriage and raise the minimum age to 18,” said Dewa Mavhinga, senior Africa researcher at Human Rights Watch. “The future of millions of African girls depends on African leaders taking action to end a devastating practice that robs girls of education and exposes them to abuse.”