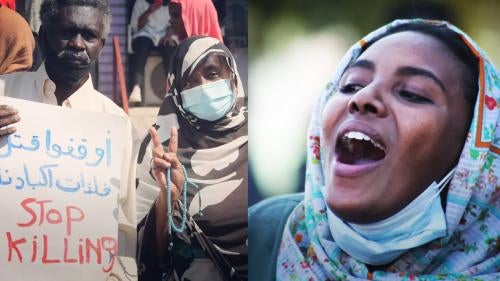 “We are determined in our peacefulness despite the repression that we are confronting.”

Sudan’s tenacious street protesters and other supporters of the social movement have continued to take to the streets and find ways to express their resistance to the country’s October 2021 military coup. They’ve faced the military’s organized repression, including the use of lethal force, and widespread unlawful detentions. For over seven months Sudanese have lived under a military-imposed state of emergency, which, in addition to the existing impunity for the security forces, was used to justify abuses.

Human Rights Watch is rolling out a series of videos, “Voices from Sudan,” in which five Sudanese engaging in the struggle for a fairer future describe their very different stories, hopes, and fears.

In doing so we hope to express our solidarity with Sudanese from all walks of life bearing the brunt of ongoing repression and to encourage decision makers and people across the globe to take some time to really listen to these hopes and calls.

We start the series speaking to a member of a resistance committee. 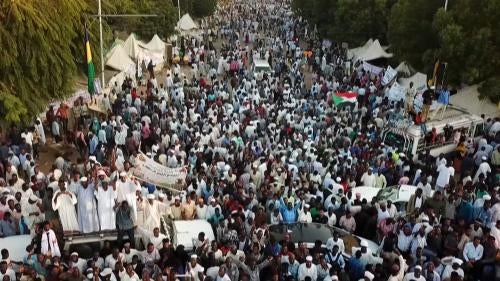 Since the military coup on October 25, 2021, resistance committees – grassroots protest groups – have organized peaceful protests and other actions to press for the military to hand over power and for civilian rule.

“We as young people did not want the conditions to stay the way they were,” said Mohamed Darish, a member of one of Khartoum’s resistance committees. “It was not the life we dreamt about. It was not the nation we aspired for.”

The resistance committee movement emerged in late 2018, spearheading the revolution against the then-president Omar al-Bashir. These groups formed at the neighborhood level in Sudan’s capital, Khartoum, and in other cities across the country.

Throughout the transition, resistance committees had continued to advocate for justice and other systemic reforms, while also providing social services to their communities amid growing economic challenges.

These groups had repeatedly warned that failing to tackle the well-entrenched culture of impunity through credible justice reforms and domestic accountability efforts would only further embolden those in positions of power who have continued to commit serious abuses. And yet, with some notable exceptions, during the transition the justice agenda was put on the back burner by both the transitional authorities and their international backers.

In the weeks following the coup and ever since, security forces have used well-worn repression tactics. Security forces have killed 102 people during protests, including 15 children, and detained hundreds, often targeting those active or perceived to be active within the resistance committees or social movements. The government has also increasingly unlawfully and inappropriately used teargas and rubber and frangible bullets to inflict serious physical harm on protesters.

We speak to Zainab Al Sidig, the mother of Sit- alNfor Ahmed, one of the protesters killed. 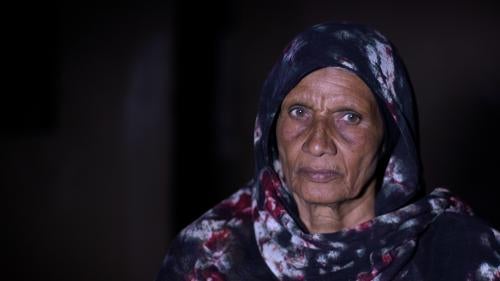 On November 17, 2021, security forces, notably the Central Reserve Police (CRP), killed 16 protesters in Bahri, Khartoum. It was the heaviest day in terms of fatalities. Among those killed in her Khartoum neighborhood was Sit- alNfor Ahmed – a 24-year-old nurse and a resistance committee member. Sit would provide first aid to injured protesters. Her killing served as a rallying cry for many, including women protesters. Seven months on, her family has yet to receive answers, despite lodging a complaint with their local police station, who first said she died in an accident before agreeing to investigate.

Her mother’s frustrations around the lack of progress in the investigations is similar to that expressed by families of other protesters killed during the 2018-2019 revolution and since.

We speak to a female photojournalist who uses her work to support the struggle for rights, including gender justice. 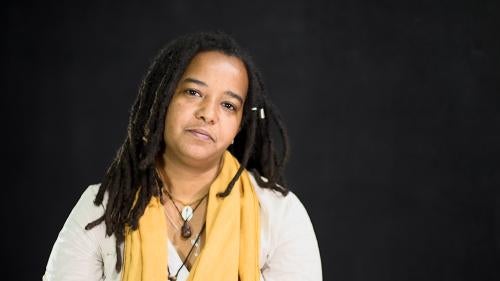 Within a vibrant movement, women have been active participants, often at a heavy price. We documented incidents of sexual assault and harassment in our research; between October and March, the UN said it had received reports of 16 cases of sexual violence during protests in Khartoum. Sudan’s security forces have a long history of using sexual violence, intimidation, and other forms of abuse to silence and intimidate female activists, human rights defenders, and protesters.

Even before the coup, the much hoped for reforms in women’s rights, including repeal of discriminatory laws and promotion of women’s political participation, failed to materialize.

Afraa Saad, a photographer, has played a role in capturing the protests on camera. As she protests for a fairer, better Sudan, she also fights for women’s rights issues to be heard and seen: “We as women are fighting in all areas but in the end we just want our full rights … in a Sudan that has room for everyone and a Sudan that has peace, liberty and equality for us as women.”

Arbitrary detentions and enforced disappearances targeting active protest members have been widespread. Security forces have beaten and otherwise ill-treated detained protesters and denied them access to their families and legal counsel. We speak to an activist who was detained. 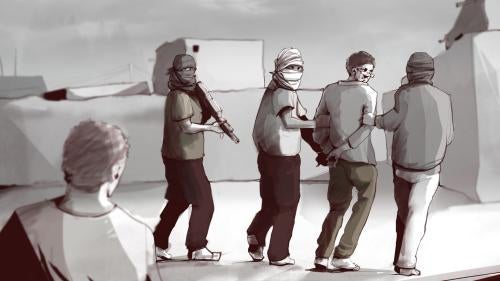 Motaz Bashir, a 37-year-old activist, was held for two weeks. “Detention is a price that we have to pay,” he told us. Unidentified security forces raided Bashir’s house on the night of his arrest and took him to Soba prison in Khartoum where he stayed for almost two weeks, with no access to the outside world. His story resembles that of many people who are social movement members or perceived to be who have been detained since the coup.

We also speak to a journalist trying to cover the protests. 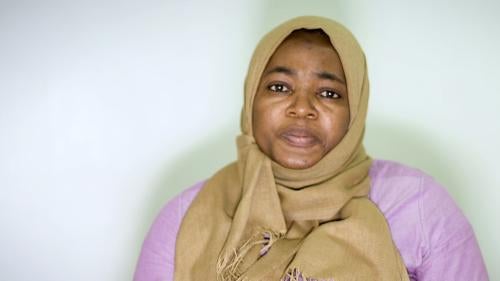 Security forces have also sought to restrict reporting on the protests and dissent, raiding offices of media outlets twice, arresting and harassing journalists who were covering protests. “All of these things make the work of journalists more difficult,” said Durra Gambo, a female journalist based in Khartoum, “because they are now split between reporting the news … as well as protecting themselves.”

Almost eight months after the coup, the international response remains insufficient. Concerned governments and donors should make clear that they are willing to stand with Sudanese not only in words but in actions and get behind calls for accountability, justice, and security sector reform. This means listening to the voices of this vibrant movement, addressing their key demands on building a rights-respecting, civilian rule, and not jettisoning justice in favor of political expediency.

Large protests are planned for June 30, the anniversary of al-Bashir’s 1989 military coup. They will also mark the three-year anniversary of the huge marches that followed the military’s assumption of power when al-Bashir was ousted, and the deadly dispersal of the June 3, 2019 sit-in, when at least 120 people were killed. The international community should stand in solidarity with the Sudanese people. They should make clear to the junta that use of violence against peaceful protestors will not be tolerated and set out clear consequences for those responsible for the repression.