(Nairobi) – African governments should not tolerate or legally permit child marriage, denial of education, or other human rights abuses against girls, Human Rights Watch said today on the African Union’s Day of the African Child. The 2022 theme is “Eliminating Harmful Practices Affecting Children.” African governments should adopt stronger measures to protect girls from practices that violate their rights.

Harmful practices are often rooted in discriminatory traditional, economic, religious, and legal conditions, and harmful societal views on the role of girls and women. They include child marriage, which continues to be very prevalent across sub-Saharan Africa. Eighteen of the 20 countries with the world’s highest child marriage rates are in sub-Saharan Africa. Most have very high rates of teenage pregnancy and high percentages of girls out of secondary school.

“Many girls drop out of school because they are forced to marry and have children at a crucial time for their education and future,” said Rita Nketiah, women’s rights researcher at Human Rights Watch. “Child marriage blocks girls from making their own life choices, disrupts or ends their education, subjects them to violence and discrimination, and denies their full participation in economic, political, and social life.”

Child marriages and teenage pregnancy rates reportedly increased across most regions in sub-Saharan African during the Covid-19 pandemic. Estimates from UNICEF and nongovernmental organizations point to a continued increase due to girls dropping out of school, and families losing income and feeling further financial hardship.

Inaction on child marriage by several African governments remains one of the biggest obstacles in the effort to protect girls’ rights, including the right to education. Many African governments have agreed to tackle and end harmful practices against girls and women, yet enforcement remains slow, Human Rights Watch said.

In Nigeria, which has very high rates of child marriage, Human Rights Watch found that the federal and state governments have not adequately enforced laws barring marriage before age 18. In Nigeria’s Kano state, an 11-year-old girl dropped out of lower secondary school after her mother died and her family had her marry so someone would take care of her. 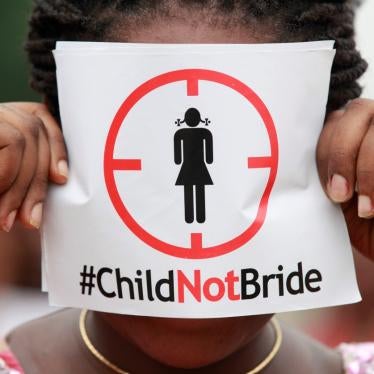 Now 14, she told Human Rights Watch that on her wedding day, she felt powerless: “I can’t actually remember [my wedding] because it wasn’t my decision. It was my family members’ decision. I don’t actually love him. They just got me married to him without my consent. There was a [traditional] marriage ceremony, but I wasn’t involved in it.”

Over 30 African governments have adopted measures, many in recent years, that protect adolescent girls’ right to stay in school during pregnancy and motherhood. Despite meaningful progress, school officials in many countries that have legal protections, such as Kenya and Malawi, still ban these students from public schools. Some governments have not yet adopted explicit legal protections and additional financial or protection measures to ensure that these girls, including married students with children, have the support needed to stay in school.

Tanzania, which removed a discriminatory school ban against pregnant students or young mothers in November 2021, has not removed regulations that allow schools to expel students who have “entered into wedlock.” The government has also not outlawed child marriage, despite a 2016 High Court decision to amend the Marriage Act to raise the legal age of marriage to 18 for girls and boys.

The African Union should amplify the call by African human rights institutions and urge all of its member states to outlaw child marriage, Human Rights Watch said. It should encourage countries to adopt laws and school continuation policies that encourage girls to stay in school and to return to school after having a child, so that they can succeed academically.

Although many African governments have made important progress to reduce gender inequality in access to secondary education, many girls continue to face other barriers and restrictions that deny them their right to education. Human Rights Watch research in Nigeria, Tanzania, and Malawi, among other countries, found that tuition fees and indirect costs in secondary schools continue to be one of the biggest barriers, especially for girls from low-income families and those experiencing poverty. 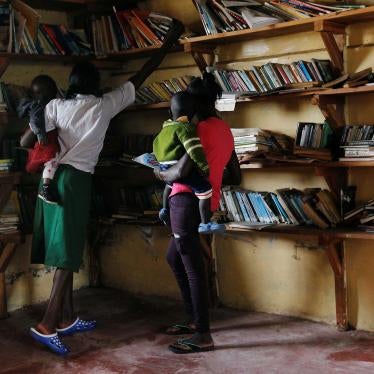 Many girls are at heightened risk of child marriage when the schooling they receive is of poor quality, when their parents perceive a risk of sexual violence in school and on the way to school, and once they drop out of school. In many communities, these factors continue to accelerate parents’ choices to marry off their daughters when they are still children.

“All African governments should urgently amend their laws and policies to ensure that marriage laws require gender equality and bar discrimination,” Nketiah said. “They should also zealously work toward removing all financial and policy barriers to ensure that all girls can obtain free secondary education.”