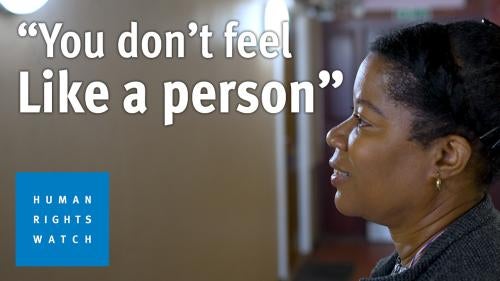 On May 5, voters across London will go to the polls to elect their new local government representatives.

These elections will decide who runs London’s local authorities, which are responsible for services such as education, social care, and housing – issues that greatly affect the lives of the capital’s children. This is an opportunity for local government to step up, particularly on the temporary accommodation crisis, where the national government has so-far failed.

London has the highest rates of child poverty anywhere in the country, with 37 percent of children living in relative poverty after taking housing costs into account. Now, with the cost-of-living crisis starting to bite, and the national government having failed to offer any meaningful support to low-income families, these problems are set to deepen.

There are currently more than 80,000 children living in temporary accommodation in London. Human Rights Watch has found these families often live in substandard or uninhabitable conditions, violating children’s basic rights. Countless children are growing up without any space to play, unable to fully participate in school, and trying to sleep while cold air seeps into their bedroom and toxic mold grows on their walls.

Local authorities can take concrete steps to improve the situation. The London Child Poverty Alliance, a group of organizations committed to challenging child poverty, has released a manifesto ahead of the upcoming local elections. It calls on those seeking election to prioritize tackling child poverty, child hunger, and child homelessness.

The manifesto also urges local government to deliver more social housing across London and to develop a coordinated standards framework aimed at improving conditions in temporary accommodation – a commonsense step which would require all accommodation to meet children’s essential needs. Human Rights Watch is calling for similar standards at a national level.

This May, local authorities should take these calls seriously; failure to do so will mean thousands of children will continue to be denied their basic human rights.