When the United Kingdom left the European Union last Friday evening, it marked the biggest shift in Europe’s political geography since 2004 when 10 former Eastern Bloc countries simultaneously joined the EU.

Brexit has already impacted the UK and the EU in several different ways. It has reminded people on both sides of the channel of Europe’s shared values and purpose. It has been a catalyst for ugly xenophobia and racism in parts of the UK, and at times severely strained the country’s democratic institutions. And the UK’s departure deprives the bloc of a champion of EU enlargement, a process that helps promote human rights and the rule of law (however imperfectly), and of a voice against authoritarianism. 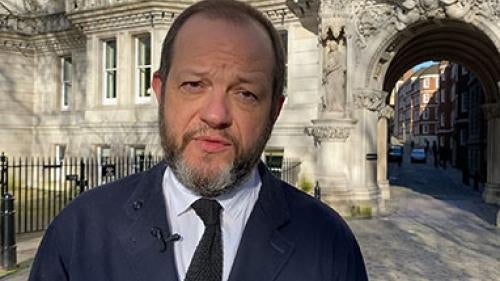 A key risk of Brexit is that it could divide and weaken the EU and the UK at a time when Europe should be a positive force in the world on human rights, climate change and much else besides.

After Brexit, the UK will need to forge trade relationships with countries around the world instead of jointly through the EU. The worry is that in doing so, the UK will no longer insist on respect for human rights and rule of law, and thereby undermine its ability to promote those values in its foreign policy.

There are some encouraging signs: the UK has maintained human rights clauses when renewing previous EU trade arrangements with some countries. And its establishment of a new “Magnitsky” mechanism to sanction people implicated in serious human rights abuses is welcome.

It’s vital that the UK remains committed to global institutions that promote human rights, in continued partnership with EU governments.

The UK plays a positive role on the UN’s Human Rights Council and showed leadership by speaking out at the UN General Assembly over China’s abuses against Uyghur Muslims in Xinjiang province. Its record at the UN Security Council is mixed, however. While it has pushed for accountability in Syria, it failed to do much in its lead role on Myanmar to halt atrocities against the Rohyinga.

The UK also needs to publicly renew its support for the Council of Europe, the region’s main human rights body, which the UK helped to found, and its European Convention and Court on Human Rights. The Convention protects people’s rights across Europe, while the Court offers a chance for justice for victims of human rights abuses - including in the UK - when their own governments fail them.

The UK government has already said it will continue to support human rights for people globally, including a commitment to girls’ education, support for media freedom and human rights defenders, and efforts to prevent sexual violence in conflict.

Yet, talk without action – or proper funding – is meaningless. Protecting journalists and activists only works if the UK is willing to publicly speak out when individuals face persecution or jail for their work. For example, if the UK is not willing to denounce Saudi Arabia’s jailing of women’s activists or publicly press for real justice for the state-sanctioned murder of journalist Jamal Khashoggi, its commitments will ring hollow.

More than anything, the UK should lead by example. That means redoubling its commitment to human rights at home.

Here, the signs are worrying. Since Boris Johnson’s government took power in mid-2019, it has displayed an alarmingly cavalier attitude towards democratic institutions; unlawfully suspending parliament and threatening to ignore court rulings and to break the law, for instance.

No wonder there are grave concerns about the government’s plans to look into changing the Human Rights Act - the law that protects people’s human rights in the UK - and plans to give British courts less power to review decisions made by the government. Both changes could leave people with nowhere to turn if the government trampled on their rights.

There are other dangers linked to Brexit, too, including the fact that EU citizens in the UK may face problems proving they are legally resident here and therefore face problems renting a home or getting a job. There are also fears that the government could water down environmental protections currently linked to EU law – putting air quality and the countryside at risk - and weaken workers’ rights that protect pregnant women and part-time workers. It has refused so far to make any legally binding commitment to keep the current level of protection of these rights.

If the UK really wants to make a success of Brexit, it needs to make human rights values a cornerstone of its engagement with the world - and continue to defend them at home as well.