Donate Now
Despite recent and increasing efforts by the United States and other governments to narrow their interpretations of the refugee definition and to shirk their protection responsibilities, the need to expand the grounds for asylum is becoming increasingly urgent as the consequences of climate change become more pronounced.

A desperate appeal for asylum by a family from a Pacific island may have far-reaching implications for protecting people forcibly displaced by the effects of climate change. It could cause countries around the world to reconsider their laws and policies concerning refugees.

The case involves the Teitiota family, who fled the island of Tarawa in the Republic of Kiribati in 2007 and sought asylum in New Zealand in 2013. Ms Teitiota told the New Zealand court that she feared for her children's health and wellbeing, that crops and coconut trees on the island were dying. 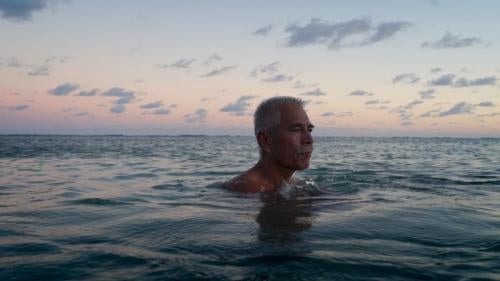 She explained that because of rising sea levels, people were moving from neighboring atols to Tarawa which led to overcrowding, frequent conflicts between residents and the spread of disease. She shared stories about children getting diarrhea and even dying because their already scarce drinking water had become contaminated.

Ultimately, the Supreme Court of New Zealand dismissed the case, saying the family did not meet the standards required by the Refugee Convention and deported them in 2015.

That same year, the father of the family filed a complaint with the United Nations Human Rights Committee, an independent expert body that monitors government compliance with the International Covenant on Civil and Political Rights. He claimed that New Zealand had violated his right to life under the covenant because the sea level rise had shrunk habitable space in Kiribati, resulting in violent land disputes and environmental degradation.

On January 7, the Committee issued its views, finding the threats to life posed by rising sea levels and other effects of climate change necessitate a broadening of refugee law. "The obligation not to extradite, deport or otherwise transfer pursuant to article 6 of the Covenant," the committee said, citing its provision on the right to life, "may be broader than the scope of non-refoulement under international refugee law, since it may also require the protection of aliens not entitled to refugee status."

The principle of non-refoulement is a cornerstone of international refugee law, barring the return of refugees - defined as people with a well-founded fear of being persecuted - to places where their lives or freedom would be threatened.

The committee noted that Kiribati will become uninhabitable within the next 10 to 15 years because of rising sea levels. Both sudden events, like storms, and slow processes, like salinization and land degradation, the committee said, "can propel cross-border movement of individuals seeking protection from climate-change related harm thereby triggering the non-refoulement obligations of sending states."

Under a "moderate future scenario", scientists project that sea level rise in the next 30 years will put about 150 million people permanently below the high tide line. Although most of this displacement will not compel people to cross international borders, people living in countries like Kiribati, which are likely to become completely inundated, will have no choice but to seek asylum outside their country.

But Pacific islands are not alone in facing such threats. In landlocked countries like Chad, Ethiopia, South Sudan, and Zimbabwe, where populations are heavily reliant on agriculture and livestock, rising temperatures have contributed to flooding, drought, famine and disease that erode not only arable land but also the resilience of populations that have suffered armed conflict and human rights violations.

Whether environmental disasters are the direct cause of displacement or an aggravating factor in combination with violence, inequality, and poor governance, millions of people on the African continent have already been displaced internally or forced to seek refuge in neighboring countries because they consider staying at their homes a threat to their lives.

Because the committee held out hope that the government of Kiribati still has time to intervene to protect its citizens through relocation and other measures, it did not accept the family's claim that their rights had been violated, saying the risk to their lives was not imminent.

One of the dissenting committee members who ruled on this case, however, wrote that the family would "have no access to safe drinking water, which poses an imminent threat to their lives," while another said, "It would indeed be counterintuitive to the protection of life, to wait for deaths to be very frequent and considerable; in order to consider the threshold of risk as met."

While there still may be room to argue whether life-threatening threats are imminent in particular cases, the Human Rights Committee has recognized that fundamental refugee-protection principles need to be broadened now.

This means not only that our common understanding of what it means to be a refugee needs to change, but also that the 173 countries that are party to the International Covenant on Civil and Political Rights should ensure their asylum standards and procedures are adapted to protect all who face existential threats if returned to home countries that have become unlivable.