Both reports found that President John Magufuli’s government has adopted or enforced a raft of repressive laws that stifle independent journalism and severely restrict the activities of nongovernmental organizations and the political opposition. 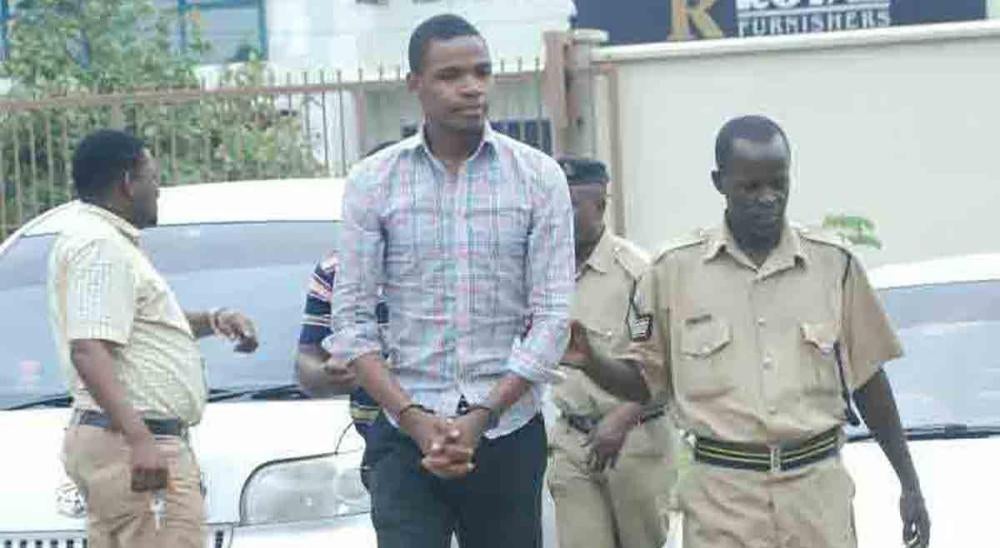 Activist Bob Chacha Wangwe, 28, has been arrested, erroneously convicted of publishing false information, and fined 5 million Tanzanian shillings (US$2,185) – more than most people in Tanzania earn in a year. &#13;

“As President Magufuli marks four years in office next month, he must carefully reflect on his government’s record of ruthlessly disemboweling the country’s human rights framework,” said Roland Ebole, Amnesty International’s Tanzania researcher. “His government must repeal all oppressive laws being used to clamp down on dissent, and urgently end human rights violations and abuses.”

“Tanzania should show true commitment to protecting and fulfilling the rights to freedom of expression and association,” said Oryem Nyeko, Africa researcher at Human Rights Watch. “The authorities need to put a stop to harassment, intimidation, and arbitrary arrests of activists, journalists, and opposition members.”

The report by Amnesty International, “The price of dissent: targeted by the State,” and the one by Human Rights Watch, “‘As Long as I am Quiet, I am Safe: Threats to Independent Media and Civil Society in Tanzania,” were researched and documented separately but their findings were similar. Both organizations carried out research in Tanzania over 2018.

Threats to Independent Media and Civil Society in Tanzania

The president and senior government officials frequently made anti-human rights statements, at times followed by cracking down on individuals and organizations. The dangerous rhetoric, coupled with arbitrary arrests and threats to deregister nongovernmental groups, has stifled independent reporting by journalists and public discussion on human rights violations and abuses including in the context of the upcoming elections.

Both organizations found that Tanzanian authorities undermined the rights to freedom of expression and association and media freedom by enforcing new and existing repressive laws and regulations governing media, nongovernmental organizations, and political parties.

Since 2015, the government has stepped up censorship by banning or suspending at least five newspapers for content deemed critical. These include Tanzania’s major English language daily newspaper, The Citizen, in 2019, and four others in 2017. The Zanzibar Broadcasting Commission shut down a radio station, Swahiba FM, in October 2015 because it reported on the annulment and subsequent rerun of the 2015 elections.

The authorities used the 2015 Cybercrimes Act to prosecute journalists and activists for social media posts. In November 2017, a court in the capital Dar es Salaam convicted Bob Chacha Wangwe, a human rights activist, for “publication of false information” under this law because he termed Zanzibar a colony of mainland Tanzania in a Facebook post. His conviction was overturned by the High Court on the grounds that the court had not properly determined elements of the offense.

The Electronic and Postal Communications (Online Content) Regulations, adopted in 2018, require anyone with a blog or a website to pay hefty license fees of up to 2.1 million Tanzania Shillings (more than USD900). This law also broadly restricts online content and permits surveillance of cybercafés without judicial oversight.

“We see a dangerous repressive trend escalating in Tanzania,” Roland Ebole said. “The authorities are denying citizens their right to information by administering only those “truths” sanctioned by the state.”

In 2018, the Commission on Science and Technology (COSTECH) told Twaweza, a Tanzania-based organization, that it was not permitted to publish its Sauti za Wananchi (or “Citizens Voices”) survey. The survey had indicated that Magufuli’s public approval rating had dropped significantly in 2018. In 2017, COSTECH and the Home Affairs Ministry prevented Human Rights Watch from holding a news conference on its report detailing abuses of Tanzanian migrant domestic workers in Oman and the United Arab Emirates.

In January 2019, parliament amended the Political Parties Act ushering in yet more wide-ranging restrictions on the rights to freedom of association and peaceful assembly. The amendments gave the Registrar of Political Parties the powers to deregister parties, demand information from political parties, and suspend party members. It also introduced a requirement for organizations and individuals to get approval before conducting civic education, inhibiting citizens’ rights to access information.

Magufuli, in July 2016, announced a blanket ban on political activities until 2020 in contravention of the country’s laws. The ban has been selectively applied against the opposition. Several opposition politicians have since been arrested and prosecuted on trumped-up charges.

The Tanzanian government must immediately and unconditionally drop all charges against journalists and politicians simply for exercising their rights to free expression and association, said Amnesty International and Human Rights Watch.

"The regressive policies and actions have stifled the media, sown fear among civil society, and restricted the playing field for political parties in the lead-up to elections,” Nyeko said. “With only a year to go, this government needs to reverse these patterns of abuse and demonstrate a genuine commitment to the rights to freedom of expression, association, and peaceful assembly as protected in the constitution and under human rights treaties to which Tanzania is a state party."