Nearly 100 years after one of the worst racial massacres in United States history, the city of Tulsa, Oklahoma remains highly segregated, with black residents living in poverty at much higher rates than white people, subjected to worse health, shorter life spans, higher crime, and aggressive policing. A series of high-profile killings of black people by police in Tulsa led Human Rights Watch researcher John Raphling to investigate police interactions with black communities. Raphling speaks with Rachel Kent about his report “Get on the Ground!” He discusses how policing and ensuing court debt subject people to humiliation and abuse, and how it fosters a devastating cycle of poverty and arrest.

Why specifically are you looking at policing in Tulsa?

The killing of Terence Crutcher, an unarmed black man, in September 2016 drew my attention to Tulsa. The killing was caught on a video that went viral. I quickly learned that the city, like so many others in the US, is highly segregated by race and poverty. Day-to-day policing in black communities, in Tulsa and elsewhere, is marked by pervasive abuse and lack of trust. I thought Tulsa could be an illustrative case study for what everyday policing looks like throughout the US. While the Crutcher and other killings drew our attention there, we really wanted to see how police treat black people and poor people in more commonplace interactions.

We analyzed a great deal of data about how police interact with people to try and understand overall patterns. What we found is that abusive policing is pervasive in Tulsa’s black communities, particularly in North Tulsa. People had stories ranging from having a loved one shot and killed, to being pulled over for no good reason and then being pulled out of the car and searched – sometimes at gunpoint.

September 12, 2019
“Get on the Ground!”: Policing, Poverty, and Racial Inequality in Tulsa, Oklahoma

A Case Study of US Law Enforcement

What we found in the data is that black people are subjected to physical force, including stun guns, police dog bites, pepper spray, punches, and kicks at a rate 2.7 times that of white people. Some neighborhoods with larger populations of black people and poor people experienced police stops more than 10 times the rate of predominantly white and wealthier neighborhoods.

What stories from Tulsa did you hear that stood out?

I spoke with a young schoolteacher. When she was driving home from visiting relatives in North Tulsa, police stopped her car and pulled guns on her, ordering her out of the car. Her 7-year-old daughter was begging police not to shoot her mom. Officers said they were investigating a stolen car, but she had not reported the car stolen. This highly terrifying situation had a lasting impact on the woman and her child. These types of interactions happen frequently in Tulsa, but you don’t hear about them because they don’t make the news.

Then there is the story of Ollie Brooks Sr. He was an older homeless man who worked odd jobs. He had been to jail and prison in the 90’s for drug paraphernalia but hadn’t had any convictions since. But in 2015, he received a ticket – for jaywalking. One evening police came to a motel, where Brooks happened to be staying, and did a warrant sweep – meaning police looked at the motel register and ran all the names for warrants. They found that Ollie Brooks had a warrant, and even though it was just for jaywalking, they chose to take him in. Police knocked on his door and because he had some drug paraphernalia, he was scared and tried to get away. Police pepper sprayed him and shocked him with a stun gun twice. He collapsed at the scene and died a short time later. All over a jaywalking warrant. 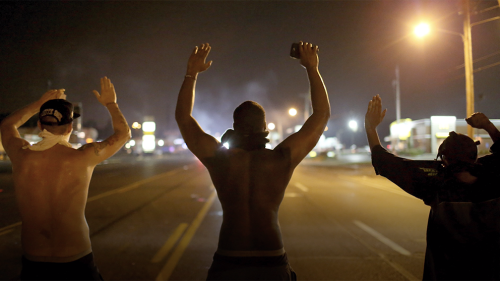 How is the issue of fines and fees playing a role in this system?

One of the really horrible things I discovered is that Tulsa, the county it’s in, and the state of Oklahoma raise money to pay for their court system and other government agencies largely through fines, and court costs that are imposed on those arrested and who have to go to court. And it’s a huge amount of money. It’s an abusive practice that is very common throughout the US.

Most arrests and citations in Tulsa are for relatively minor crimes. If you get ticketed for speeding or running a stop sign, you get these fees and fines. Poor people, who get cited and arrested the most, often cannot afford to pay. So the court will issue an arrest warrant. Almost 40 percent of arrests made by the Tulsa Police Department are just warrant arrests and a large percentage of those are for failure to pay court debt. Court costs was the third most common booking charge in the county jail.

People can’t get out of debt. This court debt is predominantly in poor and black communities. I spoke with people who kept getting arrested for failure to pay and would miss work and lose their jobs. I spoke to a man who could not retire because he had to make payments. The debt just keeps piling up on people. 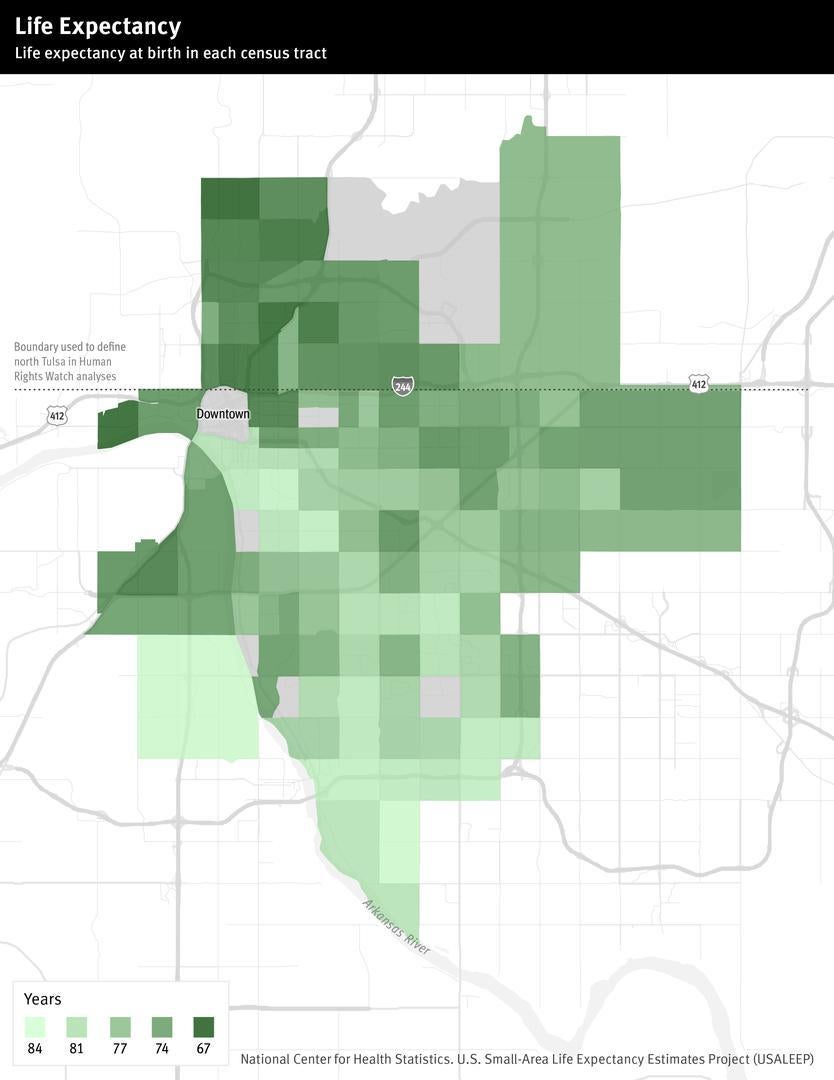 What’s the solution to excessive fines and fees?

For one, cities can significantly reduce or not impose the fees and fines. Oklahoma has relatively low taxes, but they shouldn’t make up this lack of tax revenue for the public function of law enforcement by taking money from the poorest part of the population.

Tulsa police shouldn’t arrest people just because they haven’t paid their fines. Instead police could give an additional citation so they can come to the court’s specialized “cost docket,” that is supposed to help people manage the debt.

How do you respond to police department claims that black neighborhoods have more police presence because they are “higher crime” areas?

Our report cites a lot of studies that indicate that more policing does not lower crime. In fact, there are some studies that indicate intensifying policing can even exacerbate crime rates. The United States is investing so much in policing to address crime, without addressing poverty-related factors that drive crime. The government needs to improve public safety by addressing human needs. For example, maintaining a functioning mental health system, promoting economic development and opportunity in poor neighborhoods, and improving schools and providing afterschool programs that cultivate productive talents of our youth. These fixes will actually uplift communities.

Did anything in your research surprise you?

How closely policing outcomes track racial segregation and poverty may not be surprising, but it was a very noticeable finding with our data. Policing, including arrest rates, frequency of detentions, and length of detentions was substantially greater in North Tulsa and other parts of the city with larger populations of black people. North Tulsa has a poverty rate of about 33 percent, noticeably higher unemployment rates, and lower life expectancies. Grocery stores are scarce and largely lacking in fresh produce. These markers of poverty closely tracked policing outcomes, like arrest rates and the experience of police violence.

These divides happen not only in Tulsa but in cities throughout the US. There needs to be a real look at those causes of poverty and what role structural racism is playing in creating a situation where black people are living in poverty at such high rates.

What are the goals on a national and local level?

There is some movement towards reform in Tulsa going on right now. The mayor appointed a commission to make reform recommendations. Some of the recommendations were useful, but many involved superficial changes or simply said that the police department should continue what it’s already doing.

City leaders have proposed an Office of an Independent Monitor that would review internal affairs investigations of force incidents. But as proposed, this agency lacks power to hold the police department accountable. We need an oversight body that is answerable to the communities, as opposed to answerable to the existing power structure in Tulsa or the police. The agency should have sufficient access to records, investigatory powers, and the ability to impose disciplinary measures.

In Tulsa, as in the rest of the country, police are tasked with handling so many societal problems. Homelessness is a big problem and police are the first line to deal with it. The Tulsa police also get thousands of calls a year related to people with mental health conditions. These societal problems need to be addressed with services, not by police.