Killings, disappearances, forced displacement, and rape are pervasive in Tumaco, a municipality in southwestern Colombia that’s one of the world’s main sources of coca, the raw material for cocaine.

In 2017, Tumaco’s homicide rate was four times the national average and killings were up nearly 50 percent in 2018, as of September. Local officials have officially counted over 400 homicides since 2017. In May, for example, a 26-year-old fisherman was found dead in an estuary, his hands tied with a rope and a sign on his chest that read, “for thieving and snitching.”

Anny Castillo’s job is to help change all of this.

Castillo is head of the Tumaco “personeria,” a human rights agency. In Colombia, each municipality has a personeria, an office designed to promote access to public services, address human rights concerns, and assist those whose rights have been violated.

Human Rights Watch’s report “Recycled Violence: Abuses by FARC Dissident Groups in Tumaco on Colombia’s Pacific Coast,” explains how armed groups are terrorizing the municipality of Tumaco, home to about 210,000 people, mostly Afro-Colombians. Despite the 2016 peace accord between the government and the Revolutionary Armed Forces of Colombia (FARC) following decades of conflict, newly formed FARC dissident groups have committed atrocities much like those carried out by the FARC, including murder and rape, in urban neighborhoods and rural hamlets alike. Flaws in the 2016 demobilization of FARC guerrillas in the area have contributed to the current proliferation of armed groups. 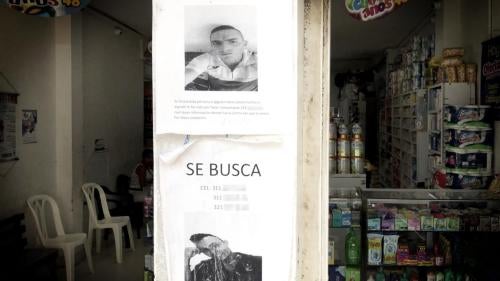 For Tumaco’s residents, crossing an invisible yet forbidden line from one neighborhood to the next, where the dissident group in control doesn’t know them, can be a death sentence. Those who enter from neighborhoods controlled by rival groups are also targeted.

Castillo, who is from Tumaco, returned to the municipality in 2016 after a decade away to serve as the head of the personeria. “This was always not only the place where I was born, but the place where I wanted to contribute, to improve the conditions of those who live in this territory,” she said.

Three years in to a fixed four-year term, she can speak at length about the challenges facing people in Tumaco, and the interconnectedness of these issues. The unemployment rate exceeds 60 percent. Government offices are rife with corruption. Electricity is scarce and clean water is limited.

“We must not ignore that the structural causes of violence are associated with the lack of opportunities for employment, education, and income generation,” Castillo said. The lack of economic opportunities, she said, drives young people to engage in illegal activities, including joining armed groups and drug trafficking. And coca cultivation and drug trafficking enable armed groups to thrive economically. Roughly 19,000 acres in Tumaco were under coca cultivation in 2017, according to the United Nations Office on Drug and Crime (UNODC).

Victims of abuse include human rights defenders as well. At least seven rights defenders have been killed in Tumaco since January 2017 – more than in any other municipality in Colombia. Castillo said that some had received threats that they shared with authorities before they were killed.

“This situation shows the impotence on the part of the state concerning the protection of those who defend human rights. Despite the activation of the necessary mechanisms, community leaders ended up being murdered,” she said.

She knows she can’t single-handedly address all of the issues rife in Tumaco. Her own safety, Castillo said, is something she’s considered, as everyone else in Tumaco must. But the opportunity to advocate on behalf of Tumaco’s residents is incentive enough for her to keep going: “It makes the work much more bearable.”