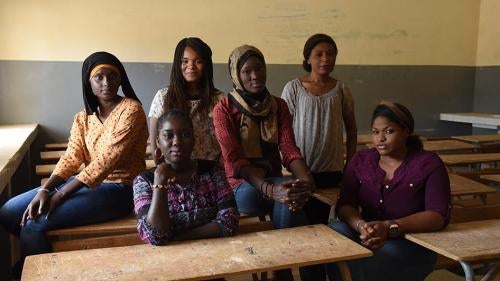 “I just saw your post on sexual harassment. Please send me your number – I’m going to explain to you what happened to me when I was a teenager.”

That message – sent by a young woman to a Senegalese child rights activist – represents a small, but significant step forward in ending the silence around abuses against students in Senegal’s schools.

Since the launch of our report on sexual exploitation, harassment and, abuse in schools in Senegal, activists have noticed that just opening conversations about these topics means some girls feel they can come forward to speak about what happened to them in school. One youth leader told me her youngest sister found the courage to tell her she was being harassed at school.

The opening up of the conversation is significant. As we found in our report, many girls feel they cannot talk to their parents about what’s happening to them in schools. Girls we spoke to said they would never consider telling parents or officially denouncing a perpetrator at school or the community out of fear of being blamed for inviting the exploitation and abuse.

Stigma and taboos act as a powerful muzzle keeping girls and women from reporting sexual exploitation, harassment, or abuse. Because of this, perpetrators carry on, knowing that they won’t be stopped. Opening up the discussion and tackling the taboos is a fundamental part of ending sexual exploitation.

In an effort to ensure our findings reach young people and parents, we have published a short, easy-to-read version of our report so that more people know what sexual exploitation and harassment are, how they happen in schools, and what measures teachers and the government should take to stop it.

Young Senegalese should feel they can have more open conversations with their parents, teachers, and other adults who are there to guide them. Some dedicated and professional teachers I met through my research have done just that in their schools, making students feel comfortable to come forward and report any abuses or concerns. But these efforts should be replicated in more schools, and in many more communities.

It's time to end the culture of silence around school-related sexual exploitation, harassment, and abuse.