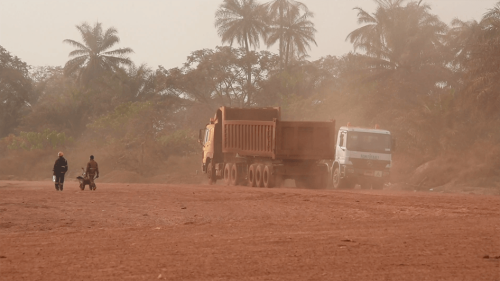 The 146-page report, “What Do We Get Out of It?,” focuses on two mining projects that were Guinea’s two largest bauxite producers in 2017: La Société Minière de Boké (SMB), a joint venture linked to the world’s largest aluminum producer, China Hongqiao Group, that has expanded extremely rapidly since it began in 2015; and la Compagnie des Bauxites de Guinée (CBG), a decades-old company co-owned by multinationals Alcoa and Rio Tinto. Guinea’s government, which has transformed Guinea into the world’s third-largest exporter, should take immediate steps to better regulate companies and protect communities.

The Human Rights Impact of Bauxite Mining in Guinea

“Bauxite mining, unless properly regulated, threatens to destroy the way of life and livelihoods of dozens of communities at the front line of mining operations,” said Jim Wormington, West Africa researcher at Human Rights Watch. “The Guinean government’s focus on growing the bauxite sector has too often taken precedence over the protection of the environment and human rights.”

Guinea has an abundance of natural resources, including the world’s largest bauxite reserves, but remains one of the world’s poorest countries. The demand for Guinean bauxite in global markets has increased in recent years as other countries, notably Indonesia and Malaysia, banned exports, in the latter case partly due to the industry’s environmental impact. Guinea is already the biggest exporter of bauxite to China, the world’s largest aluminum producer. And with several new mining projects preparing to begin exports, Guinea’s bauxite boom shows no sign of slowing down.

Dozens of farmers described how mining companies take advantage of the government’s failure to protect rural land rights to exploit ancestral farmlands without compensation to address the long-term value of land to the community. Since the passage of a 2011 mining code, the government has failed to pass regulations, required by the code, establishing compensation standards for land acquisition that could better protect farmers’ rights. 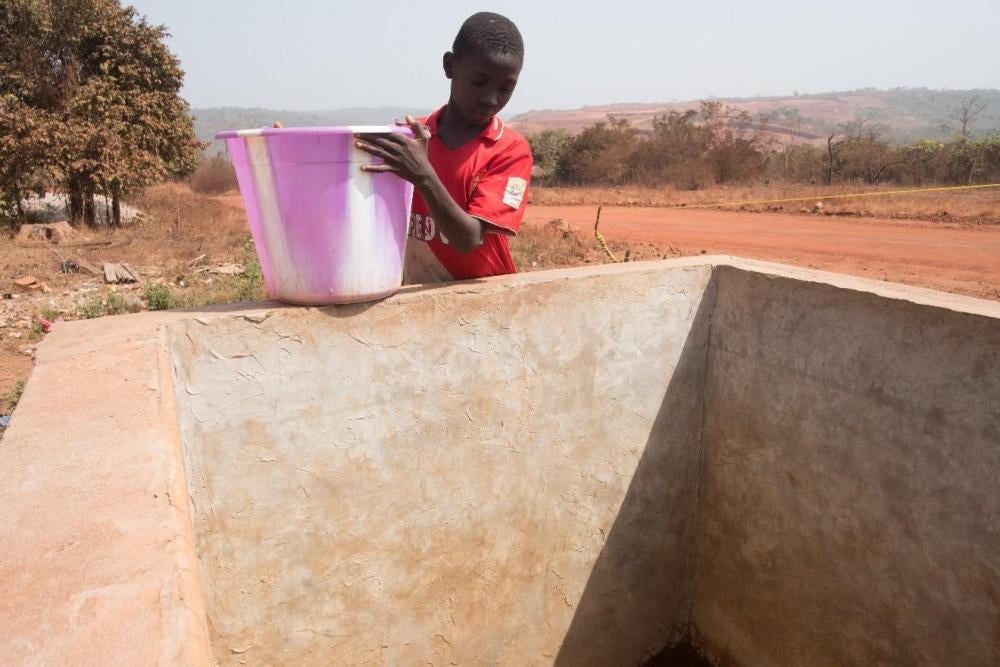 "This Is Our Land"

Human Rights Watch interviewed over 300 residents who have lost land to privately-owned mining developments. These are their stories.

“They’ve expanded into our fields, the areas we depended on for food,” said a community leader from Boundou Waadé, a village surrounded by five CBG mines. “And now much of our fertile land has been taken from us.”

While the compensation companies do pay can be a short-term windfall, farmers rarely receive training from the government or mining companies on how to reinvest it. “I used the compensation money I got to send my two sons to Europe [via the North African migration route],” a father said. “But after they arrived in Libya I didn’t hear from them. I’m worried they are in prison or dead.”

Although women participate in farming, the bulk of compensation is paid to men in family or community leadership roles. “Our husbands just give us whatever they want, even if the products that came from this land were used by all of us,” said one woman. While at least some men get employment with mining companies to replace lost land, few jobs are open to women. Of the more than 7,600 people employed by SMB in September 2018, only 274 were women.

Scores of residents said that mining had reduced water levels and quality in local rivers, streams and wells, threatening the right to water of thousands of people. In several communities adjacent to SMB mines, damage to natural water sources meant villagers were forced to rely on SMB for long periods to bring them water in tankers. ““Some days the water in the tankers is dirty,” said one community leader. “So we have to conserve the clean water we have and wait for the next delivery.”

Dozens of residents also said that the dust produced by the mining and transport of bauxite had blighted their lives, with red dust entering villages and homes and covering crops. And villagers, many of whom said they believe mining is already contributing to respiratory illnesses, worry about longer-term health impacts.

Guinea’s government told Human Rights Watch in a May 2018 letter that it only approves mining projects that demonstrate compliance with environmental and social standards and that the government, “utilizes fully its state power to ensure Guinean laws [relating to the mining sector] are respected and to oversee the activities of mining companies.”

But while the capacity of government institutions to oversee mining has improved in recent years, government institutions do not have the personnel, resources and the political will to effectively oversee an ever-expanding list of projects. “We are a poor country, and so we need jobs for our young people, schools for our children,” said Seydou Barry Sidibé, secretary general of Guinea’s Environment Ministry. “So while some mining companies do not respect environmental and social norms, it’s not easy for us to suddenly close these companies down.”

In meetings with and letters to Human Rights Watch, mining companies acknowledged pointed to their efforts to stimulate local development and mitigate the negative impacts of mining. SMB, in a September 2018 letter to Human Rights Watch, said that, “the respect of human rights forms the pillar of our values,” and provided a detailed response to the report’s factual findings. CBG also responded in detail to the report’s findings, underscoring that, since receiving a World Bank-linked loan in 2016, the company has done much to improve its environmental and social management.

“Guinea’s bauxite sector is poised to expand even further in the coming years,” Wormington said. “If that is to be a blessing, and not a curse, the government needs to ensure that ordinary Guineans, particularly those living closest to mining operations, are the beneficiaries of mining’s rapid growth rather than its victims.”