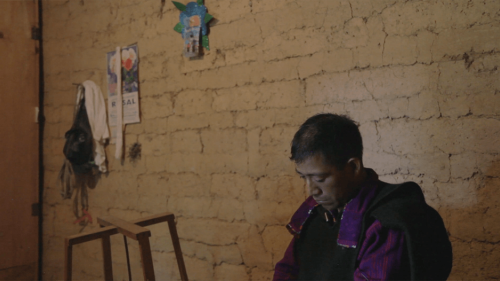 (Tegucigalpa) — Hundreds of children remain detained in the United States and separated from their parents more than five weeks after a court-ordered deadline to reunify them, Human Rights Watch said today in releasing a new video with Justice in Motion. About 360 of these still-separated parents were deported alone without the children with whom they traveled to the US.

“The anguish of these families is palpable,” said Clara Long, senior researcher with the US Program at Human Rights Watch. “Not knowing how their children are or why the government won’t release them causes tremendous strain.”

In the last two months, Human Rights Watch and Justice in Motion, which protects migrants’ rights in Latin America and the United States, have conducted in-depth interviews with parents in El Salvador, Honduras, and Guatemala whose children remain in the United States. Many said they have spent months with no idea why their children have not been released or returned, causing severe psychological harm. The video features two fathers deported to Guatemala describing their experiences.

“More than anything, we are being traumatized,” said Pablo D. from his home in the Department of Huehuetenango, Guatemala. He asked to be identified this way out of concern that speaking out would in any way delay his reunification with his son. His 8-year old son Byron has been detained in the United States since late May 2018. “The parents, we’re just trying to survive this. Imagine the kids, they are alone. It’s as if their parents don’t exist.”

Many of the parents interviewed agreed to deportation expecting their child to go with them. Some have made the difficult decision to allow their children to remain in the United States to pursue their own immigration claims, but others want their children to return and have found themselves waiting for months for reunification.

“We don’t know anything,” said Marcelino Claudio Garcia, a Guatemalan whose 8-year old daughter has also been detained in the United States since late May. “We were told that she was going to see an immigration judge. We just want her to come home.”

More than 2,500 families were forcibly separated from the fall of 2017 until the end of June as the Trump administration rolled out a plan to separate families and target parents traveling with children for criminal prosecution in addition to deportation. Immigration agencies sent the children and parents who were ripped apart at the border to separate and sometimes far-flung detention facilities, without a plan for maintaining parental contact or facilitating reunification.

After a court order in late June, thousands of families have been reunified in the United States both in and out of detention.  However, nearly two-thirds of the almost 500 children still in custody alone – including 22 children under age 5 – have parents who were deported. The federal court ordered reunification deadline of July 26 applies to these deported parents, but for many their separation drags on.

Worry over their children has caused parents to stop eating, have difficulty sleeping, suffer from nightmares, and in one case be hospitalized for anxiety, families told Human Rights Watch. After reunification, several families reported that their children appeared traumatized by their experiences.

“When Meybelin returned, she was a very different girl,” said Arnovis de los Santos, a Salvadoran father whose 6-year old was held separately from him for over a month and who was eventually deported without her. “She almost never spoke and was extremely attached to me—I couldn’t even go to the store because she would cry and hold on to me. She would also refuse to talk to anyone she didn’t know and would just start crying when someone she didn’t know got close.”

Ultimately, those who devised and carried out the family separation policy for the United States should be held accountable and the children and parents harmed provided with an adequate remedy, Human Rights Watch and Justice in Motion said.

“The government’s lack of urgency in fixing the harm it has caused is appalling,” said Cathleen Caron, executive director of Justice in Motion. “Each additional day of separation only compounds the injury to these families.”