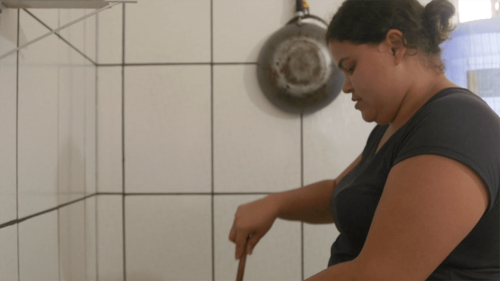 Abortion is legal in Brazil only in cases of rape, when necessary to save a woman’s life, or when the fetus suffers from anencephaly – a fatal congenital brain disorder. Women and girls who terminate pregnancies under any other circumstances face up to three years in prison. Media reports suggest that more than 300 abortion-related criminal cases were registered against women by the courts in 2017, many reported by health professionals after the women went to medical facilities in need of post-abortion care. Human Rights Watch documented the consequences of Brazil’s restrictions on abortion in a July 2017 report on the impact of the Zika outbreak.

“No woman or girl should be forced to choose between continuing a pregnancy against her wishes and risking her health, life, and freedom to have a clandestine abortion,” said José Miguel Vivanco, Americas director at Human Rights Watch. “The case now before the Supreme Court is a crucial opportunity to provide women and girls in Brazil with greater reproductive choice, in line with their rights under international human rights law.”

In March 2017, the Socialism and Freedom Party, with support from the nongovernmental group Anis – Institute of Bioethics, filed a petition with the Supreme Court challenging the criminalization of abortion in the first 12 weeks of pregnancy. Human Rights Watch submitted an amicus brief, analyzing Brazil’s obligations under international human rights law. The public hearing on the case will be in Brasilia, Brazil’s capital.

In the video, Human Rights Watch speaks with Rebeca Mendes Silva Leite, who petitioned Brazil’s Supreme Court in 2017 for permission to terminate her unplanned pregnancy safely. She said she feared a clandestine abortion: “I was afraid to take a pill [to induce abortion] and then have some complication at home and not be able to go to the hospital to talk about what’s happening and die in my house and leave my two children alone. I was afraid of going to the hospital and having to talk about what really happened and ending up in a police station and being indicted.” Supreme Court Justice Rosa Weber dismissed her petition on procedural grounds but did not rule on its merits. She had an abortion abroad.

The video also features experts, advocates, and a doctor speaking about how women must resort to clandestine and dangerous methods to end pregnancies due to criminal penalties for abortion in Brazil. “I’ve seen women with extremely serious infections due to abortion,” said Dr. Leila Katz, an obstetrician-gynecologist in Recife, the largest city in Pernambuco state, in northeastern Brazil. “I had patients who had uterine lesions due to harmful manipulation, uterine ruptures and intra-abdominal infections. Some of them died. Some of them lived, but with very serious consequences.”

“The women most affected by the criminalization of abortion are the poorest ones, the most vulnerable,” said Debora Diniz, co-founder of Anis, who also appears in the video. “They are Black and indigenous women, they are the younger women.”

Hundreds of thousands of women and girls have abortions in Brazil each year, most clandestinely. Estimates are that by age 40, approximately one in five Brazilian women has terminated a pregnancy. According to Health Ministry data published in Folha de São Paulo, more than 2 million women were hospitalized for complications from miscarriage or abortion from 2008 to 2017, three-quarters of them from induced abortions, and more than 4,400 women died between 2000 and 2016 from miscarriage and abortion-related causes.

United Nations bodies interpreting international human rights law have determined that denying women and girls access to abortion is a form of discrimination that jeopardizes a range of human rights, including the rights to life; health; freedom from cruel, inhuman, and degrading treatment; nondiscrimination and equality; privacy; information; and freedom to decide the number and spacing of children.

For more than a decade, UN human rights bodies and experts have criticized Brazil for its punitive restrictions on abortion and urged the government to modify these laws. In 2015, the UN Committee on the Rights of the Child said that Brazil should “[d]ecriminalize abortions in all circumstances and review its legislation with a view to ensuring access to safe abortion and post-abortion care services.” In 2012, the UN Committee on the Elimination of Discrimination against Women said that Brazil should “[e]xpedite the review of its legislation criminalizing abortion in order to remove punitive provisions imposed on women.”

Research consistently shows that restrictive laws and criminal penalties do not reduce the rate or incidence of abortion. A recent study by the Guttmacher Institute found little difference in the estimated abortion rates in countries in which abortion is prohibited, or permitted only to save the life of a pregnant woman, and countries in which it is not restricted to particular situations. The World Health Organization estimates that there are 25 million unsafe abortions each year. Countries with restrictive abortion laws have a significantly higher proportion of unsafe abortions than those with less restrictive laws.

Historic votes in Ireland and in the lower house of Argentina’s Congress in 2018, and a landmark vote and subsequent Constitutional Court decision to decriminalize abortion in three circumstances in Chile in 2017 are just a few examples of a global trend toward expanding legal access to abortion. The Guttmacher Institute found that between 2000 and 2017, 27 countries changed their laws to expand access to abortion.

“The case before Brazil’s Supreme Court represents an opportunity to protect women’s rights and dignity by decriminalizing abortion,” Vivanco said. “Brazil’s women and girls should not have to wait any longer for their reproductive rights to be respected.”