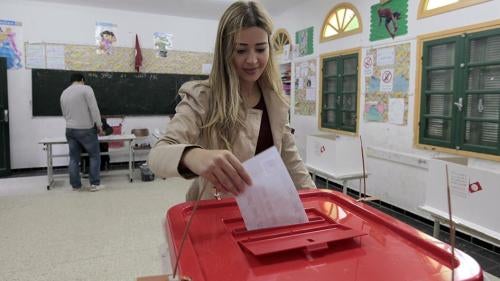 (Tunis) – Tunisian authorities should adopt legislation based on the groundbreaking proposals made by a presidentially appointed commission aimed at protecting individual freedoms and eliminating discrimination against women, Human Rights Watch said today. It also released a video that urges the Tunisian president to adopt the proposed legislative reforms.

The Commission on Individual Freedoms and Equality, in its report published on June 12, 2018, recommended decriminalizing sodomy and ensuring equality between men and women in inheritance, eliminating “morality” laws, and abolishing the death penalty.

“This is truly momentous. President Beji Caid Essebsi should seize this opportunity to introduce legislation that would make the human rights advances recommended by his commission the law of the land,” said Amna Guellali, Tunisia director at Human Rights Watch.

Essebsi created the commission on August 13, 2017, National Women’s Day. He tasked it with recommending “reforms linked to individual freedoms and equality, deriving from the provisions of the January 27, 2014 Constitution, international human rights standards and new trends in the fields of liberties and equality.” The nine-member commission is headed by Bochra Bel Haj Hmida, a member of parliament.

The commission identified provisions of Tunisian law that violate or undermine individual freedoms and equality. It recommended comprehensive reform of Tunisian legislation through the adoption of two new codes that would supersede regressive laws: A Code of Individual Rights and Liberties and an “Organic Law abolishing discrimination against women and children.”

The commission called the death penalty the ultimate violation of the right of the individual to bodily integrity. The Tunisian president and Assembly should take this opportunity to end the death penalty, once and for all, Human Rights Watch said.

The commission recommended eliminating offenses relating to “public indecency” and “public offense to morals” and replacing them with laws to punish a person who “commits a sexual act in public and intends to reveal intimate parts of his body with the intent to harm others.” The commission observed that the concept of indecency is vague and prone to repressive interpretations.

It also proposed a repeal of an Interior Ministry directive dating to 1971 that prohibits cafés and restaurants from opening during Ramadan fasting hours as an affront to freedom of conscience.

On gender discrimination, it urged eliminating the provision in the personal status code, inspired by Sharia law, that provides a double share of inheritance for the male heirs. It also recommended an end to discrimination in conferring citizenship to foreigners who marry Tunisians. Under current law, a foreign wife is eligible for citizenship after living in Tunisia for two years while a foreign husband cannot obtain citizenship by marrying a Tunisian woman.

And the commission urged removal of the Personal Status Code provision that the husband is the “head of the family,” which gives him legal advantages in disputes over household management.

Some Tunisians expressed outrage at the proposals, claiming they threatened Islamic values.  Referring to the head of the commission, a well-known Salafist preacher wrote on his Facebook page that authorities should “bring the sinister team of Bochra in a public square and stone them to death to cleanse them and the country of their sins.”

A group of professors at Ezzeitouna, the country’s leading Islamic university, issued a joint statement warning that the report will “destroy the pillars of Islam and encourage debauchery.” However, other religious leaders from an association called “Union of Imams”, considered that the proposals do not contradict the Quran and the principles of Sharia and supported the report.

Essebsi thanked the commission but has not announced yet any next steps on their recommendations.

“Tunisia has made important strides since toppling its dictator in 2011,” Guellali said. “By adopting the commission’s proposals, Tunisia will once again lead the Arab world, by placing the rights of the individual at the heart of its legal system.”