Across Spain today, tens of thousands of people are buried in unmarked mass graves, many dumped in roadside ditches after being stripped and executed. Victims of the country’s vicious civil war, they were uncounted and ignored by officials for decades as part of the “Pact of Forgetting,” official policy agreed upon in 1977 after the death of General Francisco Franco as a way to focus on Spain’s future.

Forty years on, though, the urge to remember is stronger than ever. “The Silence of Others,” a film made by Spanish director Almudena Carracedo and her husband and filmmaking partner Robert Bahar, explores how people wronged long ago are fighting for recognition and justice today. The film, which follows several Spaniards trying to uncover the fate of their loved ones or expose their tormentors, will have its New York premiere at the Human Rights Watch film festival on June 19 and 20.

The idea for the movie emerged in 2010 as Carracedo and Bahar finished their last film, “Made in LA,” about Latina immigrants working in LA sweatshops. “I realized there was this other fight for dignity and justice going on in my own country,” Carracedo says. “It really hurt me as unfinished business that my generation needs to deal with.”

They spent six years filming and 18 months editing 450 hours of footage into this moving and clear-eyed look at why there is no peace in silence. 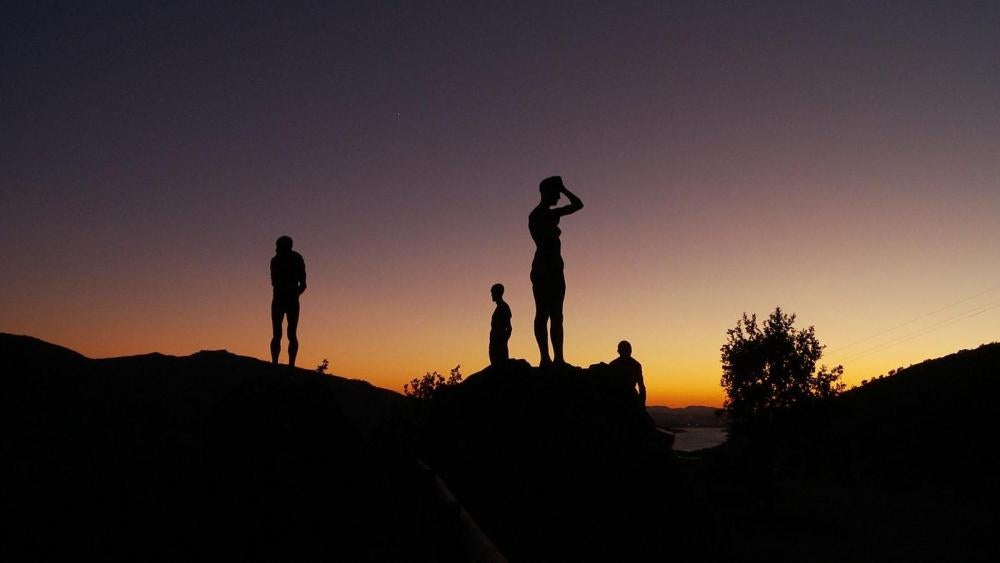 The documentary film,“The Silence of Others,” shows how people in Spain are fighting for justice related to the oppression, torture, and murder of an estimated 100,000 people during Franco’s 40-year dictatorship. The film will have its New York premiere at the Human Rights Watch Film Festival on June 19 and 20.&#13;

Central to the transition from dictatorship to democracy in Spain was this notion of moving forward by forgetting the past, agreed to by leaders of the main parties. These included Franco’s Popular Party and the (newly legalized) Socialist Worker’s Party of Spain. Although Franco’s victorious forces committed the vast majority of these atrocities, during the war and throughout the 40-year dictatorship, the Republicans were also responsible for serious crimes during the war. Both sides agreed to a wide-ranging amnesty law that prevented prosecutions and even investigation of crimes against humanity.

“For many years, we only wanted to erase from our heads all that time of bitterness and repression,” says Felisa Echegoyen, a woman featured in the film. “Perhaps we all collaborated in that silence.” But, “people don’t forget so easily. Even if they want to. It’s not easy.”

For decades, the victims suffered silently, until a small group started to demand answers, including the exhumation of their murdered relatives.  “A country is judged on how they treat their dead,” Carracedo says, quoting the leader of Spain’s newish center-right party Ciudadanos. “This is not an issue we can keep hiding – at least 100,000 people are still buried by the side of the road in unmarked mass graves – and this is a Western democracy!”

In the film, we meet the elderly children hoping to bury a long-lost parent, men and women who were horribly tortured, and the lawyers trying to force Spain to confront its ghosts.

“One thing that makes me particularly angry is when people say, ‘No, you’re just motivated by revenge’,” says Chato Galante, who describes how he survived being tortured. “You can only think I’m looking for revenge if you think that looking for justice is looking for revenge.”

“We’re asking for justice and truth. It’s all we have left,” says Maria Bueno, whose child was stolen from her presumably to be passed to another family. “Of course I forgive you,” says Horacio Sainz, another character in the film, “You, the physical person who did something horrible because you were serving a regime that tortured me. But I demand justice.”

As a lawyer in the film notes, the state’s role is not to forgive crimes, but to investigate them: “Forgiveness is an individual matter.”

“I love that quote,” Carracedo says. “Forgiveness is often used as blackmail: you don’t forget therefore you’re not a good person, you’re not trying to create reconciliation.” But as one victim points out, the state has never apologized or asked for forgiveness.

As a child of the transition – her parents were both active in the fight for democracy – Carracedo grew up politically engaged but her concerns were for human rights issues far from home. Like every Spanish family, she has relatives on both sides of the war. “It was not something to discuss in big family meetings if you wanted to get along,” Carracedo says. “Now my generation is old enough that we can discuss among the cousins without any bitterness. The rhetoric of ‘let’s not discuss’ is something we have learned and now we need to break it.”

Carracedo and Bahar are showing the film abroad to build international prestige and pressure before screening it in Spain, to promote a cultural change that will acknowledge injustice and seek to repair the damage so that victims can die in peace.

“We want to use the film to catalyze these conversations and to bring about real change. We want to help people sit down with these victims for 90 minutes and start a different kind of conversation,” Carracedo says. “We’ve learnt since we were very little ‘come on, don’t open those wounds.’ But after seeing the film, how can I tell this woman she doesn’t have the right to find her mother and bury her in a cemetery?”

Watch the trailer for Silence of Others here: