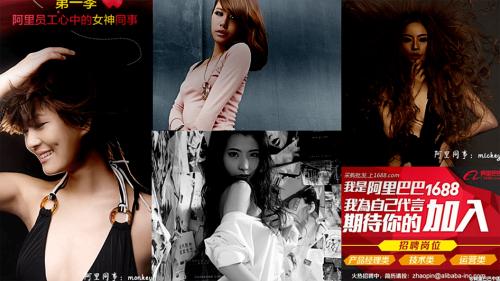 The response to the release this week of a major Human Rights Watch report on gender discrimination and sexual objectification in Chinese advertising has been surprisingly quick. Alibaba, Baidu, Huawei, and Tencent appear to have deleted many of the ads HRW identified and publicly pledged that they would commit to gender equality in hiring.

Human Rights Watch analyzed over 36,000 job advertisements and found many of the ads – both government and private sector – specify a requirement or preference for men. Some job posts require women to have certain physical attributes – with respect to height, weight, voice, or facial appearance – that are irrelevant to job duties. Others objectify women to attract male applicants. Some boast that there are “beautiful girls” or “goddesses” working for the company. Such ads represent the kind of discrimination China is obliged to eliminate under international human rights law, and some may be outright illegal under Chinese law.

While most of the companies didn’t reply to requests for comment before our report “Only Men Need Apply” was released, the mea culpas came quickly in response to press inquiries. Alibaba, Asia’s biggest internet company, has now said it would “conduct stricter reviews of the recruiting advertisements.” Tencent pledged to “take swift action to ensure [gender discriminatory ads] do not happen again.” Huawei said it would ensure its recruitment materials are “fully sensitive of gender equality,” while Baidu said it “deeply regret[s]” the ads and that they “did not align with Baidu’s values.”

These are positive first steps, but, going forward, anything less than a total elimination of these advertising practices will be unacceptable.

A Chinese Ministry of Foreign Affairs spokesperson said the government would “investigate and prosecute” companies that publish gender discriminatory job ads. But the government should start by examining its own conduct: our report found that in the 2018 Chinese national civil service job list, 19 percent of the job postings specified a requirement or preference for men – up from 13 percent from the previous year.

If Chinese authorities are truly committed to increasing women’s participation in the workforce, the first step is simple: end the use of gender-specific ads for its civil service.