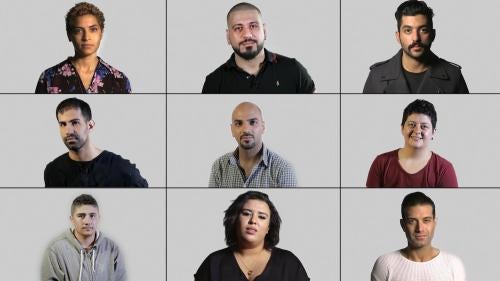 In the 75-page report, “Audacity in Adversity: LGBT Activism in the Middle East and North Africa” and video series, “No Longer Alone,” activists tell their stories and describe how they are building their movements. To confront myths and counteract the isolation of many LGBT people in the region, Human Rights Watch and AFE teamed up to produce the videos featuring Arabic-speaking LGBT activists describing their journeys of self-acceptance. Through the video series, they offer messages of support and encouragement to LGBT people throughout the Arabic-speaking world. 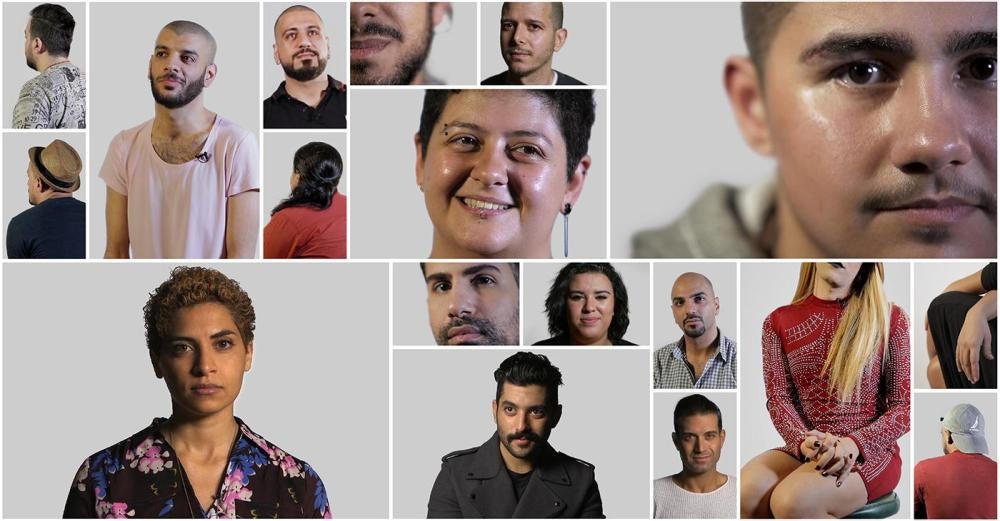 Despite state-sponsored repression and social stigma LGBT people in the Middle East and North Africa are finding ways to speak out and combat discrimination.&#13;

“We don’t want the image anymore of just being victims,” says Zoheir, a gay activist from Algeria. “We want to speak about reality, speak about violence, but also to [show what is] positive.”

The report is based on interviews with 34 activists from 16 Arabic-speaking countries in the Middle East and North Africa, interviewed between July 2017 and March 2018. Eighteen activists and artists from ten countries participated in the video series.

The activists encourage young LGBT people to stand up for themselves. Rima, a bisexual woman from Lebanon, speaks directly to other bisexual and lesbian women throughout the region, saying: “Religious figures, the government, your parents – they all want to have a say in what you do between your legs. I want to tell you it’s none of their business and that your body, your desires, and your ideas are yours alone. If they don’t like what you are, they are wrong.”

Activists in the region also claim their rights. “I am a human like everyone else, and I have rights. I will defend those rights,” says Ahmed, a gay man from Libya.

To accompany the videos, Human Rights Watch highlights in the report the resilience of LGBT movements throughout the region and how they are making change. Human Right Watch describes the significant obstacles the activists face in the region, including criminalization of same-sex conduct and gender non-conformity, arbitrary arrests and ill-treatment, lack of recognition of transgender people, violence, restrictions on freedom of expression and association, family rejection and social stigma.

In Oman, an activist described how he and his friends started small: organizing “parties for gay guys to meet and network in a safe space, so that they can help each other in the future.” In Kuwait, a transgender activist trained LGBT people on digital security, working out of people’s houses. In Jordan, a number of activists are using theater and other arts to raise awareness about sexual orientation and gender identity among LGBT communities themselves and in some cases, the general public.

LGBT Activism in the Middle East and North Africa

This report recognizes the severe, pervasive human rights violations that affect LGBT people in most of the Middle East and North Africa. These violations range from extrajudicial killings to mass arrests to censorship of pro-LGBT speech.

While Human Rights Watch was drafting the report, in September 2017, Egyptian security forces cracked down on LGBT people and activists. The security forces arrested dozens of people on charges of “debauchery,” “inciting debauchery,” and participating in an “illegal group” following the display of a rainbow flag – a sign of solidarity with LGBT people – at a concert. But activists demonstrated creativity and dynamism even in such a difficult situation, forming new coalitions to respond to the crackdown, providing emergency shelter for LGBT people being hounded by the police, and galvanizing international pressure on the Egyptian government.

“It’s hard when you are young,” says Hamed Sinno, the openly gay lead singer of the Lebanese band Mashrou’ Leila. “And it stays hard, but it gets easier.”