April 4 was the fifth day of Passover, the weeklong Jewish holiday commemorating freedom from slavery, but Avera Mangistu’s parents – who were protesting outside the Israeli prime minister’s house – were keenly aware that their son was not free.

On September 7, 2014, Mangistu, now 31, walked into the Gaza Strip from Israel and was apparently detained by Hamas. His parents have not heard from him since. Along with a second Israeli, 30-year-old Hisham al-Sayed, Mangistu is believed to be being held in unlawful incommunicado detention in Gaza.

Although Hamas has not confirmed that it even holds the Israelis, it has accused both of being soldiers or spies. Hamas refuses to divulge any information about them, much less consider their release, until Israel negotiates for the release of Palestinians held in Israeli prisons. 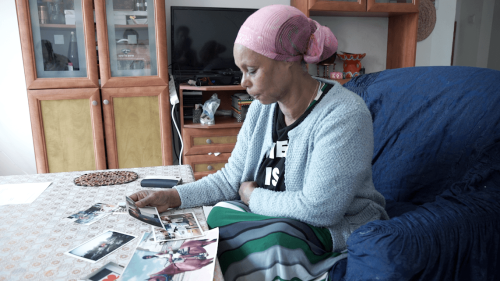 Human Rights Watch’s investigation found that the two men are civilians with mental health conditions who have histories of wandering far on foot. Human Rights Watch raised their cases with Hamas officials during a visit to Gaza in 2016, thus far to no avail. Israeli officials have rejected the requests of senior Human Rights Watch researchers to return to Gaza to advocate for their release.

It’s not just Hamas that is detaining people unlawfully. Human Rights Watch has documented Israel’s use of its Unlawful Combatants Law to detain Palestinians from Gaza without meaningful judicial review, as well as Israel’s excessive restrictions on family visits to Palestinian prisoners from Gaza. But one side’s abuses do not justify violations by the other. Human beings are not bargaining chips.

The two Israelis belong to communities marginalized within Israel: Mangistu emigrated to Israel from Ethiopia, and al-Sayed is Palestinian Bedouin. Both have psychosocial disabilities. Their families have struggled to call attention to their plight. In the Israeli public sphere, at least, their calls are sometimes overshadowed by concern over the bodies of two dead Israeli soldiers that are being held by Hamas, efforts which have more conspicuous official support. Both Israel and Hamas are holding bodies of slain fighters, acts that inflict cruelty on families trying to mourn loved ones.

Particularly painful is the refusal of Hamas to release information about their captives’ conditions and permit correspondence between the men and their families, as is required by international humanitarian law. Hamas has also not allowed visits by the International Committee of the Red Cross.

“Why are they holding him?” Mangistu’s mother, Agurnesh, asked, wiping away tears. “Hamas officials don’t have children? Of course they have children. [Avera] wasn’t a soldier. Please bring him back to me.”