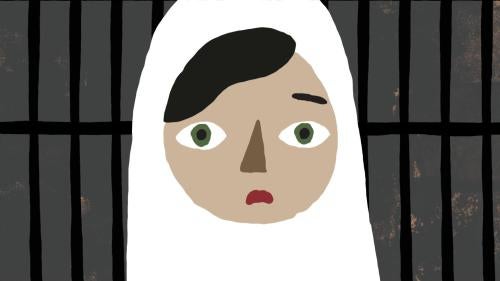 “There were two bombs in the school,” said 16-year-old Malalai, describing an attack in January 2016 against her girls’ school in Afghanistan’s Nangarhar province. She said the Taliban had left a letter in the schoolyard: “They said they put the bombs because you have to stop sending your girls to school.” Acid attacks. Kidnapping. “Night letters” threatening students and teachers. Improvised explosive devices. Gunfire. Schools closed for girls above fifth grade. Insurgents censoring the curriculum. Girls’ schools closed completely.

These are just some of the barriers girls in Afghanistan face in trying to get an education. Afghanistan is one of at least 10 countries that has faced targeted attacks against girls’ education in recent years.

In Afghanistan and in the other nine countries – India, Iraq, Mali, Nigeria, Pakistan, Somalia, Syria, Uganda, and Yemen – a single attack can have an enduring impact. In the Afghan city of Kandahar, girls said their families keep them at home because of a 2008 acid attack in which 15 girls on their way to school were injured.

Even when parents want to send girls to school, there may be no teachers. In northeast Nigeria, where Boko Haram insurgents target education, at least 611 teachers have been killed and 19,000 forced to flee since 2009.

Girls suffer disproportionately even when attacks on education do not target them specifically. Military use of schools, crossfire, the presence of soldiers in and near schools, and attacks on school buildings – patterns which have occurred since 2009 in more than 30 countries – affect both boys and girls. But parents often have less tolerance for sending girls to school under these conditions.

When girls leave school, their futures can be irreparably harmed, increasing the risk of child marriage and harmful child labor.

There are solutions. Since May 2015, 71 countries from all regions have endorsed the Safe Schools Declaration, an intergovernmental political commitment to protect education – including girls’ education – in armed conflict and avoid use of schools for military purposes. There is growing attention to attacks on girls’ education, and the outline of measures that can help, including establishing small community-based schools.

But much more effort is needed. Countries in conflict, donor governments, and relief agencies need to recognize that helping girls like Amina stay in school is critical for any country’s post-war reconstruction and development.