In a Russian court hearing yesterday, human rights defender Semyon Simonov faced police officers who had detained him in April in the southern city of Volgograd. Simonov had been there for Human Rights Watch to interview workers building a World Cup stadium. Volgograd is one of 11 Russian cities hosting the 2018 FIFA World Cup.

Police detained Simonov before he even found workers possibly willing to speak about conditions on the site. Officials were waiting for him, presumably thanks to some form of surveillance, and approached him saying, “Are you Semyon?” They held Simonov in a police station for just over three hours. They tried to search his phone and camera, questioned him about his work, threatened him by saying they had “information that he was involved in crimes,” and accused him of “trying to disrupt the World Cup.”

Simonov was doing legitimate human rights work: documenting labor conditions for workers. He is a Sochi-based human rights activist, who documented more than 700 cases of abuse against migrant workers involved in the construction for Russia’s Sochi 2014 Winter Olympics. 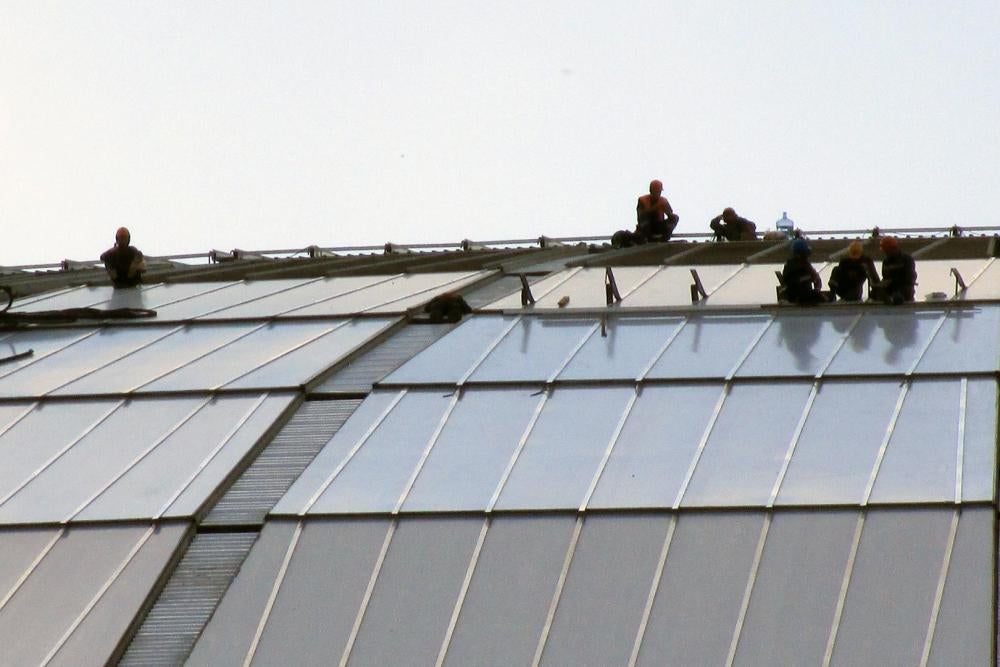 While investigating the exploitation of workers in Russia building stadiums for the 2018 World Cup, Human Rights Watch consultant Semyon Simonov was detained by Russian police and unidentified security forces. &#13;


Since his detention, Simonov has tried to hold police accountable for what he believes was an arbitrary detention, use of force against him in detention, and an illegal search of his possessions. He has filed several complaints to authorities to investigate his allegations. In court, Simonov had, with a skilled lawyer, detailed evidence admitted into the proceedings, including an audio recording of his entire detention. Yet the court seemed content to rely exclusively on police officers’ new, completely unsubstantiated claims – that Simonov had tried to enter the Volgograd stadium, thus justifying their actions. Simonov, of course, will appeal.

FIFA, football’s world governing body which owns the World Cup, has a new human rights policy that acknowledges a role for itself in protecting human rights defenders working on issues relevant to the World Cup. Simonov’s case is a test of this policy. After Human Rights Watch informed FIFA of Simonov’s detention, they promised to look into it. As of today, there has been no substantive response.

Since the police appeared at the hearing yesterday, blatantly misrepresenting Simonov’s detention and presenting fabricated claims to the court, it appears FIFA hasn’t persuaded the government to play by the rules.

To have a credible human rights policy, FIFA needs to specify what it’s doing to help ensure Simonov and other human rights defenders can work safely.