Donate Now
(Amman) – Jordanian authorities have been summarily deporting Syrian refugees – including collective expulsions of large families, Human Rights Watch said in a report released today. The Syrians are not being given a meaningful chance to challenge their removal and Jordan has not assessed their need for international protection.

The 27-page report, “‘I Have No Idea Why They Sent Us Back’: Jordanian Deportations and Expulsions of Syrian Refugees,” documents that during the first five months of 2017, Jordanian authorities deported about 400 registered Syrian refugees each month. In addition, approximately 300 registered refugees each month returned to Syria during that time under circumstances that appeared to be voluntary. Another estimated 500 refugees each month returned to Syria under circumstances that are unclear. Jordan has hosted more than 654,500 Syrian refugees since 2011. Human Rights Watch has repeatedly called for other countries to increase their assistance to Jordan and to resettle greater numbers of Syrian refugees living in Jordan.

“Jordan shouldn’t be sending people back to Syria without making sure they wouldn’t face a real risk of torture or serious harm and unless they have had a fair opportunity to plead their case for protection,” said Bill Frelick, refugee rights director at Human Rights Watch. “But Jordan has collectively expelled groups of refugees, denied people suspected of security violations due process, and ignored the real threats deportees face upon return to Syria.”

Human Rights Watch interviewed 35 Syrian refugees in Jordan, and 13 Syrians by telephone whom Jordanian authorities had recently deported to Syria. Those Jordan had deported or who knew or communicated with others who were deported consistently said that authorities produced little evidence of wrongdoing before deporting them. They also said that Jordanian officials did not give them any real opportunity to contest their removal or to seek legal help or the assistance of the UN High Commissioner for Refugees (UNHCR) prior to their deportation.

Collective expulsions and individual deportations of Syrian refugees spiked in mid-2016 and again in early 2017. The increased deportation rates followed armed attacks on Jordanian forces, including an attack in northeast Jordan in June 2016 that killed seven, and attacks around the southern city of Karak in December 2016 that killed 19. Jordanian authorities have provided no evidence that any deportees were involved in any of these attacks. 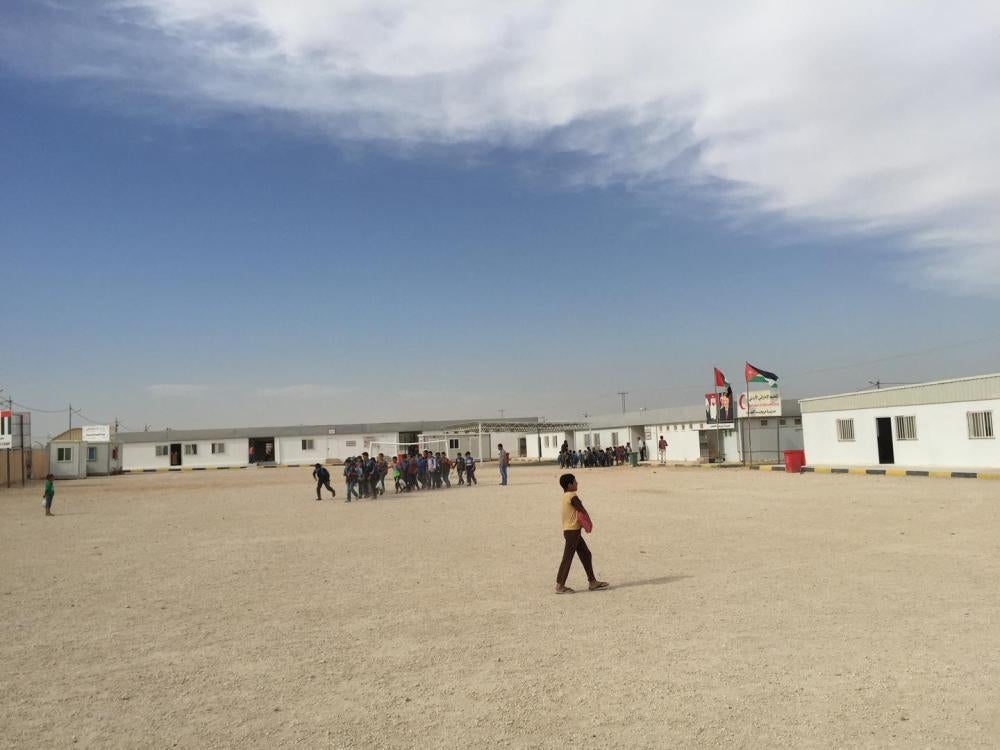 Syrians who thought they had escaped their civil war by fleeing to neighboring Jordan have been summarily deported to their war-ravaged country without explanation. &#13;

While summary deportations of individual refugees are continuing, there were fewer known cases of entire families being deported by the middle of the year. However, refugees and international aid workers told Human Rights Watch that family members are increasingly choosing “voluntary” return after the head of household has been deported.

Typical of those Human Rights Watch interviewed who were not informed about the reasons for their removal was “Rouqiya,” a 30-year-old mother of three, ages 6, 7, and 6 months, who struggles with serious health issues. She said that that Jordan deported her in March 2017 while US authorities were reviewing her eligibility for refugee resettlement:

They deported all of us back to Syria. Me, my husband, and my three kids. They never gave us a reason. And when we asked them, ‘Where are you taking us?’ they didn’t even tell us they were taking us back to Syria. They told us not to worry and that we won’t be returned, we will only be asked some questions. Then we found ourselves in the Naseeb checkpoint in Syria. Until this very day we don’t know the reason behind our deportation.

The Arab Charter of Human Rights, to which Jordan is a party, prohibits collective expulsions “under all circumstances.” Jordan is also bound by the customary international law principle of nonrefoulement not to return refugees to places where they would be persecuted or to expose anyone to a real risk of torture, or cruel, inhuman or degrading treatment.

“Jordan should not collectively expel Syrian refugees,” Frelick said. “Those suspected of posing threats should be given a fair opportunity to challenge the evidence against them and to have the authorities consider the risk of torture and other severe human rights abuse if returned.”

An earlier version of this press release incorrectly stated the year Jordan started hosting Syrian refugees. It has been corrected to reflect that “Jordan has hosted more than 654,500 Syrian refugees since 2011.”