(New York) – The United Nations Security Council and concerned countries should impose targeted sanctions and an arms embargo on the Burmese military to end its ethnic cleansing campaign against Rohingya Muslims, Human Rights Watch said today. Since August 25, 2017, after attacks by the Arakan Rohingya Salvation Army (ARSA), Burmese military forces have carried out mass arson, killing, and looting, destroying hundreds of villages and forcing nearly half a million Rohingya to flee to neighboring Bangladesh.

World leaders gathering in New York for the opening of the UN General Assembly should make the crisis in Burma a priority and condemn the ongoing atrocities and obstruction of humanitarian aid to those desperately in need. The Security Council should urgently place a travel ban and asset freeze on those responsible for grave abuses and impose a comprehensive arms embargo against Burma, including prohibiting military cooperation and financial transactions with key military-owned enterprises.

The Security Council should also demand that Burma allow humanitarian aid agencies to access people in need, permit entry to a UN fact-finding mission mandated to investigate violations in the country, and ensure the safe and voluntary return of those displaced.

As a first step, the Security Council should hold an open meeting to discuss council responses. The council should invite UN Secretary-General António Guterres to brief on the crisis in western Burma’s Rakhine State, which the UN high commissioner for human rights has referred to as a “textbook example of ethnic cleansing.” The council should also discuss measures to bring those responsible for serious abuses to justice, including before the International Criminal Court.

Concerned governments should not wait for Security Council action to address the human rights and humanitarian crisis in Burma. They should impose travel bans and asset freezes on security officials implicated in serious abuses; expand existing arms embargoes to include all military sales, assistance, and cooperation; and place a ban on financial transactions with key Burmese military-owned enterprises.

The United States government should place the senior leadership of the Burmese military, notably commander-in-chief Sr. Gen. Min Aung Hlaing, on the US Specially Designated Nationals (SDN) list, which cuts off access to US financial institutions, restricts travel to the US, and freezes US assets. The European Union and its member countries should expand or impose similar targeted economic and travel sanctions, and extend the existing EU arms embargo against Burma to include all forms of military assistance. Similar measures should be taken by other concerned governments, including Japan, Norway, South Korea, Canada, and Australia.


“Burma’s senior military commanders are more likely to heed the calls of the international community if they are suffering real economic consequences,” Sifton said. “It hits those responsible for ethnic cleansing where it hurts.”

Human Rights Watch analyzed a series of satellite images recorded between August 25 and September 16 that showed over 220 villages destroyed by fire in northern Rakhine State since the violence started. Rohingya villagers who have fled to Bangladesh have described Burmese security forces shooting villagers and setting fires to homes. The Burmese government alleges that ARSA fighters and Rohingya villagers are responsible for the buildings burned, but has so far failed to provide evidence of this claim.

Any ARSA commanders who are credibly implicated in serious abuses should also face sanctions. 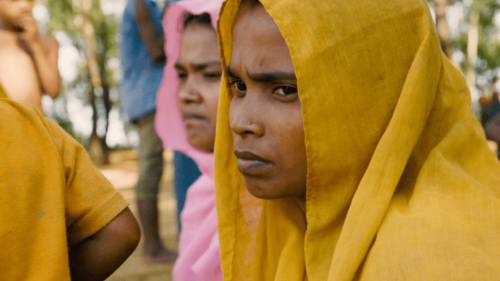