(Beirut) – Laws and policies that discriminate against women interfere with Iranian women’s right to work, Human Rights Watch said in a report released today. Women confront an array of restrictions, such as on their ability to travel, prohibitions on entering certain jobs, and an absence of basic legal protections.

The 59-page report, “‘It’s a Men’s Club’: Discrimination Against Women in Iran’s Job Market,” examines in detail the discriminatory provisions and insufficient protections in Iran’s legal system that represent obstacles to women’s equal access to the job market. Over the past four decades, Iranian women have become half of the country’s university graduates. But, based on the most recent official statistics available, for the period between March 2016 and March 2017, only 14.9 percent of Iran’s women are in the workforce, compared with 64.1 percent of men. This rate is lower than the average of 20 percent for all women in the Middle East and North Africa. The unemployment rate for women, currently 20.7 percent, is double that for men. 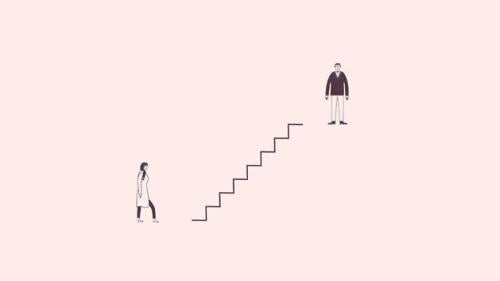 “Iranian women’s achievements in higher education demonstrate their capability and passion to be equal partners in building a better country, but discriminatory laws are holding them back,” said Sarah Leah Whitson, Middle East director at Human Rights Watch. “Authorities have started to acknowledge these problems, but they should take the necessary steps to remove the barriers that are pushing women to the margins of the workforce.”

Human Rights Watch interviewed 44 women and men, including lawyers, small business owners, hiring managers, employees in public and private sectors, and economic experts who currently live in Iran or have recently left the country and have participated in or have studied Iran’s job market. The report also analyzes Iranian laws, policies, and officials’ statements.


Iran’s civil code is a major source of legal discrimination against women in the workforce. The civil code considers the husband the head of the household, giving him control over his wife’s economic choices, including the right to prevent his wife from working under certain conditions.

“I am a woman who has invested so much time on education and can’t imagine myself without my profession,” a woman who is a lawyer and university lecturer told Human Rights Watch. “By pressuring me to leave my job, my husband wants to take away part of my identity.”

Several lawyers said that during divorce court proceedings, husbands frequently try to gain an advantage by accusing their wives of working without their consent or in jobs they deem unsuitable.

The law also requires a husband’s permission for married women to obtain a passport. Some employers interviewed said they are unlikely to hire women for jobs that require extensive travel because of this restriction.

Iran’s social security regulations also discriminate against working women, requiring a woman to prove that her husband is unemployed or has a disability or that she is the sole guardian of their children before she can get equal or family benefits.

Iranian law prohibits discrimination against women in the workplace, but it does not apply to hiring or promotion. Many job vacancy announcements specify gender preferences based on arbitrary and discriminatory criteria, especially for technical and managerial jobs.

Thousands of public sector positions are filled through exams administered by a state evaluation administration. In a Human Rights Watch analysis of the 7,026 advertised vacancies for the past three public service entrance exams, about 60 percent specified a preference for a male hire and only 5 percent specified a female hire.

Shahindokht Mowlaverdy, the country’s vice president for women and family affairs, brought the discrimination to the government’s attention in April 2015. President Hassan Rouhani, in response, postponed a July 2016 exam for 2,545 vacancies. The exam will be held in November 2017, with 300 more positions open to women. While this is a minor improvement, it falls far short of eliminating ongoing discrimination against women in hiring practices in the public sector, Human Rights Watch said.

Women interviewed described a similar experience in the private sector. Many felt that their chances of getting hired or promoted to management positions are lower. “Once my boss told me to come and explain my views in a meeting, but then he immediately retracted his suggestion, saying that it’s not a good idea since it’s a men’s club,” said a mid-level employee at a consulting firm.

A lack of adequate legal protection also contributes to obstacles for women in the workforce. According to Iranian officials’ statements, more than 48,000 women have lost their jobs after using their legal maternity leave. Managers and employees interviewed said they were not aware of any anti-sexual harassment policies at their workplace, and women reported instances of sexual harassment and arbitrary enforcement of discriminatory dress codes.

Women are also severely underrepresented in the decision-making process. They currently only occupy 5.8 percent of seats at parliament, while the Guardian Council, a body of Islamic jurists responsible for vetting candidates for elections, has effectively barred women from running for the highest elected office in the country. The Council rejected all women who wanted to run for president in the May 19 national elections.

With more international companies and foreign investment in Iran following the agreement over its nuclear facilities, the Rouhani administration’s priority has been to improve the country’s damaged economy. But the benefits to Iran’s economy will be limited unless the barriers women face in the job market are addressed, Human Rights Watch said.

Private companies and foreign investors also have an obligation to ensure equal practices are in accordance with the United Nations Guiding Principles on Business and Human Rights. They should proactively create and enforce clear policies prohibiting sexual harassment in the workplace, ensure gender equality in hiring and promotion, and provide equal access to professional development opportunities.

In his campaign for reelection, Rouhani strongly criticized the country’s gender inequality.

“Now that President Rouhani has been elected for the second term, he should make good on his promises of equality,” Whitson said. “Giving Iran’s women the protection and equal rights they deserve is long overdue.”