(Geneva) – United Nations member countries should denounce the Philippines’ brutal “war on drugs” that has killed more than 7,000 people since President Rodrigo Duterte took office in June 2016, Human Rights Watch said today. The Philippines will appear for the third cycle of the Human Rights Council’s Universal Periodic Review (UPR) on May 8, 2017, in Geneva.

UN member countries should urge the Philippines to support an international investigation into the killings, given the Philippine government’s own failure to impartially investigate or prosecute those responsible, Human Rights Watch said. Various UN bodies, the media, and Human Rights Watch and other nongovernmental organizations have reported on the extrajudicial killings, which may amount to crimes against humanity.

“The UN review of the Philippines is critical because of the sheer magnitude of the human rights calamity since President Duterte took office last year,” said Phelim Kine, deputy Asia director at Human Rights Watch. “Duterte’s ‘war on drugs’ has been nothing less than a murderous war on the poor.”

At the UPR, the human rights progress of each UN member country is reviewed every four years. Members and observers of the UN Human Rights Council will raise the Philippines’ past human rights pledges and new concerns. The previous reviews of the Philippines were in 2008 and 2012. This year’s review covers the last four years of the administration of President Benigno Aquino III and the period since Duterte took office.

Immediately after the UN review of the Philippines on May 8, Human Rights Watch will moderate a side event in Geneva, co-hosted with other NGOs, to assess the review and the Philippine delegation’s responses. This event will take place from 12:30 p.m. to 14:30 p.m. in room XXIII of the Palais des Nations, Geneva.

Human Rights Watch, in its UPR submission in September 2016, highlighted some of the human rights problems the Philippines faces:

The killings of activists, peasant and indigenous peoples’ leaders, environmentalists, journalists, and – especially under the Duterte government – suspected criminals, persist. Duterte has instigated the police and incited vigilantes to kill suspected drug dealers and drug users in his anti-drug campaign. He has ignored calls for an official probe into these killings. Instead, he has praised the killings as proof of the “success” of the “drug war” and urged police to “seize the momentum.” 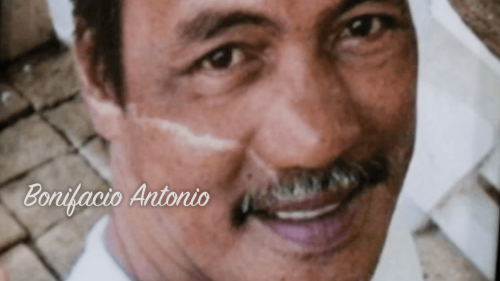 Human Rights Watch has also documented the existence of police-linked death squads in several cities, including Davao City, where Duterte served as mayor for 22 years. A 2014 Human Rights report examined the death squad in Tagum City in Mindanao.

The military and police have continued to commit torture and other ill-treatment in custody. The passage in 2009 of the Anti-Torture Act was met with enthusiasm but has resulted in only one torture conviction to date. There is evidence that the military engages in torture of civil society activists and alleged insurgents in its custody. In October 2013, Human Rights Watch documented the mistreatment of detainees, including children, by security forces in Zamboanga City in the southern Philippines.

The national Commission on Human Rights has received numerous torture allegations that mainly implicate the Philippine National Police. An April 26, 2017 raid by the commission on a police station in Manila resulted in the discovery of a secret jail where at least a dozen drug suspects were illegally detained. They alleged mistreatment and extortion by the police.

In its last UPR review in 2012, the Philippines accepted recommendations to carry out impartial investigations into all allegations of enforced disappearances. Two bellwether tests of military impunity for enforced disappearances are the abduction and alleged torture of activists Karen Empeno and Sherlyn Cadapan in 2006. Although police eventually arrested retired Maj. Gen. Jovito Palparan for his alleged role in that crime, his trial is ongoing. The case of Jonas Burgos, a peasant leader who was abducted by military personnel from inside a mall in Quezon City in April 2007, and has not been seen since is also emblematic of impunity for enforced disappearances.

Tribal and environmental groups have accused the military of using local paramilitaries to help clear ancestral areas to pave the way for mining companies and other business interests. Military operations against suspected communist New People’s Army rebels have also displaced hundreds of students in several tribal schools in four provinces in Mindanao since 2010. In 2015, domestic human rights groups alleged that the military conducted a series of attacks against indigenous peoples in Mindanao.

Human Rights Watch has documented policies designed to derail the full enforcement of the country’s Reproductive Health Law. A temporary restraining order issued in 2015 by the Supreme Court, which was responding to conservative opposition to contraceptives, threatens to render obsolete a considerable number of contraceptives already procured by the government because these would expire in 2018. The court has since expanded the ruling, instructing the Food and Drug Administration to not approve any new applications for contraceptives.

At least two cities – Sorsogon City and Balanga City – have issued ordinances that effectively banned the sale and distribution of contraceptives, among them pills, implants, and condoms.

Human Rights Watch has documented how thousands of children – some as young as 9 – risk their lives in small-scale gold mines, mostly financed by local businessmen. Children work in unstable 25-meter-deep pits and dive underwater to mine along shores or in rivers. Children also work with mercury, a toxic metal that is commonly used to process gold.

Attacks on schools by the military and its paramilitary group continue to be a concern. On September 1, 2015, the Magahat paramilitary group allegedly attacked a tribal school in Surigao del Sur province, torturing and killing an educator and two tribal leaders. 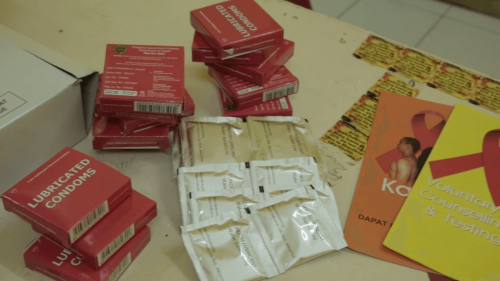 The Philippines currently has one of Asia’s fastest-growing HIV/AIDS epidemics. Although the national prevalence rate is still low, the country is experiencing a sharp rise in new infections particularly among men who have sex with men. That increase is linked to policies at the local, provincial, and national level, compounded by resistance of the Catholic Church and other elements hostile to sexual health education and condom use. They include obstacles to condom access and HIV testing, and inadequate educational HIV prevention efforts.