(Manila) – A fleeing Saudi woman faces grave risks after being returned to Saudi Arabia against her will while in transit in the Philippines, Human Rights Watch said today. Saudi authorities should ensure that Dina Ali Lasloom, 24, is not subjected to violence from her family or prosecution by Saudi authorities for trying to flee, Human Rights Watch said.

On April 10, 2017, Saudi activists posted videos that appeared to show Lasloom at Manila’s international airport pleading not to be returned because she feared her family would kill her. The Saudi embassy in the Philippines issued a statement on April 12 saying that Lasloom’s return was a “family matter.”

“Saudi women fleeing their family or the country can face so-called ‘honor’ violence or other serious harm if returned against their will,” said Sarah Leah Whitson, Middle East director at Human Rights Watch. “Saudi authorities should immediately protect this woman from her family to ensure she’s not subjected to violence and should not punish her for fleeing.” 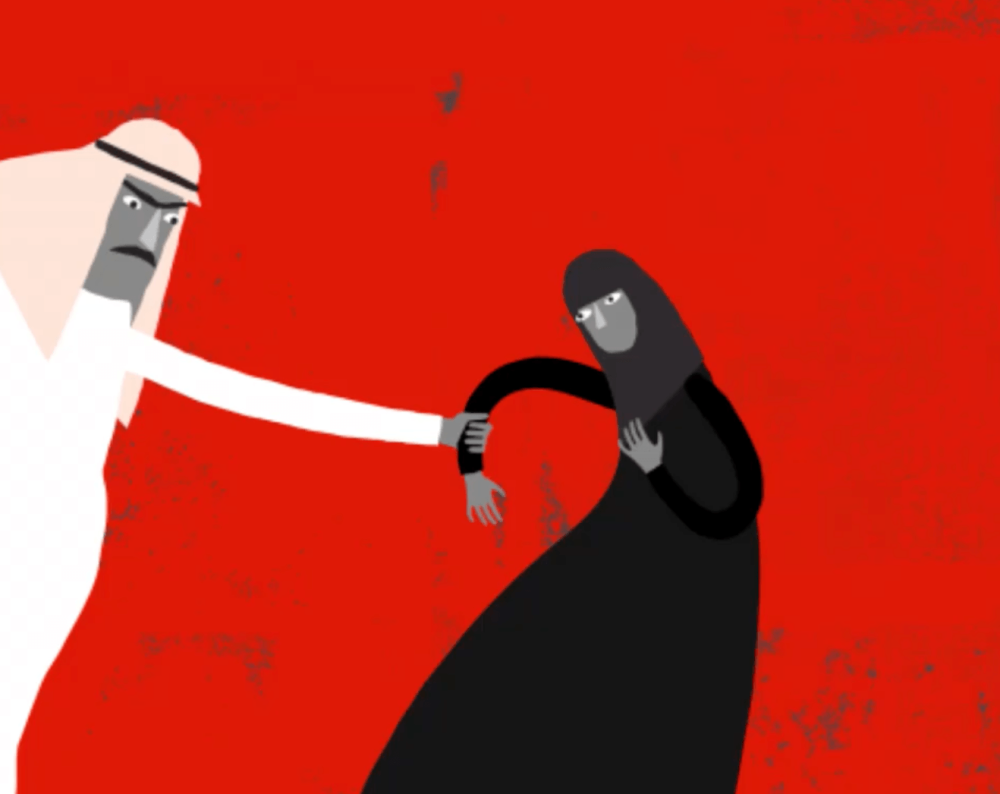 Human Rights Watch interviewed four people linked to Lasloom’s case, including two who said that they spoke to her at Manila’s Ninoy Aquino International Airport.

A Canadian woman, Meagan Khan, transiting through Manila on April 10, told Human Rights Watch that Lasloom approached her at 11 a.m. to ask if she could borrow her cell phone. She said that Lasloom identified herself as a Saudi woman living in Kuwait who intended to flee to Australia to escape a forced marriage and that airport officials had confiscated her passport and boarding pass for a scheduled 11:15 a.m. flight to Sydney.

Khan said she then assisted Lasloom in filming several short videos explaining her case, which were later circulated on social media networks. One video shows Lasloom saying: “They took my passport and locked me up for 13 hours … if my family comes they will kill me. If I go back to Saudi Arabia I will be dead. Please help me.” Khan said several hours later, two men Lasloom identified as her uncles arrived at the airport. After sitting with her for eight hours, Khan then left for her connecting flight.

Philippine immigration officials denied holding Lasloom in immigration detention, according to local media outlets. An airline security official, who requested not to be identified, told Human Rights Watch that he met Lasloom at about 12:30 p.m. on April 11 in the lobby of a small temporary lodging facility in Terminal One. He said that Lasloom told him that she feared going back to Saudi Arabia with her uncles and that he saw bruises on her arms that she said were the result of a beating by her uncles.

The security official said that at 5:15 p.m., while he was in the hotel lobby, he saw two airline security officials and three apparently Middle Eastern men enter the hotel and go to her room, which he said was near the lobby. He said he heard her screaming and begging for help from her room, after which he saw them carry her out with duct tape on her mouth, feet, and hands. He said she was still struggling to break free when he saw them put her in a wheelchair and take her out of the hotel.

A Saudi source sent Human Rights Watch photos obtained via a contact who works at Riyadh’s King Khalid International Airport that show flight information that includes details of Lasloom, along with her two uncles, as passengers on Saudia Airlines flight SV871, which departed Manila at 7:01 p.m. on April 11 and arrived in Riyadh at midnight local time.

Reuters reported that several passengers said they had seen a woman being carried onto the plane screaming. One woman told Reuters, “I heard a lady screaming from upstairs. Then I saw two or three men carrying her. They weren’t Filipino. They looked Arab.” Two people who went to Riyadh airport at midnight to seek information about Lasloom told Human Rights Watch that she did not emerge from the flight with the rest of the passengers. Reuters also reported that a Saudi activist who went to the airport to meet Lasloom appeared to have been detained after approaching security officials to inquire about the case.

The role Philippine authorities played in Lasloom’s return is unclear. As a party to the 1951 Refugee Convention and the Convention against Torture, the Philippines has an obligation not to return anyone to a territory where they face persecution because of their gender or a real risk of torture or cruel, inhuman, and degrading treatment.

“The Philippine government should fully investigate this incident and hold any of their officials who failed to protect Dina Ali Lasloom accountable, as required by international law,” Whitson said.

The Saudi authorities should disclose whether Lasloom is with her family or held by the state, Human Rights Watch said. If held by the state, the authorities should disclose under what conditions she is being held, including whether she is at a shelter at her request and whether she has freedom of movement and ability to contact the outside world. State shelter facilities in Saudi Arabia are used both to detain women and to provide protection for those fleeing abuse, and may require a male relative to agree to their release. Lasloom is at serious risk of harm if returned to her family. She also faces possible criminal charges, in violation of her basic rights, for “parental disobedience,” which can result in punishments ranging from being returned to a guardian’s home to imprisonment, and for “harming the reputation of the kingdom” for her public cries for help.

Human Rights Watch has documented how under Saudi Arabia’s male guardianship system, adult women must obtain permission from a male guardian to travel abroad, marry, or be released from prison, and may be required to provide guardian consent to work or get health care. These restrictions last from birth until death, as women are, in the view of the Saudi state, permanent legal minors.

“Saudi women face systematic discrimination every day, and Lasloom’s case shows that fleeing abroad may not protect them from abuses,” Whitson said.