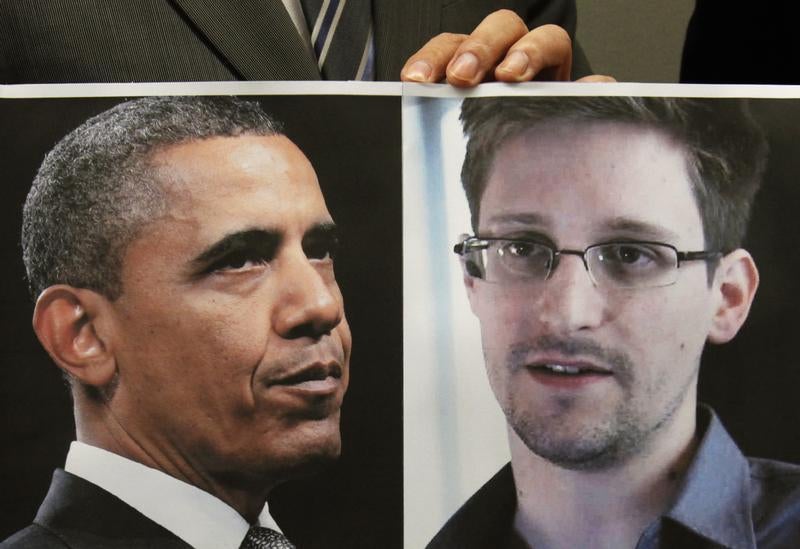 Urge President Obama to pardon Snowden in recognition of his service to his country and allow him to return home with dignity!&#13;

The Pardon Snowden campaign, supported by the American Civil Liberties Union, Amnesty International and Human Rights Watch, will work through the end of Obama’s administration to make the case that Snowden’s act of whistleblowing benefited the United States and enriched democratic debate worldwide. The campaign urges citizens around the world to write to the president via the pardonsnowden.org site, as attention is to drawn to Snowden by this week’s release of the film “Snowden,” directed by Oliver Stone and starring Joseph Gordon-Levitt.

“Thanks to Edward Snowden’s act of conscience, we have made historic strides in our fight for surveillance reform and improved cybersecurity,” said American Civil Liberties Union Executive Director Anthony D. Romero. “It is indisputable that our democracy is better off thanks to Snowden, and it’s precisely for cases like his that the pardon power exists. President Obama should use this power for good instead of leaving an American whistleblower stranded in exile.”

The ACLU, Amnesty International, and Human Rights Watch are partnering with the campaign, which launched with full-page ads in The Washington Post and Politico.

The outcry sparked by Snowden’s disclosures has had sweeping effects globally and domestically. A panel appointed by the president to review the NSA’s surveillance program recommended ­­dozens of reforms. Last year, a federal appeals court found illegal the NSA’s call-tracking program revealed by Snowden. The following month, Congress passed the USA Freedom Act, which ended bulk collection of call data by the US government. That bill marked the first time Congress has acted to rein in government surveillance since the 1970s. Journalists at The Guardian and Washington Post won the 2014 Pulitzer Prize for their reporting on Snowden’s disclosures. Obama himself commented that the debate sparked by the whistleblower “will make us stronger.”

“Edward Snowden’s actions sparked one of the most important debates about government surveillance in decades, and brought about extraordinary reforms that continue to benefit our privacy. Punishing him for this sends out the dangerous message that those who witness human rights violations behind closed doors should not speak out,” said Salil Shetty, Amnesty International’s secretary general.

The US government has charged Snowden under the Espionage Act, a First World War-era law that does not distinguish between selling secrets to foreign governments and giving them to journalists working in the public interest. Were Snowden to stand trial under the charges he faces, any argument that his actions benefited the public would be considered inadmissible in court.

"It’s time to recognize Snowden as a whistleblower who played a major role in protecting our rights. He should be applauded, not charged,” said Kenneth Roth, executive director of Human Rights Watch. “Disclosing illegal government activity shouldn’t get you locked up or exiled. President Obama should pardon Snowden and bring him home to work for the security and privacy of everyone.”

Obama has previously invoked the pardon power in four pre-trial cases. They were all connected to the Iran nuclear deal passed last year.

For more on the Snowden campaign, please visit: www.pardonsnowden.org