Millions of children risk pain, sickness, injury, and even death to produce goods and services for the global economy. Human Rights Watch has documented hazardous child labor in agriculture, mining, the leather and apparel industry, and other sectors. 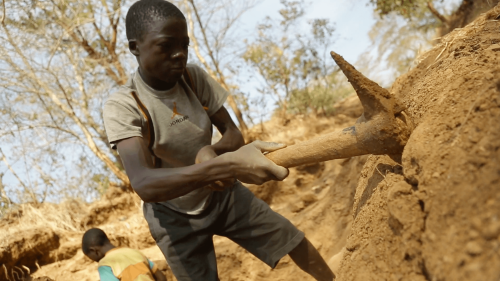 “Consumers usually have no way of knowing whether the food they eat, the clothing and jewelry they wear, or other products they buy were made with child labor,” said Jo Becker, children’s rights advocacy director at Human Rights Watch. “Companies shouldn’t profit from the exploitation of children.” The video features children working in gold mines in the Philippines and Tanzania, weaving carpets in Afghanistan, and toiling in tobacco fields in the United States and agricultural settlements in the West Bank. Richard, a 13-year old working in a Tanzanian gold mine, says: “I don’t like mining at all. I’d like to go to school full time.”

In today’s global economy, businesses often rely on complicated supply chains. Raw materials may be produced in multiple countries, processed or assembled into finished goods in another, and consumed in markets across the globe. Children may be exploited at any stage of the supply chain, but child labor is most common in the early stages of production.

The International Labour Organization (ILO) estimates that 168 million children are involved in child labor globally, including 85 million who are engaged in hazardous work that jeopardizes their health or safety.

Human Rights Watch has documented hazardous conditions for children mining gold in Ghana, Mali, Tanzania, and the Philippines. An estimated one million children worldwide work in small-scale, labor-intensive mines and 15 percent of the world’s gold is sourced from artisanal mines. Children risk death and injury climbing into unstable mine shafts and carrying heavy bags of ore. They also may suffer irreversible brain damage from handling mercury, a highly toxic substance used to process gold that is exported to refineries in Dubai and Switzerland.

Tanneries in Bangladesh, which export more than US$1 billion worth of leather each year to countries around the world, often employ children, some as young as 11. Some of these children become ill from exposure to hazardous chemicals and have been injured in horrific workplace accidents.

An estimated 70 percent of child laborers work in agriculture, which is often hazardous due to pesticide exposure, work with sharp tools or heavy machinery, and long hours spent laboring in extreme heat. Human Rights Watch found that Palestinian children often work in hazardous conditions on Israeli agricultural settlements in the West Bank, growing and harvesting crops that are exported to the US and Europe. 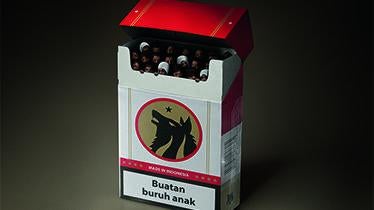 Human Rights Watch has also documented hazardous conditions for children working on tobacco farms in the United States and Indonesia that supply international cigarette manufacturers. In both countries, at least half of the child tobacco workers interviewed had experienced nausea, vomiting, headaches, and dizziness, symptoms consistent with acute nicotine poisoning.

Existing international standards related to businesses and child labor are voluntary. The UN Guiding Principles on Business and Human Rights and the Organisation for Economic Co-operation and Development (OECD) Guidelines for Multinational Enterprises, among others, spell out human rights responsibilities of businesses, but have no enforcement mechanism.

Human Rights Watch calls for binding international standards that would require businesses to carry out due diligence – measures to ensure their operations respect human rights and do not contribute to human rights abuses – throughout their supply chains to prevent child labor and other human rights abuses. On May 30, representatives of governments, trade unions, and employer organizations began discussions regarding the possibility of new ILO standards on decent work in global supply chains at the International Labor Conference in Geneva.

“When standards are voluntary, some companies take them seriously, but others simply ignore them even though the lives and safety of children and other workers are at stake,” Becker said. “Governments should impose mandatory rules on businesses to make sure they address child labor and other human rights abuses throughout their supply chains.”