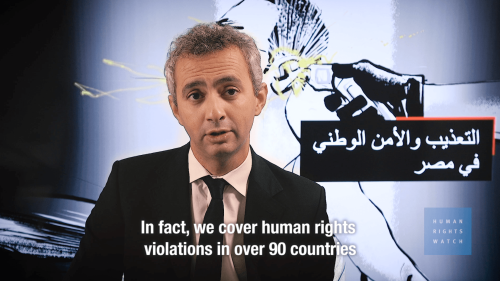 After Human Rights Watch released a report on torture in Egypt titled “‘We Do Unreasonable Things Here’: Torture and National Security in al-Sisi’s Egypt," the government blocked HRW's website and went into propaganda overdrive. This video is a short response.

More about the report: