If you live in the EU, chances are your plastic trash might be recycled by child or migrant workers in Turkey. 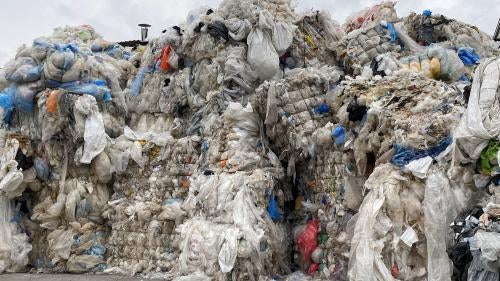 Each year, hundreds of thousands of metric tons of plastic waste from the European Union are shipped to Turkey for recycling. Yet plastic recycling facilities in Turkey are threatening the health of local communities and workers, including children, refugees, and undocumented migrants.

In the coming days, the European Parliament will vote on a revision of the Waste Shipment Regulation, which is meant to prevent European waste from contributing to human health and environmental harm. This reform is an opportunity for EU member states to take responsibility for their own consumption and stop exporting plastic waste outside of the EU.

The current Commission proposal already takes a step in the right direction by introducing a de-facto ban for plastics exports into non-OECD countries. EU exporting companies will have to independently audit facilities in importing countries to ensure the facility has the capacity to safely and properly treat waste and protect workers’ health.

But as it stands, the draft regulation would allow plastic waste exports to Turkey to continue because it is an OECD member and has laws on the books to prevent health and environmental harm, even though those laws are not always enforced.

As the European Parliament and European Council finalize the EU Waste Shipment Regulation, they should ensure that the EU puts an end to the harmful practice of exporting its plastic waste exports to other countries, regardless of OECD status.

While we’re often told that recycling is the most sustainable way to deal with plastic waste, the process can be hazardous. To be recycled, plastic must be sorted, cleaned, shredded, and then melted and formed into pellets for reuse. Research has shown that this process can emit hazardous air pollutants and toxins, poisoning the local environment and threatening people’s health.

Unless the EU takes responsibility for reducing and managing its own plastic waste, the health of child and migrant workers will be at risk.

We recently documented the hazardous impact of plastic recycling in Turkey. Workers and nearby residents told us about the significant health problems that they believe are linked to plastic recycling. These include high rates of asthma, trouble breathing, and skin ailments. Toxins released during recycling are linked with increased risk of cancer, miscarriages, and children born with disabilities. Turkish authorities largely fail to enforce laws that would protect people from serious harm.

A 16-year-old boy told me he began working in a plastic shredding facility in Adana, in southern Turkey, when he was just 9. He was exposed to extremely hazardous conditions there, including loading plastic onto a conveyer belt and feeding materials into the shredding machine, which has sharp metal blades.

In March, I met a refugee woman who came to Adana as a teenager fleeing the Syrian war. Shortly after arriving in Turkey, she began working 12 hours a day in a plastic recycling facility, where she earns less than the minimum wage and doesn’t even have basic protective equipment like masks. The skin on her cheeks was irritated and red, and her arms had rashes. She told me that she has trouble breathing and her skin feels as if it’s burning.

These problems are not unique.  We interviewed dozens of plastic recycling facility workers and nearby residents in Turkey who said they’ve experience acute respiratory problems, difficulties accessing medical care, and a fear of retaliation from facility owners if they complain to the authorities.

Turkey has laws that prohibit children from working in plastic recycling facilities and regulations requiring facilities to be inspected for labor and environmental compliance, but the Turkish government’s inadequate enforcement of environmental and occupational health laws makes the situation worse.

As the European Parliament and European Council finalize the EU Waste Shipment Regulation, they should ensure that the EU puts an end to the harmful practice of exporting its plastic waste exports to other countries, regardless of OECD status.

The EU is made up of some of the world’s wealthiest nations. The EU should handle its own waste rather than expecting countries with fewer resources to take on this unjust burden.