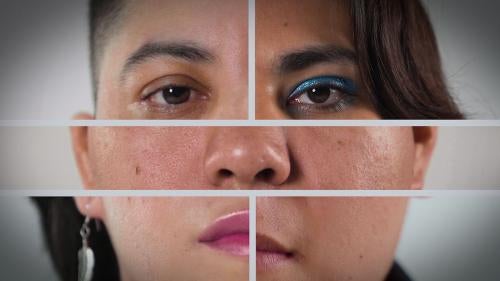 (New York) – Transgender people in El Salvador experience significant discrimination in daily life because there is no procedure for legal gender recognition, Human Rights Watch and COMCAVIS TRANS said in a report released today. The Legislative Assembly should comply with a recent Supreme Court ruling and create a simple, efficient procedure to allow trans people to accurately reflect their self-declared gender identity on identity documents.

The 40-page report, “‘We Just Want to Live Our Lives’: El Salvador’s Need for Legal Gender Recognition,” exposes the pervasive discrimination that trans people experience due to a mismatch between their gender and their identity documents. The researchers focused on discrimination in four key areas: health, employment, voting, and banking. Human Rights Watch and COMCAVIS TRANS found that a lack of accurate documents, often in combination with anti-trans bias, seriously impedes the realization of these rights for trans people.

“El Salvador’s Supreme Court has made patently clear that trans people have a right to their identity, and now the Legislative Assembly should comply with the ruling and ensure the rights of trans people,” said Cristian González Cabrera, LGBT rights researcher at Human Rights Watch. “Without such legislation, trans people will continue to be disadvantaged in society, exacerbated by the generalized violence and discrimination they face in all aspects of life.”

In February 2022, the constitutional chamber of El Salvador’s Supreme Court ruled that the constitution prohibits discrimination based on gender identity and gave the legislature one year to create a procedure so that trans people can change their names in identity documents. To fully comply with international human rights standards and minimize discrimination, the Legislative Assembly should also allow trans people to modify the gender markers in their documents, via a simple, efficient, and inexpensive administrative procedure based on self-declaration.

In August 2021, lawmakers, in collaboration with trans organizations, introduced a draft Gender Identity Law that would create a legal gender recognition procedure, but members of the parliamentary Committee on Women and Gender Equality have not yet discussed it. In May 2021, the same committee blocked a similar bill introduced in 2018 in the previous legislature, along with 29 other bills on various other subjects calling them “not in accordance with reality.” Trans activists sharply criticized the move.

Most trans people interviewed told researchers that they experienced discrimination when they visited public healthcare facilities. They said that clinic staff exposed them as transgender by calling out their legal names in waiting rooms, subjected them to onerous questioning about their identities, and humiliated and mocked them.

Most of the trans people interviewed said that they faced obstacles accessing bank deposits and remittances from family living abroad, with bank employees questioning their identity because it didn’t match their documents.

Many of the people interviewed said they faced no impediment to their right to vote in the February 2021 elections. But two trans women said that they were not allowed to vote because their identity document did not match their gender, while several others said they were allowed to vote but faced questioning that left them feeling humiliated.

A growing number of countries in Latin America have created procedures for legal gender recognition, such as Argentina, Chile, Colombia, Costa Rica, Mexico, and Uruguay, providing for simple administrative processes based on self-declaration. The president of neighboring Honduras recently announced that country would make the necessary reforms to allow for this right, in compliance with a 2021 Inter-American Court of Human Rights landmark ruling in a case involving Honduras.

In 2017, the Inter-American Court, which is charged with interpreting the American Convention on Human Rights, affirmed that states must establish simple and efficient legal gender recognition procedures based on self-identification, without invasive and stigmatizing requirements.

The International Covenant on Civil and Political Rights (ICCPR), to which El Salvador is also a party, provides for equal civil and political rights for all, everyone’s right to recognition before the law, and the right to privacy. The United Nations Human Rights Committee, in charge of interpreting the ICCPR, has called on governments to guarantee the rights of transgender people, including the right to legal recognition of their gender.

In 2017, the Salvadoran government acknowledged in a report that LGBT people face “torture, inhuman or degrading treatment, excessive use of force, illegal and arbitrary arrests and other forms of abuse, much of it committed even by public security agents.” A 2021 Human Rights Watch report confirmed the Salvadoran government’s assessment and found that social and economic marginalization further increase the risk of violence, making trans people especially vulnerable to abuse.

“El Salvador has a historic debt to the trans community, which the creation of a legal gender recognition procedure can begin to address,” said Bianka Rodríguez, executive director of COMCAVIS TRANS. “We will continue to be objects of violence and discrimination in society until our self-determination, dignity, and freedom are recognized.”