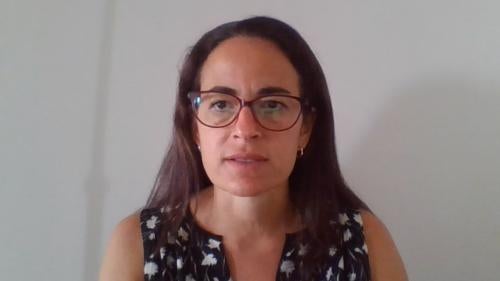 Venezuelan authorities have in recent months harassed and criminally prosecuted civil society organizations doing essential work to address the country’s ongoing humanitarian emergency. Authorities and security forces have carried out a systematic campaign against these organizations by freezing bank accounts, issuing arrest warrants, raiding offices, detaining some members for questioning, and prosecuting them.

Credible accountability is essential to curb abuses, and that is impossible in a country like Venezuela without an independent judiciary.

Elections held on December 6, 2020 were neither free nor fair. The elected, pro-government National Assembly plans to discuss an array of bills or legal reforms that would restrict rights and liberties, particularly on social media.

Meanwhile, the humanitarian emergency and the massive exodus of Venezuelans continues.

We urge members of this Council to continue supporting the invaluable work of the Fact-Finding Mission to collect, consolidate, preserve, and analyze evidence of systematic abuses committed in Venezuela, as well as efforts by the Prosecutor’s Office of the International Criminal Court to determine whether to open a formal investigation into allegations of crimes against humanity.