People whose identities do not fit into a rigid female/male gender binary have, in many countries, been on a years-long quest to obtain official documents that reflect their identities by using a non-binary “X” marker in lieu of the typical “F” or “M.”

If you have never questioned your assigned gender, you may wonder why access to non-binary gender markers is a human rights issue worthy of lengthy court battles or legislative advocacy. 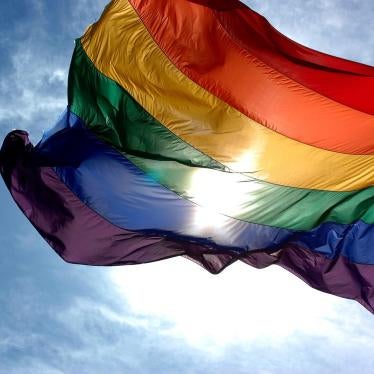 The European Court of Human Rights ruled in a 2002 decision – addressing the transition between female and male genders, not non-binary identities – the “conflict between social reality and law” that arises when the government does not recognize a person’s gender identity constitutes “serious interference with private life.” The same is true for those who do not consider themselves female or male. State compulsion to choose one or the other seems precisely the kind of interference the court sought to mitigate.

A mobilizing axiom of the trans rights movement is “Your sex is what’s between your legs; your gender is what’s between your ears.” It is an argument that undergirds the right to change one’s official sex marker – which is read, socially, as a gender marker. Just as transgender activists have fought for pathways to gender marker change from female to male or vice versa, non-binary activists logically query why anyone should be forced into an F or M if there are countless variations on what is between a person’s ears.

After all, gender variant people have existed throughout the world and across time, celebrated in some cultures, denigrated in others. Some societies recognized people who embodied a gender identity beyond the binary, for example, hijra communities in South Asia, two-spirit people among some Native American cultures, waria in Southeast Asia and Fa’afafine in Pacific Islander communities. While the blunt classificatory instruments of colonial rule imposed new bureaucracies of gender assignment, these communities persist and continue to provide alternate ways of thinking about gender that evade binary classification.

At least ten countries do allow for people to opt for an “X” gender marker under at least some circumstances, though progress has often required lengthy court battles. In some cases, courts have only availed “X” gender markers to intersex people – people born with chromosomes, gonads, sex organs, or genitalia that differ from those seen as typical for girls or boys – but have not extended such recognition to non-binary people who are not intersex. Such rulings are anachronistically rooted in the precept that gender markers should be a reflection of biology or body parts.

When it is recognition of gender identity, not intersex status, that is at stake, progress has. In the UK, the Court of Appeal held in March of 2020 that human rights norms did not impose a positive obligation on the state to provide an “X” marker option in passports. The petitioner, Christie Elan-Cane, who is non-gendered and had brought the case to secure a non-binary gender marker on their passport, described the impact as being told to continue to “collude in their own social invisibility.”

British passports list a person’s “sex” but have given a nod to trans people’s gender identity since 2004, when the European Court of Human Rights ruled in Goodwin that transgender people could change their sex markers from female to male or vice versa to reflect their gender identities. But the Elan-Cane ruling means that people who do not identify as female or male will not benefit from such recognition of their identities.

Human Rights Watch submitted an amicus brief in Elan-Cane’s case, pointing out that a 2018 Government Equalities Office survey of over 100,000 LGBT+ people in the UK found that 7 per cent of respondents identified as non-binary. Among transgender respondents, fifty-two per cent were non-binary, and many told survey-takers that they experienced the absence of non-binary gender markers as a harm. As one put it: “Every time I fill in a form, with a few notable exceptions, I am forced to choose a binary gender and title, which is incorrect and upsetting…” If governments are committed to recognizing the rights of transgender citizens and upholding their dignity, they should recognize the identity of those who do not identify as female or male, rather than forcing these citizens to live in discord with their documents.

For many people raised within conventional heteronormative social systems, moving away from rigid gender binaries may feel destabilizing. It may be particularly threatening to those who sit atop social and economic pyramids rooted in patriarchy. When Norrie, a transgender and non-binary person in Australia, applied for an X passport, the Registrar argued that “unacceptable confusion would flow from the acceptance of more than two categories of sex.” This sense of “confusion,” upending patriarchal hierarchies, seems to encapsulate the underlying fear behind states’ reluctance to recognize non-binary (and often, still, transgender) identities.

But evolving interpretations of human rights law suggest that third gender recognition is gaining momentum. With regional courts in Latin America and Europe already affirming that countries must allow citizens to change their gender markers from female to male or vice versa, it seems only a matter of time before an equally strong norm is established around the right to a gender identity that is neither male nor female, or is both. Even some cogs of the global bureaucracy are on board. The International Civil Aviation Organization (ICAO), which sets global regulations for machine readable passports, allows for three sex categories: female, male, or “X” for unspecified.

In the United States, non-binary state identification documents are available in 15 states and the District of Columbia. In February, Congressman Ro Khanna introduced the Gender Inclusive Passport Act, which would require the State Department to issue “X (unspecified)” passports to those who apply for one based on “self-attestation.”

The principle proposes that since states should “only include personal information that is relevant, reasonable and necessary as required by the law,” states should “thereby end the registration of the sex and gender of the person in identity documents such as birth certificates, identification cards, passports and driver licenses, and as part of their legal personality.”

There is precedent for this. Many countries have removed codification of personal characteristics such as race, religion, or marital status from identity documents. The primary purpose of an identity document is to ensure that the person presenting the ID is who they say they are. Race or gender markers do not create any additional clarity when a person’s appearance does not match stereotypes associated with the marker their document bears.

Before 1976, US passports did not include a sex marker at all, and the International Civil Aviation Authority only developed standardized passport regulations requiring a sex marker in 1980. In 2012, the ICAO discussed the possibility of removing sex markers from passports; while it decided against any immediate change for various logistical reasons, it determined that “the tangible benefits of not requiring travel documents to display the holder’s gender mean there is still a significant opportunity for ICAO in changing the mandatory requirement in the future.”

Some activists argue that the time is now. Australian and Aotearoa/New Zealand intersex organizations and independent advocates came together in March 2017 to issue the Darlington Statement, setting out “the priorities and calls by the intersex human rights movement in our countries.” The statement describes sex and gender classifications as “upheld by structural violence.” While welcoming the choice to obtain “X” identity documents as an interim measure, the statement asserts a larger goal “not to seek new classifications but to end legal classification systems and the hierarchies that lie behind them.”

In June, the Netherlands issued a policy removing gender markers from its national identity documents, although they will remain on birth certificates. While some countries, including Germany, already issued identity documents without a sex or gender marker, the Netherlands appears to be the first country to remove such markers as a conscious step to promote inclusion of transgender and non-binary people. Advocacy efforts to remove gender markers from documents should be cognizant of the potential need for alternative measures to track and prevent gender discrimination; in some European countries without gender markers on identification documents, authorities may look up an individual’s officially recorded gender marker in the civil registry, when deemed necessary. But as the number of countries allowing “X” designations grows, the shift from two to three recognized genders will intensify examination of what official purpose is served by recording, and boxing people into, any gender.

Gender markers sit within a field of contestation in which bureaucratic systems of classification are at odds with the rich tapestry of human experience. The motto of the Transgender Law Center in the US is, compellingly, “Making Authentic Lives Possible.” As long as people are limited to gender markers that may not adequately describe them, such authenticity will be hard to come by.

Correction: The article includes a corrected date for a European Court of Human Rights ruling addressing the transition between female and make genders. The ruling was in 2002, not 2017.

The article includes a corrected date for a European Court of Human Rights ruling addressing the transition between female and make genders. The ruling was in 2002, not 2017.