Years have passed, but Kasuba* still remembers when she was tested for lead as a child of about 8. The World Health Organisation says that there is no safe level of lead exposure. But the amount of the metal in Kasuba’s blood was up to 12 times higher than the levels a WHO 2003 paper argued already result in neurological effects in children, specifically declines in IQ.

She says she was given milk and soya as treatment.

Today, public health facilities in the Kabwe area of Zambia where Kasuba lives about 150 km north of Lusaka have no access to the typical treatment for lead poisoning – chelation – to help remove the toxic metal from their blood, a Human Rights Watch report released Friday revealed.

Clinics here also lack the kind of tests to detect lead poisoning that would be a first step towards treatment. 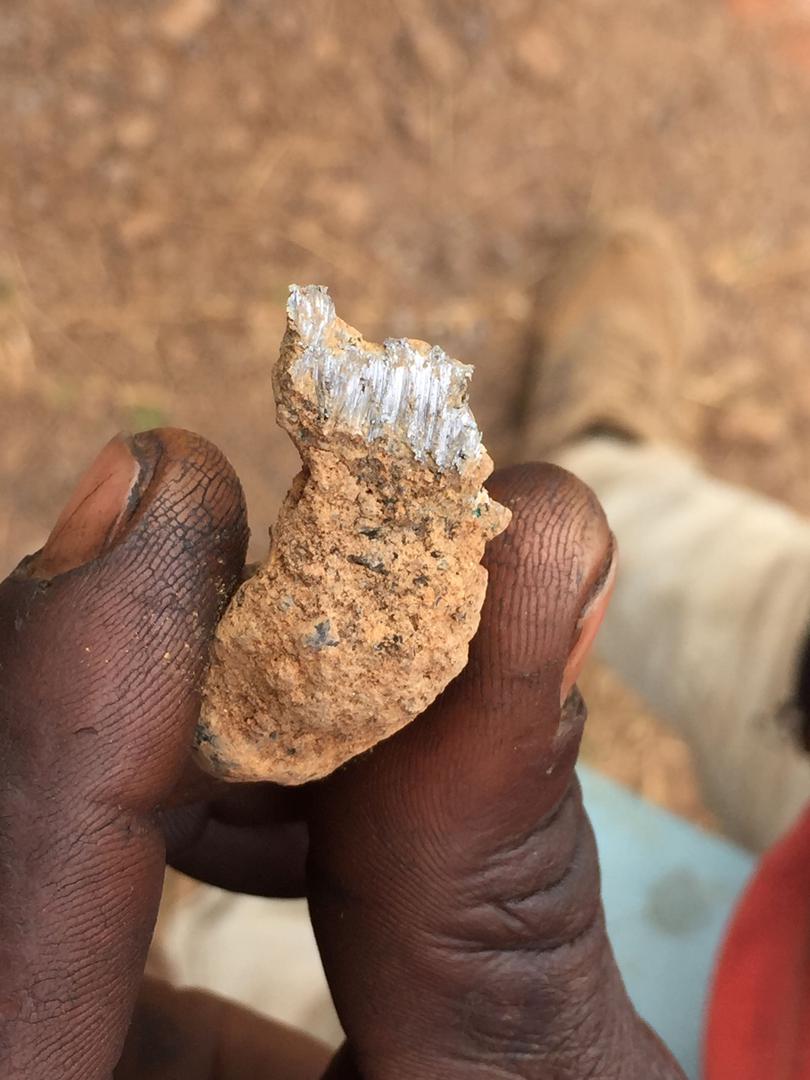 When I visited Kasuba, now 26, in November, she sat across from me on a wooden bench in her yard, in a yellow T-shirt and colourful skirt, cradling her 4-month-old son. He and her other son, she observed, could have lead in their systems too since they grew up in the same neighbourhood of the mining area.

Lead can be passed from mother-to-child via breastmilk. But it’s also all around Kasuba’s sons, in the dirt they play with or that swirls in the dry air and that ends up on their hands – which like most children’s, eventually end up in their mouths. Traces have also been found in some surface water in the area.

Kasuba spoke of headaches and said that her six-year-old son also complained about them. This is consistent with the symptoms of lead poisoning, although it is not possible to definitively attribute the frequent headaches to exposure to the metal.

Neither of her boys had been tested for lead, she explained.

But others in the community have. A study by University of Zambia researchers and published in 2015 in the journal Chemosphere found that each of the 246 children under the age of 7 it screened had enough lead in their blood to cause neurological impairments.

Two years later, the international organisation Pure Earth tested another 196 children between ages 2 and 8. The research, released by the United States Centers for Disease Control, found that the children’s average blood lead level was itself higher than the level at which chelation is advised.

Last November, I visited Chowa and several other lead-affected areas to learn more about life there from community members like Kasuba. What I found was a new generation of children exposed to lead poisoning.

The devastation is the product of pollution dating back to 1904, when a large lead and zinc mine opened under British colonial rule. The mine’s smelter contaminated the residential areas around the mine with lead fumes, which lingered in the soil and dust. By 1927, South Africa’s Anglo American had a controlling interest in that mine. The mine was nationalised soon after independence and closed in 1994.

But government actions to address the problem since have been largely ineffective.

In Kabwe’s town library hangs a poster from a government project that ended in 2011.

“Protect your child from lead poisoning” the poster reads in large, capital letters.

In the library’s research room, binders thick with yellowing pages chronicle the government’s past efforts that have failed to substantially reduce lead levels in Kabwe’s soil or to protect future generations of children from lead poisoning.

The government’s main clean-up strategy has been to plant grass in the area to reduce dust and provide clean topsoil. Both methods have proven unsustainable. For instance, Human Rights Watch found that community members could not afford to water grass in the years after the programmes ended.

The government also failed to address several ongoing sources of lead dust, including unpaved roads and the old mine itself.

In late 2016, the Zambian government initiated a five-year World Bank-funded project that includes new environmental clean-up and health interventions to address lead in Kabwe. But delays mostly due to bureaucratic issues, say government officials, mean that efforts will only begin later this year.

This new project is an opportunity for the government to address a crisis that has been present for generations. New efforts must adopt a comprehensive and sustainable approach to environmental clean-up, one that involves either containing or removing lead-contaminated soil.

The government should clean up the lead in all areas affected by the contamination, including homes, schools, health centres, and other public areas. It should pave roads in contaminated areas to prevent lead dust from harming residents.

While in Kabwe, I spoke with other parents and guardians like Kasuba, who lived in lead-affected areas but whose children or grandchildren had never been tested for lead.

“I need my grandchildren to be tested. I have two in the house”, insisted a grandmother in Kabwe’s Chowa township.

Meanwhile, some parents and grandparents from the areas of not only Chowa, but also the nearby townships of Waya and Makululu, said their children had been tested and diagnosed – but never adequately treated.

“They tested our children and found them with lead,” observed a mother of two in Waya, “but they can’t provide medication.”

Zambia should use new funding to provide lead poisoning testing and treatment to all who are affected by lead and regularly monitor lead levels in the community.

Those most vulnerable to the effects of lead poisoning, such as children under the age of five, should be the first to get tested and treated. This has to coincide with clean-up efforts so that those who are treated are not re-exposed to lead when they return home.

Going forward, the government should also develop a plan to address the long-term contamination risk posed by the old mine site, where windblown lead dust continues to jeopardise community health.

The lead contamination in Kabwe has been a public health emergency for generations. This new project is an opportunity for the government to respond, at long last, with the urgency that is warranted.

*Not her real name

Joanna Naples-Mitchell is a research fellow in the Children’s Rights Division at Human Rights Watch.