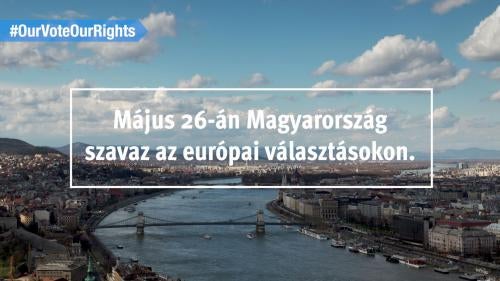 European Parliament elections are just around the corner and Hungarians will have the chance to cast their votes for candidates that commit to uphold values and rights.

Not only does the European Parliament have the power to approve any new EU legislation, it also plays a key role in safeguarding the human rights and freedoms of all Europeans. The 2018 September vote on the Hungarian government’s attacks on rule of law and democracy – calling for scrutiny by other EU members which could lead to political sanctions against the government – is one example where Parliament has taken action to protect the rights of EU citizens.

The scope of the positive role that the European Parliament can play is directly impacted by the choice of candidates that ordinary citizens elect to the Parliament.

As a mother to a small child, living with my family in Budapest, I have seen first-hand the attacks on the independence of the courts and on civil society, the increasing silencing of independent media and on academic freedom as demonstrated by the closing of certain universities or cutting of funds for specific academic programs. In recent years, I have also seen the vilification of foreigners, migrants, and asylum seekers and of those Hungarians who do legitimate work to protect their rights.

I want my child to grow up in a rights-respecting society that embraces solidarity, diversity, and independent thinking and I think my fellow Hungarians would like that too.

The Hungarian government needs to engage with genuine concerns raised by the Parliament and other institutions and actors. The upcoming European election is an opportunity to signal that the protection of rights and common values are still, and should remain, at the forefront of the next European Parliament’s agenda. When we think of the European elections, we should think human rights.