"I get depressed here. I want to go to a good school to study," said a bright, 12-year-old girl from Afghanistan, who's been stuck for six months in the grim Moria refugee camp on the Greek island of Lesbos. "If we don't study we won't have a future and we won't become successful." 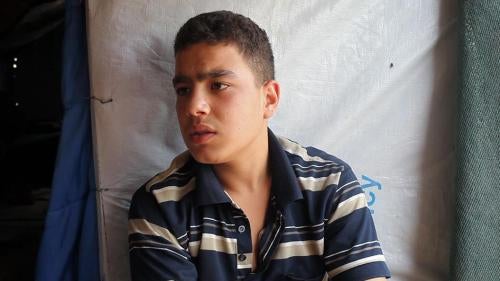 The European Commission's humanitarian agency agrees: "education is crucial" for girls and boys affected by crises, and is "one of the best tools to invest in their long-term future."

So one might expect that the European Union would demand to see educational results for its money in Greece, where by some counts it has spent over $14,000 [€12,100] in aid for every migrant and asylum seeker.

One would be wrong, especially when it comes to asylum-seeking and migrant children stuck on the Aegean islands.

The importance of children having an education seems to have been trumped by a Greek government policy, backed by the EU, of keeping most asylum seekers who arrive by sea from Turkey confined to the islands until their asylum claims are adjudicated, rather than transferring them to the mainland where services are better.

Human Rights Watch research has found that on the Aegean islands, where at any given time there are more than 3,000 school-age asylum-seeking children, fewer than 400 are in school.

In Syria, which many of the refugees are fleeing, net primary school enrollment was 63 percent in 2013(the latest available figures), two years after the war erupted.

The Greek education ministry has opened formal classes tailored to children who do not speak Greek and who have been out of school, but they serve only a small number who were allowed to leave the government camps for shelters or subsidised housing.

Right now the Greek authorities are trying to close a volunteer shelter that was the first on the islands to help asylum seeking children enrol in public schools.

The Greek government has claimed it is impractical to provide access to education to children in the island camps, since they are "on the move." In reality, new arrivals to the islands continue to outpace deportations to Turkey and transfers to the mainland.

Colleagues and I met children who had been stuck in the overcrowded, unsanitary, dangerous camps for up to 11 months without even the respite that going to school could provide.

Greek law makes education compulsory from ages five to 15 and provides that all children have the right to go to school, including asylum seekers without all their papers.

So it was welcome news in April 2018 when Greece's highest court ruled that there was no basis in law for containing new arrivals on the Aegean islands. But while the government has transferred over 10,000 people since November to the mainland, where there are more educational resources, it refused to implement the ruling and instead adopted a law to reinstate the policy.

The Greek ministry for migration policy has also played an opaque and at times unhelpful role, blocking the education ministry from opening more classes on the islands in 2017.

Education is critical to refugee children's ability to integrate and contribute in Europe. And investing in education more than pays for itself; every dollar spent on education reaps two in earnings and health benefits.

Despite all that EU money, Greece seems to do a worse job educating asylum seeker children than countries like Jordan and Turkey, which have lower gross national incomes per capita and vastly more refugee children, and enrolment rates above 60 percent.

By one count, enrollment in Greece was 55 percent – and that only counted the minority of children outside camps across the country, not the majority who are in camps.

Despite the wishful thinking of some European politicians, there is little prospect that most asylum-seeking children in Greece will go to Turkey any time soon. Greece faces a choice between squandering the talents and harming the integration and future of thousands of children or doing the right thing and making sure they can go to school.