The 107-page report “‘I Have to Leave to Be Me’: Discriminatory Laws against LGBT People in the Eastern Caribbean” covers seven countries: Antigua and Barbuda, Barbados, Dominica, Grenada, Saint Kitts and Nevis, Saint Lucia, and Saint Vincent and the Grenadines. All seven countries have versions of buggery and gross indecency laws, relics of British colonialism, that prohibit same-sex conduct between consenting persons. The laws have broad latitude, are vaguely worded, and serve to legitimize discrimination and hostility toward LGBT people. 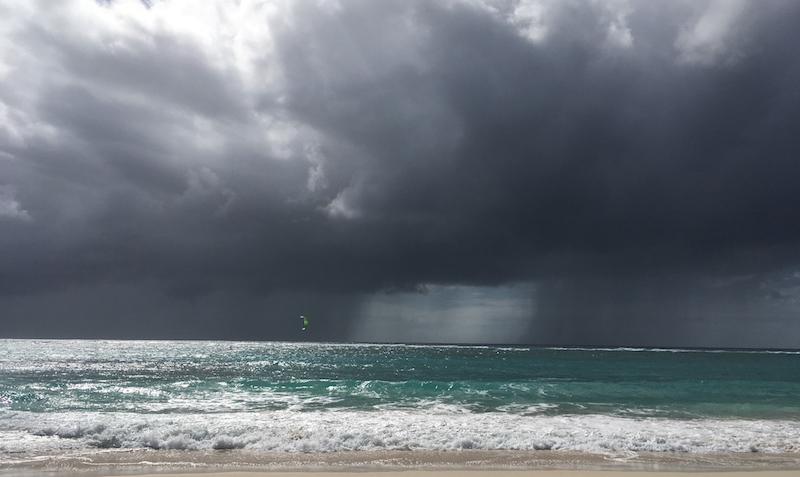 Here are their stories

“While people are rarely prosecuted for these crimes, the laws single out a vulnerable social group,” said Boris Dittrich, LGBT advocacy director at Human Rights Watch. “The laws give social and legal sanction for discrimination, violence, stigma, and prejudice against LGBT people.”

The report is based on interviews with people from all seven countries during February 2017 with a total of 41 self-identifying LGBT people between the ages of 17 to 53 by Human Rights Watch researchers, working closely with the Eastern Caribbean Alliance for Diversity and Equality (ECADE). All of those interviewed described being harassed by family members at some point in their lives because they are LGBT or were suspected to be.

“LGBT citizens contribute to the economic development, create homes, family, and safe spaces in home countries that hold on to colonial laws which discriminate against them and make their lives difficult,” said Kenita Placide, executive director of ECADE. Placide is based in Saint Lucia. “Some go to extreme lengths to protect themselves and maintain these safe spaces, including entering into heterosexual relationships. Fear of isolation, violence, and homelessness are the root causes of misery for many LGBT people living in the closet in the Caribbean.”

In the eastern Caribbean, family and church are cornerstones of social life. Interviewees said that they were afraid to come out in their typically close-knit communities, where social networks are tight and information travels fast. They also face the risk of being ostracized by their own families.

Some said they had been forced by their families to leave home or had been cut off from financial support. Many said that family rejection was often couched in moralistic terms, echoed in local church rhetoric. Many faced homelessness and life at the margins of society, leaving them vulnerable to violence and ill health.

“The fear of harassment, rejection, stigmatization, and even physical violence begins in the home and translates to key social spaces, including church and school,” said Richie Maitland, vice-chair of ECADE, who is based in Grenada.

Human Rights Watch and ECADE found that discrimination and stigma against LGBT people seeps into everyday activities, including access to services such as health care, school, or public transportation, or social activities such as going to the movies or shopping. Some said they had changed their lifestyle and behaviour to avoid contact with hostile members of their family, church, or community. Some opted to socialize only with a few trusted friends in the safety of their homes.

Verbal abuse and harassment can quickly escalate into physical assault. Interviewees described being stabbed, struck, pelted with bottles and bricks, beaten, slapped, choked and, in one instance, chased with a harpoon.

“People don’t understand how much pressure it is not to be your true authentic self and how that is such a mental strain – to the point where that is so detrimental to you as a person,” said Jason (a pseudonym), a 40-year-old man from Barbados. “It hinders our education opportunities, and work opportunities and taking part in your community.”

The English-speaking Caribbean is an outlier in the region. The fact that buggery and gross indecency laws are still on the books there is in stark contrast with recent developments in Latin America, where countries including Bolivia, Chile, Ecuador, Mexico, and Uruguay have been progressive in enacting non-discrimination policies and anti-bias legislation. Latin American countries, including Argentina, Brazil, and Chile have taken an international lead advocating for the rights of LGBT people at the United Nations. Several, including Costa Rica, Mexico, and Uruguay, are members of the Core Group of LGBT-friendly states at the United Nations in New York and of the Equal Rights Coalition, a group of 33 countries committed to the rights of LGBT people.

Local activists and their organizations have been at the forefront of efforts to advance the rights of LGBT people in the region, including by challenging discriminatory laws in court and exposing human rights violations. In some countries, activists have participated in LGBT awareness training for law enforcement agents. In others, advocates have challenged discriminatory legislation including by petitioning the Inter-American Commission on Human Rights (IACHR). Groups in the region have participated in strategic litigation initiatives.

The governments of Antigua and Barbuda, Barbados, Dominica, Grenada, Saint Kitts and Nevis, Saint Lucia, and Saint Vincent and the Grenadines should repeal all laws that criminalize consensual sexual activity among people of the same sex. They should pass comprehensive legislation that prohibits discrimination, including on grounds of gender identity and sexual orientation, and that includes effective measures to identify, prevent, and respond to discrimination.