(Nairobi) – Ongoing violence in the Rift Valley is causing insecurity and forced displacement that could potentially keep thousands of people from voting in the August 2017 national elections, Human Rights Watch said today.

Kenyan authorities should urgently investigate violence in Baringo and Laikipia counties, ensure that law enforcement operations are lawful, and take all reasonable steps to ensure protection for residents. The Electoral Commission should ensure that polling places remain accessible and operate in safe areas so voting can proceed.

“Police failure to enforce the law and contain escalating insecurity in parts of the Rift Valley could have a serious impact on people’s ability to vote in the August election,” said Otsieno Namwaya, Africa researcher at Human Rights Watch. “Authorities should move swiftly to provide protection to residents.”

The credibility of elections in Baringo and Laikipia could be undermined if the authorities fail to provide adequate security to all and ensure that those who want to vote are able to do so, Human Rights Watch said. The deaths of at least three political figures in the Rift Valley should be adequately investigated and those responsible held to account.

Residents described raids on villages by suspected cattle rustlers and invasions of ranches by herders looking for pasture following a long running drought in parts of the Rift Valley. Baringo residents said the ethnic Pokot and Samburu herders have in the past faced a similarly serious drought, but the situation rarely resulted in conflict because the government often persuaded private ranchers to allow herdsmen to graze in the ranches until the end of drought. Residents said they felt that the Kenyatta administration should have tried this approach.

Residents of all three counties said that the authorities have yet to adequately investigate the violence or to prosecute those responsible and that the police are not adequately protecting them from raids, attacks, threats, and intimidation.

Laikipia county, known for large ranches established in the pre-independence period by Kenya’s white community, has in recent months been hit by conflict pitting private ranch owners against Pokot and Samburu herders. Kenyan authorities have responded to clashes with a heavy deployment of military and police. Residents said that Kenyan military officers were routinely shooting livestock that they found on any of the private ranches. Killing livestock harms the livelihoods of the Pokot ethnic group, and increases vulnerability and tensions as the election nears, Human Rights Watch said.

Turkana and Baringo have had long-standing insecurity characterized by ethnic clashes and cattle rustling between the Pokot, Turkana, and Kalenjin ethnic groups. Baringo residents said that even though the government has deployed an increased number of military and police officers in the county in the last two years, the authorities have failed to stem insecurity.

In early May, Baringo Senator Gideon Moi told the media, “We cannot understand why the attacks continue when we have well-equipped officers on the ground.”

Since the latest round of violence in Baringo county, at least three political leaders have been killed. On February 18 in the town of Kabarnet, unidentified gunmen shot and killed Frederick Kibet Cheretei, a member of county assembly, and Simon “Pepe” Kitamba, a parliamentary aspirant for the Tiaty constituency. Baringo County Commissioner, Peter Okwanyo, told the media that the masked gunmen burned the victims’ vehicles after killing them. Human Rights Watch found that police have yet to adequately investigate the killings. 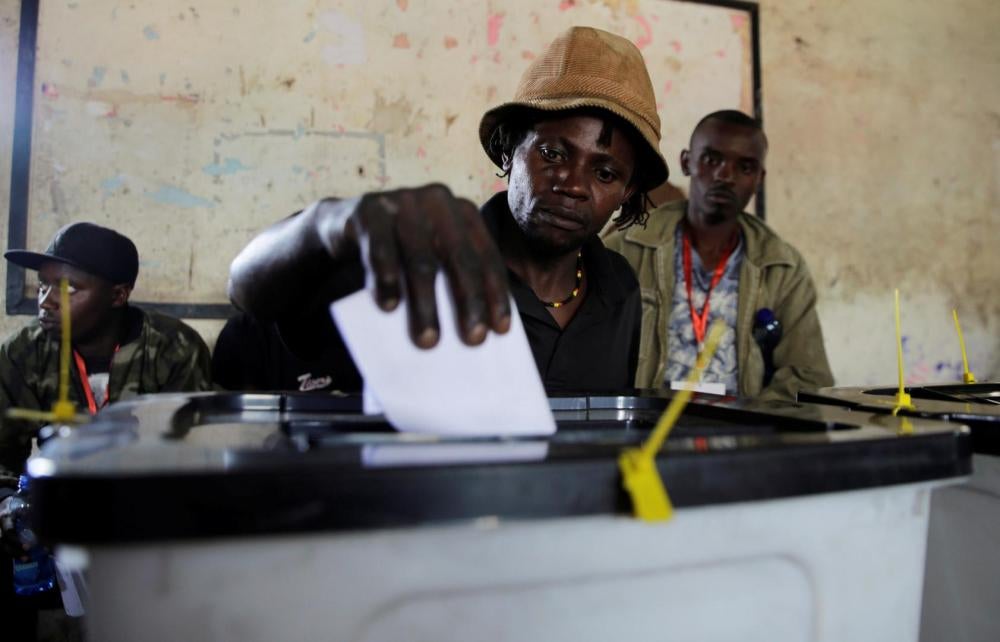 
On May 17, the Kenyan media reported that people who introduced themselves as police officers arrested Thomas Minito, a member of the Baringo county assembly. Two days later, motorcycle taxi riders discovered Minito’s body in the Athi River in the Ol Donyo Sabuk area of eastern Kenya. Two government chiefs and one human rights activist in Baringo told Human Rights Watch that Minito had twice previously been arrested in connection with attacks on private ranches by pastoralist herders in Laikipia county, and the April shooting incident in which a ranch owner, Kuki Gallman, was injured. Residents said that Minito had been a vocal critic of the way Kenyan authorities handled the conflict between herders and ranchers.

People in some areas of Baringo were already unable to vote in party primaries earlier this year. An elections official in charge of a polling station in Tiaty said that this was explicitly due to the ongoing insecurity and military operations in the area. A government chief in Baringo estimated that more than 10,000 people in the county have been displaced and that at least 22 polling stations are in places that are now inaccessible due to insecurity. “If the government fails to do something quickly, there is no doubt that these people are not going to vote,” he told Human Rights Watch.

A former official of the Independent Electoral and Boundaries Commission (IEBC) in Baringo said that many polling stations are in places that are inaccessible to voters due to insecurity: “No one knows whether they will be accessible on election day. In most of these places, people have been displaced and no one goes there.” He said his team had recommended that the commission should move the affected polling centers to secure locations so that people could vote.

A farmer from Lamaywe village, in Baringo county, who has been displaced and is now living in a makeshift home in another location said that, even if the polling places in his area were opened, he wouldn’t feel safe enough to return to vote. “An attack there can happen any time,” he said, “even during the day, and police do nothing. Sometimes we wonder whether the attackers have overpowered police and the military or whether police are just not willing to protect us.”

A candidate for a county assembly position said that insecurity has made campaigning difficult. “My people have been scattered to three different counties – Nakuru, Laikipia, and Baringo,” he said. “I have been going around these places to try and trace them but it is very expensive and I also don’t know whether, even if I get them, they will actually come and vote.”

Andrew Limo, the election commission communications manager, ruled out the possibility of polling places being moved to safe locations: “We will maintain the polling stations as gazetted because any ad hoc changes can cause confusion and even trigger lawsuits. Suppose a voter turns up at the known polling station and finds it is not operating? We are working with security agencies to ensure that security in the affected area is improved so that people can vote on election day,” he said.

“Kenya’s government needs to lawfully address the security crisis in parts of the Rift Valley ahead of the August vote,” Namwaya said. “Polling stations need to be in areas where people can access them without fear for their safety.”