(New York) – The Chinese government should acknowledge its role in the massacre of untold numbers of peaceful pro-democracy demonstrators around June 4, 1989, and hold perpetrators to account, Human Rights Watch said today. Authorities should allow commemorations of the occasion, and release those imprisoned for having done so in the past.

“While President Xi Jinping preaches openness on the world stage, his government buries the truth about the Tiananmen Massacre through silence, denial and persecution of those who mark the occasion,” said Sophie Richardson, China director at Human Rights Watch. “Until Beijing reverses course and owns up to its past atrocities, Xi’s calls have little credibility.”

As in past years, to preempt dissent and commemoration of the Tiananmen Massacre, Chinese authorities have heightened surveillance and control of activists as June 4 draws closer. In May, the police in Guangzhou repeatedly harassed human rights lawyer Huang Simin and her partner, writer Li Xuewen, forcing them out of the city. Guangzhou police also broke up a gathering of activists at a restaurant, including Wang Aizhong, who was detained and interrogated for hours after the gathering at a police station. Over a dozen police officers in Shandong Province blocked a group of activists from going to retired professor Sun Wenguang’s home to attend a gathering to commemorate the Tiananmen Massacre.

Over the past year, a number of activists have been detained, charged, or sentenced for commemorating the Tiananmen Massacre. In March, authorities in Chengdu, Sichuan’s capital, charged Chen Bing, Fu Hailu, Luo Fuyu, and Zhang Junyong with “inciting subversion of state power” for producing and selling a liquor named “Eight Liquor Six Four,” a homophone for “89.6.4,” the numerical date of the massacre. In March a Chengdu court sentenced activist Chen Yunfei to four years in prison for “picking quarrels and provoking trouble” after he organized a memorial service for victims of the massacre. In April, Guangzhou-based activist Liu Bing was detained on suspicion of “picking quarrels and provoking trouble” after he held up a poster in public calling for people to go to the street to protest on June 4.

While the last individual known to have been imprisoned for his involvement in the 1989 pro-democracy protests was released in October 2016, many other participants have been re-incarcerated for their continuing pro-democracy activism, including Nobel Peace Prize winner Liu Xiaobo, Sichuan activists Liu Xianbin and Chen Wei, and Guangdong activist Guo Feixiong. Under President Xi, the Chinese government has aggressively cracked down on a broad array of human rights, targeting civil society activists, further constricting freedom of expression and religion, as well as increasing ideological control.

While the Chinese government continues to ignore international and domestic calls for justice for the Tiananmen Massacre, foreign governments have adopted new measures to bring accountability for human rights violations around the world. In December 2016, the US Congress passed the Global Magnitsky Human Rights Accountability Act, which will allow the US to impose sanctions and deny visas to individuals credibly alleged to be responsible for human rights violations. In the UK, legislators will also be voting on proposals similar to the Magnitsky Act which, if passed, will enable the UK government and private entities to apply for the freezing of assets of human rights abusers around the world. In May 2017, the Canadian government announced that it will support a Senate bill that would expand Canadian sanctions legislation against human rights abusers, freezing their assets and denying them visas.

“New mechanisms to act against rights violators abroad are renewing hopes that one day those responsible for the Tiananmen Massacre could be held accountable,” said Richardson. “This should give pause to President Xi and other Chinese leaders who continue to commit serious rights abuses.”

Background: Bloodshed in 1989
The Tiananmen Massacre was precipitated by the peaceful gatherings of students, workers, and others in Beijing’s Tiananmen Square and other cities in April 1989, calling for freedom of expression, accountability, and an end to corruption. The government responded to the intensifying protests in late May 1989 by declaring martial law. 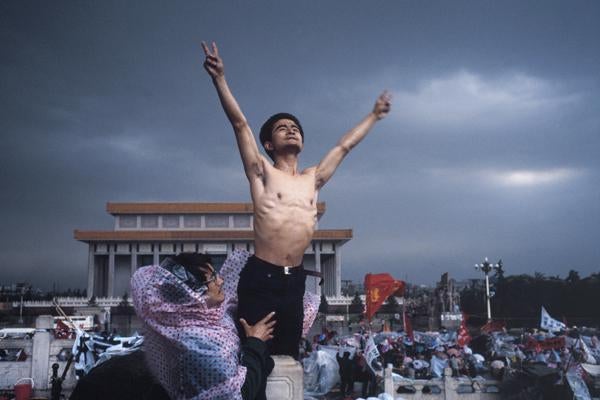 
On June 3 and 4, the military opened fire and killed untold numbers of peaceful protesters and bystanders. In Beijing, some citizens attacked army convoys and burned vehicles in response to the military’s violence. Following the killings, the government implemented a national crackdown and arrested thousands for “counter-revolution” and other criminal charges, including disrupting social order and arson.

The government has never accepted responsibility for the massacre or held any officials legally accountable for the killings. It has been unwilling to conduct an investigation into the events or release data on those who were killed, injured, forcibly disappeared, or imprisoned. The nongovernmental organization Tiananmen Mothers, consisting mostly of family members of those killed, has established the details of 202 people who were killed during the suppression of the movement in Beijing and other cities. During the 28 years since the massacre, many members of the Tiananmen Mothers as well as participants who had been imprisoned – including Yu Zhijian, who served 12 years in prison for throwing ink onto Mao Zedong’s portrait at in Tiananmen Square – have passed away without seeing justice.

Human Rights Watch urges the Chinese government to mark the 28th anniversary of June 4, 1989, by addressing the human rights violations pertaining to the event. Specifically, the government should: