When Tiombe Kimana Carlos committed suicide at 34, she had spent two-and-a-half years in immigration detention at York County Prison in Pennsylvania. And, according to her lawyer, there was no end in sight.

This was not her first suicide attempt in detention. Carlos, who had been diagnosed with schizophrenia at age 14, had been placed on suicide watch five times. A few months earlier, she’d attempted to hang herself in her room, using a bedsheet as a noose. And yet she still ended up in solitary confinement and without adequate mental health care.

Carlos’s case is representative of the dangerously subpar health care – including mental health care – that many people receive in immigration detention, as documented in a new Human Rights Watch report, “Systemic Indifference.” Detainees have even died from treatable diseases like diabetes, pneumonia, and staph infections. 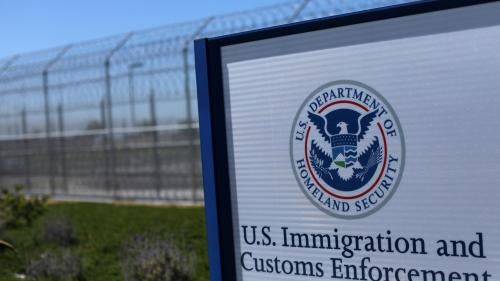 Carlos killed herself on October 23, 2013. When Carlos entered York County Prison, a licensed professional counselor noted her mental health history in a mental health evaluation. But staff failed to create a mental health treatment plan for Carlos. After her first suicide attempt on August 13, 2013, a counselor said that he considered her action “a suicidal gesture, not a suicide attempt, because she waited for officers to enter her cell before dropping from the stool,” as noted in the summary of a government investigation into her death. Another correctional officer said the attempt was “done for attention.”

Carlos was further isolated and neglected during multiple, prolonged stays in solitary confinement. She spent at least nine months in isolation over 12 separate instances – including the two-and-a-half months immediately preceding her death. Independent medical experts noted that inadequate mental health care and the misuse of isolation could have significantly exacerbated her mental health condition.

Carlos was desperate to get out of solitary confinement, and to be around others. Thomas Griffin, Carlos’s immigration lawyer, describes her as sweet and gentle, but also gregarious and fun to be around.

“If she was with her friends, the ladies that she had met and came to know over the years, she would have been happier, she may have lasted longer,” he said. “But life was becoming really, really terrible.” He recalls her frustration in the months leading to her death: “She was telling her fellow inmates that she couldn’t take it anymore. Then, at one point, she gave away her stuff and she says, ‘I’m going to go.’”

Carlos, who had emigrated to the United States from Antigua and Barbuda with her family as a child, had landed in immigration detention two-and-a-half years earlier, after serving time in state prison for assault. She had a criminal record for petty crimes and misdemeanors. Carlos was a lawful permanent resident, or green card holder. But because she was not a citizen, her criminal record meant that she could be deported.

While the Department of Homeland Security tried to obtain a travel document for Carlos from Antigua so she could be removed from the US, her mental health deteriorated. She received minimal treatment aside from injections of Haldol, an antipsychotic medication. Although it was meant to be administered every two weeks, Carlos received injections inconsistently. She had no comprehensive mental health care. US Immigration and Customs Enforcement’s (ICE) Office of Detention Oversight later found that the facility violated the ICE standards for detention conditions by failing to create a mental health treatment plan for Carlos.

Independent medical experts who analyzed ICE’s records from its own investigations determined that the care Carlos received while in detention was “woefully inadequate.”

“Staff were aware that this patient suffered from an acute and serious mental illness and was a) not getting treatment for it, and b) was not transferred to a facility that could provide that treatment,” said Dr. Marc Stern, a correctional health expert. “Instead, medical staff keep doing the same thing and expecting a different outcome. They keep giving her [anti-psychotic medication] and no therapy and she keeps trying to kill herself.”

Carlos eventually succeeded in killing herself, while in solitary confinement, by using a bedsheet and hanging it from a bar in a window inside her cell.

When Griffin received the news, he started crying. He couldn’t believe it, and yet he says he had known something like this would happen: “No one else was coming through for her, including me.”