As Burundi descends further into violence, killings, abductions, torture and arbitrary arrests have become a daily occurrence. The crisis erupted in April 2015 when President Pierre Nkurunziza announced he would seek a controversial third term in office. His decision triggered widespread public protests, which the police brutally repressed. Armed opposition groups have also increasingly resorted to violence. While Burundi’s security forces are targeting anyone deemed critical of the government, it has been difficult to identify who is responsible for some of the killings. The country is gripped by a climate of fear, distrust and lawlessness. Human Rights Watch’s Carina Tertsakian talks to Birgit Schwarz about her recent visit to Burundi, the dangers of investigating human rights abuses under difficult conditions, and images illustrating the gravity of the situation.

What was the situation in Burundi like when you were there?

The level of violence had reached a new height. State agents are using very brutal tactics against suspected opponents. Increasingly, too, people go missing. In late 2015, almost every day, residents of the capital, Bujumbura were finding dead bodies, some with horrific injuries. In the video footage and photographs we just published, there are some striking shots of people standing around with two, three dead bodies just lying there in the street, covered with sheets. Some of the scenes captured in the images were so shocking that we decided not to include them: pictures of people whose throats were slit, who had deep wounds across their neck, whose limbs had been smashed. A very deep fear has spread among the population in Bujumbura. People are terrified, they don't trust each other any more, they’re constantly looking over their shoulder. 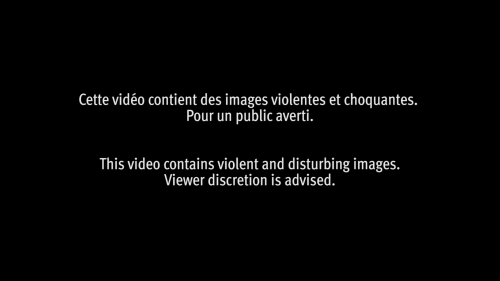 Why did you decide to make some of these photographs public?

Sometimes pictures can say so much more than words. Actually seeing the bodies just lying there in the street brings home what people go through on a daily basis. You can hear about somebody having been tied up before being killed, but when you actually see the marks of the ropes and the arms bound behind the back, you realize the extent of the atrocities. Residents live with this level of violence on their doorsteps day in, day out.  Most of us can’t imagine such a thing.

How do you investigate human rights abuses under these circumstances?

Many Burundians assume these days that the intelligence services are watching them, watching us, watching anybody who may be doing something that the government might not like. Burundian activists also assume that they are being followed, and that their telephones may be tapped. It is therefore very difficult to persuade victims and witnesses to speak about what has happened. Many have been victims of arbitrary arrests, torture or ill-treatment themselves or they have seen their relatives, their friends, or their neighbors killed, tortured or taken away. It takes time to earn their trust. We had to spend a lot of time explaining to people that all our interviews are confidential. They were very frightened, and we had to take many precautions to protect them and their identities.

Does this descent into violence and lawlessness surprise you?

What has been quite shocking has been the speed with which the situation has deteriorated as well as the scale of the abuses. Until President Nkurunziza decided to stand for a third term, Burundi was a country that, despite many problems and decades of violence, had a very active, independent civil society movement and strong independent media. All of that has been destroyed by the government. The vast majority of human rights activists and journalists have fled the country after being repeatedly threatened. The country’s leading human rights activist, Pierre Claver Mbonimpa, was shot in the face in an assassination attempt in August. Luckily he survived, but with serious injuries. The government has shut down the most popular independent radio stations. Activists and journalists we would frequently meet when we visited Burundi in the past are not there anymore.

What were some of the most haunting accounts you came across?

Some of the most disturbing accounts were from parents whose sons have been taken away and never seen again, or of people who saw their neighbors shot outside their houses. The story of a man who was arrested and injured on December 11, a particularly dark day in Bujumbura, shows the cruelty with which the security forces operate. More than 100 people were killed that day after military installations had been attacked, presumably by armed opposition groups. Police and the military started dragging people out of their houses, looking for young men whom they accused of having taken part in the attack. They lined people up, beat them or just shot them dead there and then. One man was picked up by a group of policemen armed with machine guns, rocket launchers, Kalashnikov assault rifles, and grenades. They made him and a group of other men lie on their backs, arms spread. Then a policeman held a gun to his temple. But another shouted “Wait!” A third policeman then hacked into the man’s arm with an ax, the kind a butcher might use. When the man’s blood spurted into his face, his tormentor simply said: “I didn’t know it was so sharp.” Fortunately, the man survived.

What happens to the dead?

Some of the bodies have been buried in mass graves, but we have not been able to confirm all the details so far. We know that several mass graves exist in the Kanyosha area of Bujumbura. On December 12, the day after the attack on the military installation and the subsequent killings, police and members of the ruling party youth league, known as Imbonerakure, accompanied by local government officials, collected some of the bodies and took them away. We spoke to several people who witnessed Imbonerakure digging mass graves in the Kanyosha cemetery. The witnesses described quite graphically how the bodies were buried. What was particularly shocking was that no one, not even the authorities, made any attempt to identify the victims or find out how they were killed before burying them.

What sometimes also happens is that bodies are dumped in a different place from where they were killed. So when they are found, local residents may not recognize the victims. Furthermore, people are often killed at night so there may not be witnesses to the murder. And in some particularly gruesome cases, people have been badly mutilated, even decapitated. So it becomes even more difficult to know who the victim is.

Where are those who have been forcibly disappeared?

Given the very secretive nature of enforced disappearances, it is impossible to confirm where the missing people have been taken.  These abductions and “disappearances” are a relatively new phenomenon. And they have become big business for some members of the intelligence services or the police. More and more often, families are being asked for ransom, often through intermediaries. They are told that if they hand over huge sums of money, the missing person will be released. The intermediaries can ask for US$300 to $1,900, money most people don’t have, but families are desperate. So they find ways of borrowing it. Yet often the person is not released. In some cases, the person may be dead before the families are even asked for money.

What has the recent flurry of high-level visits to Burundi achieved?

It is good that the United Nations Security Council, the African Union and the UN Human Rights Council are taking the situation seriously. But one or two visits of high-level delegations isn’t going to change the situation overnight. What is really important is for this international pressure to be sustained over the longer term and for diplomats to think of new ways of trying to resolve the crisis.

What leverage do the UN and the African Union have, given the Burundian government’s reluctance to engage in talks? What more should be done?

We shouldn’t look at the political dialogue as the miracle solution to the crisis in Burundi. The government has made it very clear that it is not interested in that dialogue and is constantly finding excuses to delay meaningful talks. Meanwhile people are being killed and tortured every day. If we wait for that dialogue to take off, people will keep dying.  The Security Council needs to persuade the Burundian government to agree to the deployment of a substantial international police presence. The deployment of international police in neighborhoods most affected by the violence might not solve the crisis immediately, but would at least reduce the number of abuses committed by both sides and act as a deterrent.

What would Burundians like international and regional actors to do?

Burundians are desperate and feeling quite abandoned. Some appreciate the efforts being made by governments, the UN and the AU. But others feel that it is too little too late. In February, the AU decided not to send in the proposed AU force without the consent of the Burundian government. Many Burundians we spoke to felt disappointed and even betrayed by this decision.