Today marks another grim milestone for the detention facility at Guantanamo Bay – the 14th anniversary since the first detainees arrived there, hooded and shackled. On his first full day in office in 2009, United States President Barack Obama signed an executive order to close the facility within one year, but the prison remains open, with 104 men still detained.

Last month, the Obama administration once again promised to step up efforts to close the facility, and announced plans to transfer 17 detainees in January, which would be the largest number in a single month since 2007. Three of those transfers happened last week.

But much more needs to be done if Obama is to meet his goal by the end of his term, including speeding up the reviews that can lead to detainee releases. The Periodic Review Boards were established by executive order in May 2011 and were supposed to begin reviewing cases within a year. But they did not start until November 2013. Since then, the boards have issued decisions for 18 detainees, approving transfer of 15. Another 49 detainees await review. 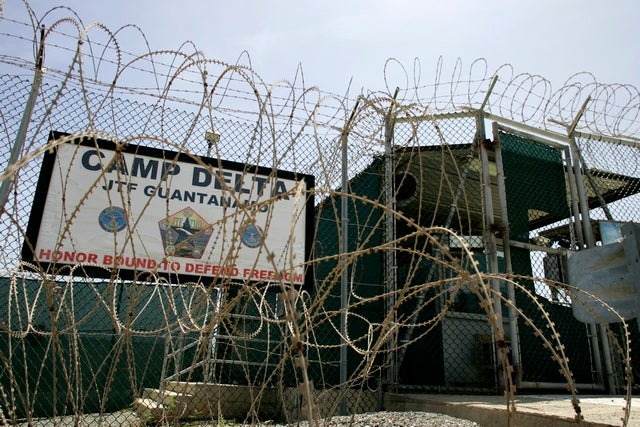 Obama still has the chance to keep to his promise. Join us and call for the closure of Guantanamo detention site and an end to indefinite detention. #CloseGitmo&#13;

The government has already cleared an additional 45 detainees for release, most of them in 2010 by an interagency task force, but they have yet to be transferred home or to third countries. Among them is Tariq Ba Odah, a 37-year-old Yemeni who has been at Guantanamo since 2002. He has been on hunger strike for the past nine years and now weighs 74 pounds. He was cleared for release in 2010, but as recently reported by Reuters, the Defense Department continues to thwart his transfer.

The administration appears to be planning to relocate to the US any detainees slated for release but not transferred abroad by the end of Obama’s term. But this will not end the inherent problem of Guantanamo – the prolonged detention of individuals without charge or trial in violation of international law. Simply moving those people to US soil would do nothing to stop this ongoing human rights violation.

The only Guantanamo detainees who should be transferred to the US are those the administration plans to prosecute. Right now, seven detainees face charges in the fundamentally flawed Guantanamo military commissions for the 9/11 attacks and other offenses. All of them can and should be tried in federal courts, which, though not without their own problems, have demonstrated the capability to meet international fair trial standards.

It is time to finally close Guantanamo and end indefinite detention without charge, but Obama is running out of time. Individuals who share the concerns of Human Rights Watch and other organizations should sign a new petition at WhiteHouse.gov that urges Obama to close Guantanamo the right way. Make this anniversary the last one.