At least 13 women have reportedly died and many others are hospitalized in critical condition in India’s central Chhattisgarh state after undergoing sterilization surgeries.

India has a long history of sterilization-related deaths, in part because state health workers are pressured to reach informal monthly sterilization “targets.” This leads many health workers to try to convince or coerce women to undergo sterilization or have IUDs inserted. While officially national targets were eliminated 20 years ago, the practice continues at the state and district levels. These latest deaths bring back memories of discussions I had with health workers in Gujarat state who said they faced salary cuts or dismissal if they did not meet their targets.  The government counts the number of sterilizations as a measure of “progress” without regard to the circumstances.

Access to information, informed consent, and quality of services are often sacrificed by this target-driven approach. Women may not find out about the range of contraceptive methods available or the irreversibility or potential medical complications of sterilization.

The deaths in Chhattisgarh occurred when 83 women underwent sterilizations within six hours –reportedly by only one surgeon with two assistants. Dr. Subhasri K., an experienced gynecologist and member of the reproductive health network, CommonHealth, told me it takes about 20 minutes to conduct one sterilization procedure carefully and hygienically.

The national and international outcry has already led to some action. The Chhattisgarh state government suspended the doctors involved and ordered an inquiry into the deaths. But a complete overhaul of family planning programs is needed and target-driven approaches should be eliminated.

India’s central government should address larger social issues that drive families to have more children – including son preference and the lack of social security for the elderly. It should also invite health and human rights experts from within India to help develop better ways to monitor progress that do not fuel coercive practices. 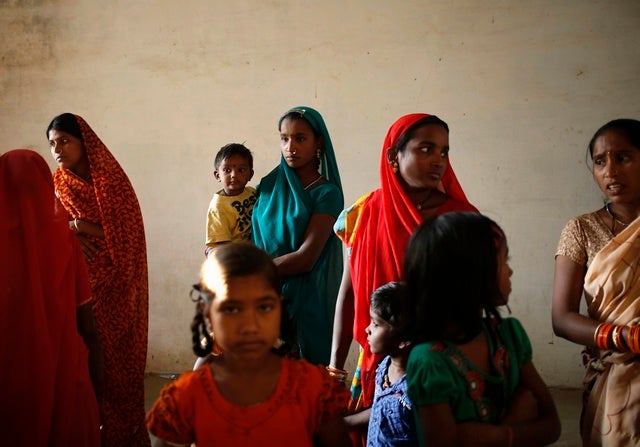 Relatives of a woman, who died after she underwent a sterilization surgery at a government mass sterilization "camp", take part in her funeral rites at her home in Chhattisgarh state, India, on November 13, 2014. © 2014 Reuters