Donate Now
As Russia hosts the World Cup—the biggest single-event sports competition on the planet—the Fédération Internationale de Football Association (FIFA) should make clear that its rules off the pitch are as important as those on it.

FIFA rules strictly prohibit discrimination of any kind and threaten violators with suspension or expulsion from the federation. Sadly, in the lead-up to the games, Russian authorities have abused journalists and human rights defenders. They are also enforcing anti-gay discriminatory laws and policies.

We know FIFA can move host governments. When Brazil hosted the last World Cup, in 2014, FIFA successfully pressured Congress to change Brazilian law and allow beer to be sold in soccer stadiums. Brazil had banned alcohol at football matches to help stem rowdiness and violence among rival fans. But Budweiser, the beer-maker, was a big sponsor, and FIFA’s then-secretary general insisted that “alcoholic drinks are part of the World Cup.”

If FIFA can influence policies and legislation in countries hosting the World Cup to please sponsors, it certainly can do more to uphold shared values in respect to human rights. FIFA has both a responsibility to protect its fans—including lesbian, gay, bisexual, and transgender fans--and an opportunity to leverage power for the common good.

Russia’s discriminatory anti-gay “propaganda” law entered into force five years ago, shortly before the torch flared for the Sochi Olympics. It outlaws making available positive information about LGBT people that children might see, and it contributed to a rise in anti-gay violence.

FIFA talks a good game, but often its follow-through is weak. Last year, despite a horrific anti-gay purge in the Russian republic of Chechnya, it put Grozny, the Chechen capital, on its list of official World Cup training sites.

More than 60,000 Brazilians are headed to Russia with tickets in hand, and the foreign affairs minister just issued tourist guidelines recommending that LGBT Brazilians avoid public displays of affection. Fare, a group that fights discrimination in football worldwide, has likewise warned fans with same-sex partners not to hold hands in public during the World Cup.

Now, as the games kick off in Moscow’s Luzhniki Stadium, it’s time for FIFA to say publicly that Russian authorities should abide by its anti-discrimination rules and ensure that staff and officials provide a welcoming atmosphere for LGBT people at all events—on the pitch, in the stands, and beyond. Top sponsors of the World Cup—including Coca Cola, Visa, and Adidas – should join in the chorus for FIFA to act. Alcoholic drinks may be part of the event this year, but violations of LGBT rights should not be. 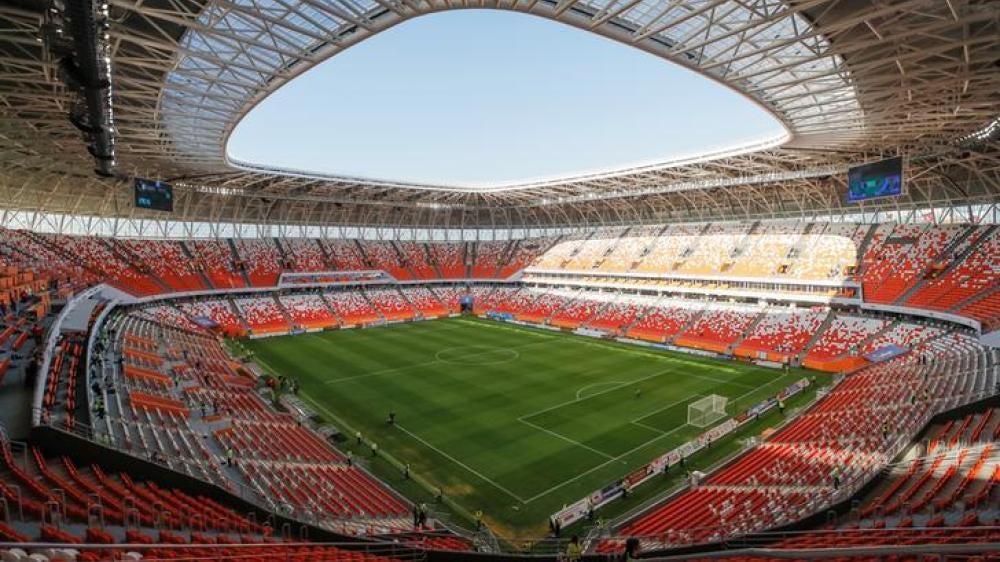 It’s not only about Russia. Qatar, which has laws to punish people who engage in same sex relations with one to three years in prison, will host the World Cup in four years. Human rights concerns there were enough to make the fast-food chain McDonald’s announce that after this summer, it will no longer sponsor the World Cup.

The soccer federation has a lot of power. It should make clear to Russia, Qatar, and any other future host that homophobia and any other kind of human rights violation has no role in the games.